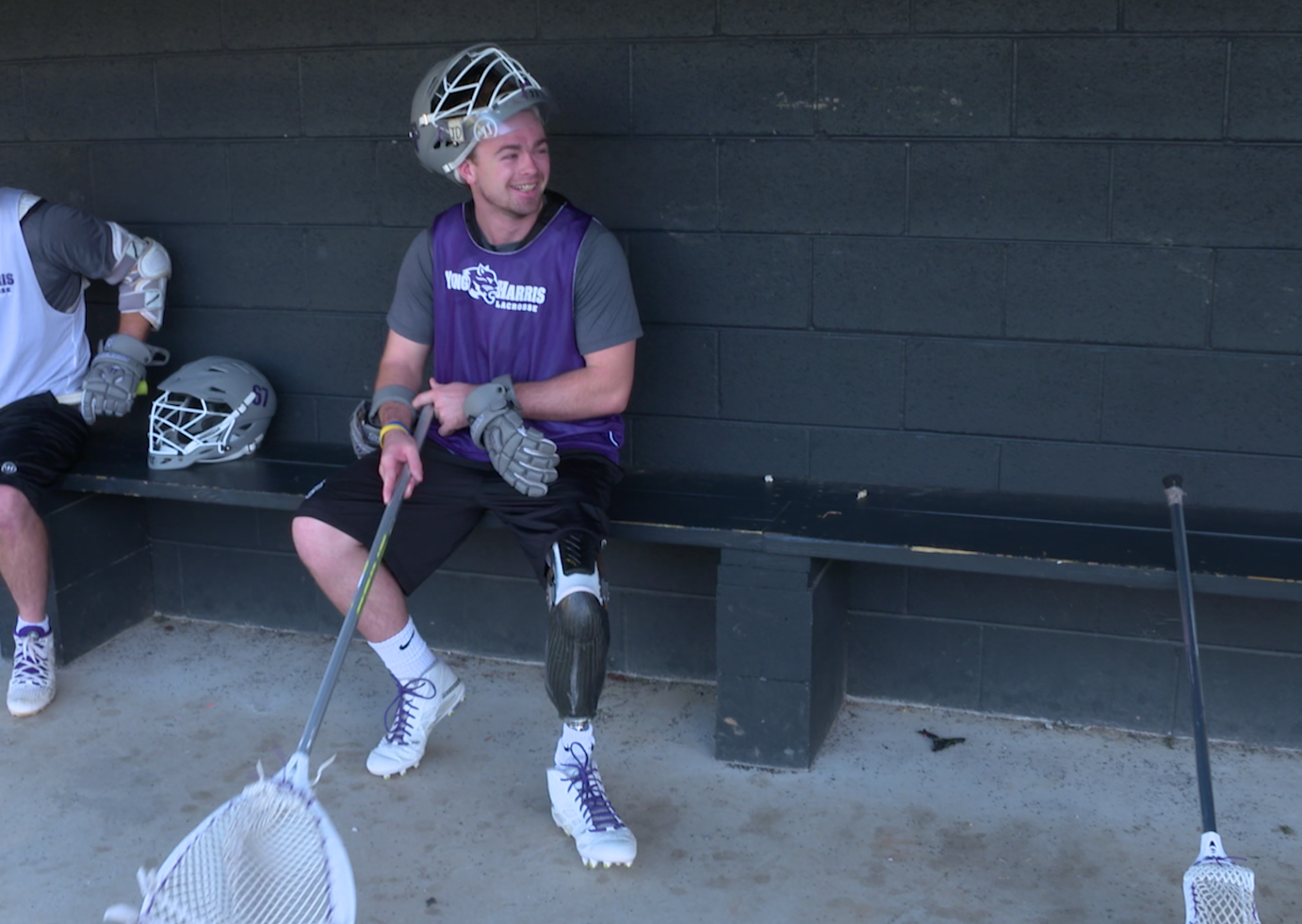 Sean Dever describes himself as the kind of kid who always took gym class too seriously. From an early age he played basketball, football and followed his older brother's footsteps onto the lacrosse field. It was there, at age 11, that he tripped and fell -- a seemingly minor accident that changed his life.

"I came up limping really, really bad," he explains. "My mom noticed as soon as I walked to the car."

They visited the doctor the following day. His X-rays didn't show anything abnormal, but his doctors recommended getting an MRI just in case. On July 11, 2007, Dever found out he had cancer.

For the next three months, Dever would be in and out of the hospital for chemotherapy treatment. There were two ways his family could drive there, one by highway the other back roads. He insisted on the back roads because the highway made him carsick. In hindsight, he realizes what was happening: "I know now that was just a psychological thing, that I knew I was going to the hospital if I went [on the highway] and I would get nauseous."

Then came surgery. From the beginning, Dever knew the tumor in his left leg would need to be removed. He had three choices. The first was a limb salvage procedure that would allow him to keep a portion of his upper leg and use an artificial knee. Dever declined that choice after considering the likelihood of needing many more surgeries as he grew -- and the fact that the somewhat fragile artificial knee could limit his activity level. "My main reason was they told me [the artificial knee] would be so brittle I couldn't go in the ocean because a wave could break it," says Dever. "I grew up going to the Jersey Shore all the time so I was definitely going to be going in the ocean -- so that was out for me."

His second option was a full amputation of the leg. That would take most of his femur but allow him to use a traditional prosthetic like many amputees have.

But Dever was intrigued by a third option -- called rotationplasty -- that doctors said could give him the most mobility. Choosing rotationplasty meant removing the portion of his leg with the tumor, rotating the lower part of his leg 180-degrees, then reattaching it -- so his ankle functioned much like a knee joint. The young athlete knew right away. "I'm thinking sports, mobility, that's what I want," Dever explains. "I was 11 and as soon as they said it to me, before I had talked to my parents about it, I had already made my choice. I didn't care about the way it would look -- my main concern was getting back on the field."

Dr. Mark Scarborough, professor and chair of orthopedic surgery at the University of Florida College of Medicine, was Sean's surgeon. "Patients best suited for rotationplasty have a bone cancer that is removable and usually the tumor occurs around the knee," he explains. "The patient is usually in the age they are still growing."

For an athlete like Dever, the surgery was an ideal fit. "Sean chose rotationplasty because he and his family knew he was interested in participating in sports and not interested in any kind of reconstructive technique that would limit his activity," says Dr. Scarborough. And Dever says getting back on the field was more important than the unique appearance of his new limb.

In October of 2007, Dever had rotationplasty surgery. Two months later, on December 3rd, he got his first prosthetic. The date just happened to be his sister's birthday -- they joke that his new leg upstaged her party that year. By March of 2008, he finished chemotherapy. Dever, then 12 years old, had endured a cancer diagnosis, a major surgery and six months of chemotherapy. But in many ways, his path to recovery had just begun.

"That summer was me learning to walk again," he says.

Within a few months Dever was already remarkably mobile. The prosthetic limited his straight-ahead speed, but he made up for it with quickness and agility. He was back on the playing field by fall. His parents, Mary Beth and John, were excited and anxious as they watched his basketball and football games. And on the lacrosse field, Dever took up a new position as goalie. During his first game, he let up a single goal. "That was a huge deal for me because I realized I was back."

And back in a big way. By his freshman year of high school, he showed enough skill to move up to varsity during his team's playoffs. During his junior year, college coaches were showing interest in him. By his senior year, he was a starter, and although they lost in overtime during the playoffs, his play had earned him a scholarship at Young Harris College in Georgia. "The day I signed with Young Harris was one of the best days of my life," he says, smiling at the memory. "I realized that just by signing that piece of paper I fulfilled a dream of playing in college."

Dever wants to play lacrosse as long as he can. He is majoring in public policy with a minor in sports studies and hopes to become a coach one day. And while he's reluctant to accept the praise, he's often called an inspiration and a role model. He works with kids who have gotten rotationplasty surgery by helping them through physical therapy exercises.

Dever is also very proud of his work with the non-profit organization CURE Childhood Cancer. "They're amazing," he says. "I try to help out as much as I can with them because they helped me out so much when I was in the hospital."

As for his cancer, Dever says it is completely gone. After surgery, a test for living cancer cells in his tumor came back "100 percent dead." He still gets regular check-ups but has been cancer free for eight years. "I beat cancer, so in my mind I can beat anything."