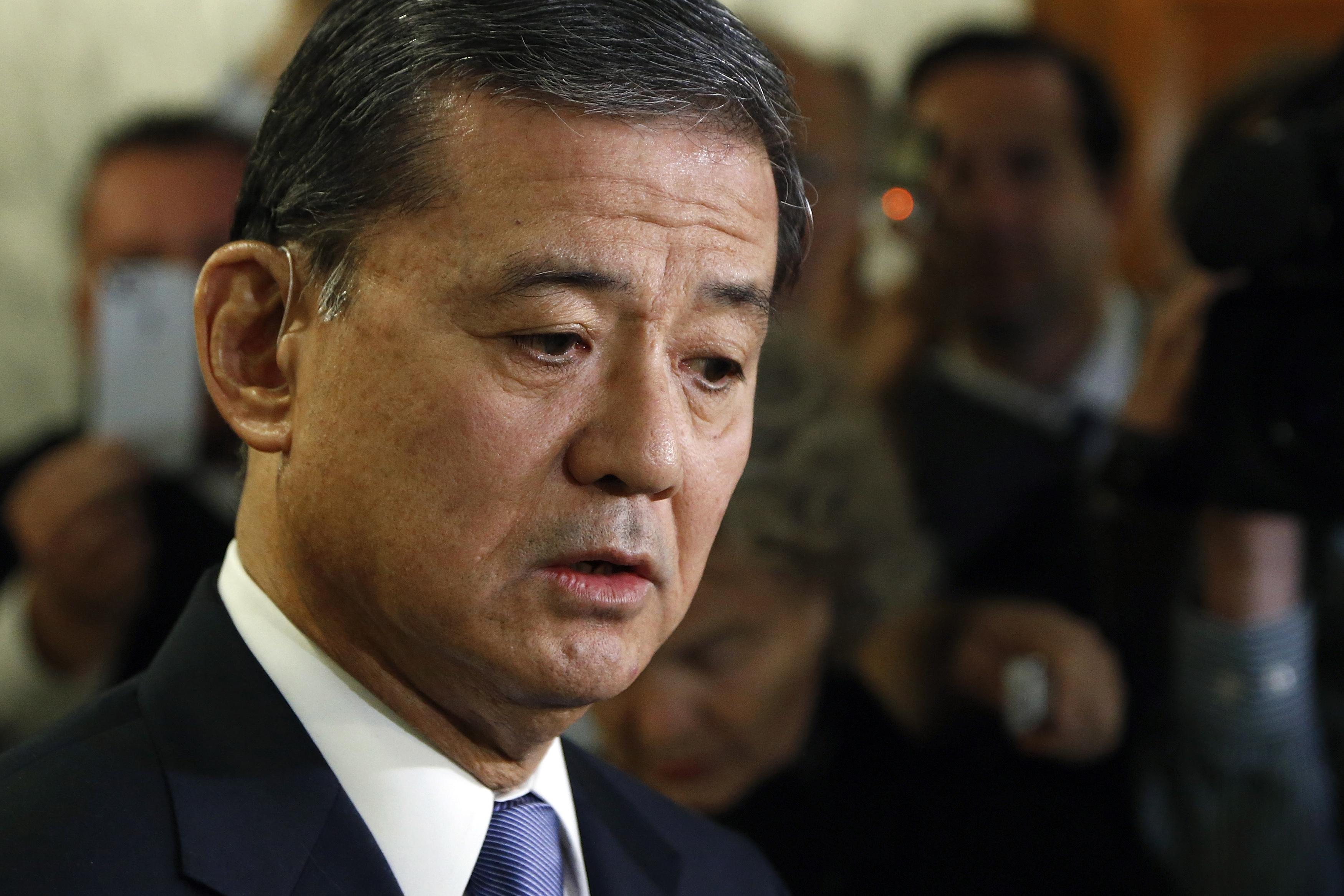 The House overwhelmingly approved a bill Wednesday that gives Veterans Affairs (VA) Secretary Eric Shinseki and future VA secretaries increased power to fire or demote senior VA officials in an attempt to reduce red tape that can stretch out the process of removing an ineffective staffer from their position.

The VA Management Accountability Act of 2014, authored by House Veterans' Affairs Committee Chairman Jeff Miller, R-Fla., was introduced back in February and is not a direct response to the ongoing problems of long wait times and possible secret waiting lists at VA hospitals across the country. But the bill could not have come to the floor at a more opportune time, as member after member has expressed their outrage that veterans have died waiting for care. It passed by a vote of 390 to 33.

"This legislation would give VA leaders a tool to address a problem that continues to get worse by the day. VA's widespread and systemic lack of accountability is exacerbating all of its most pressing problems, including the department's stubborn disability benefits backlog and a mounting toll of at least 31 recent preventable veteran deaths at VA medical centers across the country," Miller said when he introduced the bill earlier this year. It would affect about 450 employees.

Criticism of the legislation comes chiefly from the Senior Executives Association, a professional association that represents career federal executives in the Senior Executive Service (SES) and other senior-level positions. The groups sent a letter to members of Congress last week arguing that bill demonizes VA executives without actually fixing problems facing veterans' access to care.

"While it may seem like a quick fix to fire or demote VA executives (one third of whom are themselves veterans), our veterans deserve more than a bogus solution," the letter says.

It argues that senior executives are already subject to removal for poor performance but that giving the secretary such a vast authority to terminate employees will politicize civil servant positions that are meant to be protected from partisan changes at the most senior levels. That, the group argues, will lead quality managers and executives to seek work elsewhere.

Moreover, they note, Shinseki said himself in a letter to Miller "I believe the VA has sufficient authority to take swift action and hold employees and executives accountable for performance."

Rep. Mike Michaud, D-Maine., the ranking member House Veterans Affairs Committee, said he had reservations about the bill because it was not considered before the full committee. He ultimately supported the legislation because he wants to see better care for veterans, but had also offered his own version of the legislation. Michaud's bill would cover the entire senior management system of the VA, instead of a few hundred managers, and would seek to introduce more accountability into the management system with performance objectives tied to organizational goals and veterans outcomes that were assessed during annual performance reviews.

White House Press Secretary Jay Carney said Tuesday that the White House "share[s] the goals" of the bill, but had other unnamed concerns about the legislation. He did not indicate whether the president will sign it if it passes the Senate.

Sen. Marco Rubio, R-Fla., has introduced a companion bill in the Senate that is still being considered by the Senate Veterans Affairs Committee.

In response to President Obama's remarks on the VA scandal Wednesday, Republican leaders House Speaker John Boehner, R-Ohio, and Senate Minority Leader Mitch McConnell, R-Ky. - said the Senate should quickly take up and pass the bill and send it to the president for a signature.

The Iraq and Afghanistan Veterans of America, the largest organization representing veterans of those two wars, added its voice to those calling on Congress to swiftly pass the legislation.