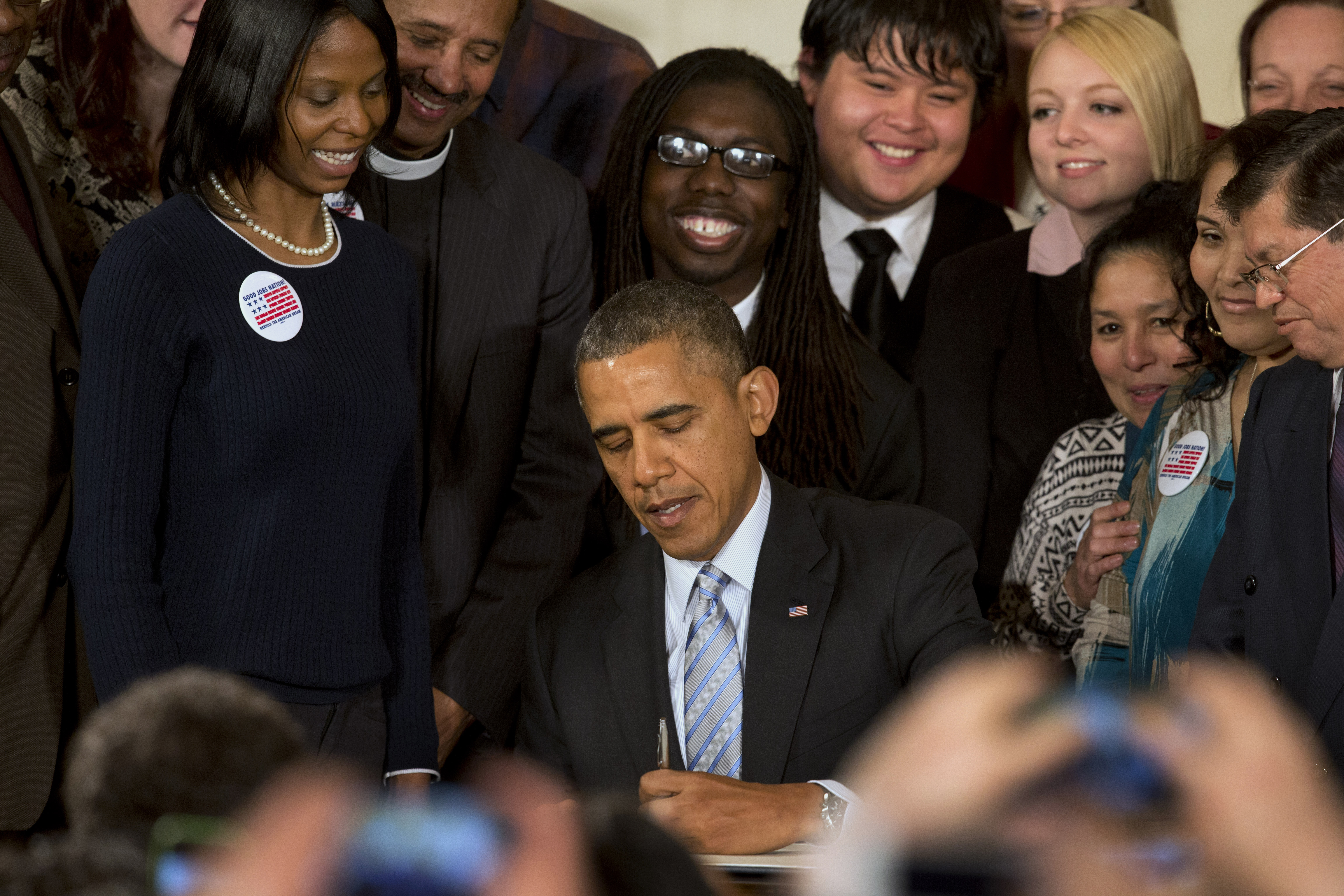 President Obama on Wednesday signed an executive order requiring federal contractors to pay their employees at least $10.10 an hour. In the absence of any congressional legislation raising the federal minimum wage, Mr. Obama said the executive order was just one more example of the “pen and phone” powers he wields as president.

“I'm going to do what I can; Congress should do what it needs to do,” he said from the East Room of the White House, flanked by workers who will benefit from the order. “I will not give up on this fight no matter how long it takes. America deserves a raise. Working families deserve to know some more economic security in their own lives.”

The executive order applies to new contracts beginning Jan. 1, 2015. The White House said it will benefit hundreds of thousands of people working under contracts with the federal government who are making less than $10.10 an hour. The administration also makes the case that it will improve the value of federal investments, since boosting low wages has been shown to reduce turnover while raising morale and leading to higher productivity.

Mr. Obama also noted that the federal minimum wage, currently $7.25, is in real terms worth about 20 percent less than it was when Ronald Reagan took office. And with each year that the minimum wage remains the same, it loses value due to inflation. Over the past year, the failure of Congress to act was the equivalent of a $200 pay cut for minimum wage workers, he said.

“Members of Congress have a pretty clear choice to make right now,” he said. “Raise our workers' wages, grow our economy, or let wages stagnate further and give workers what amounts to another pay cut this year.”