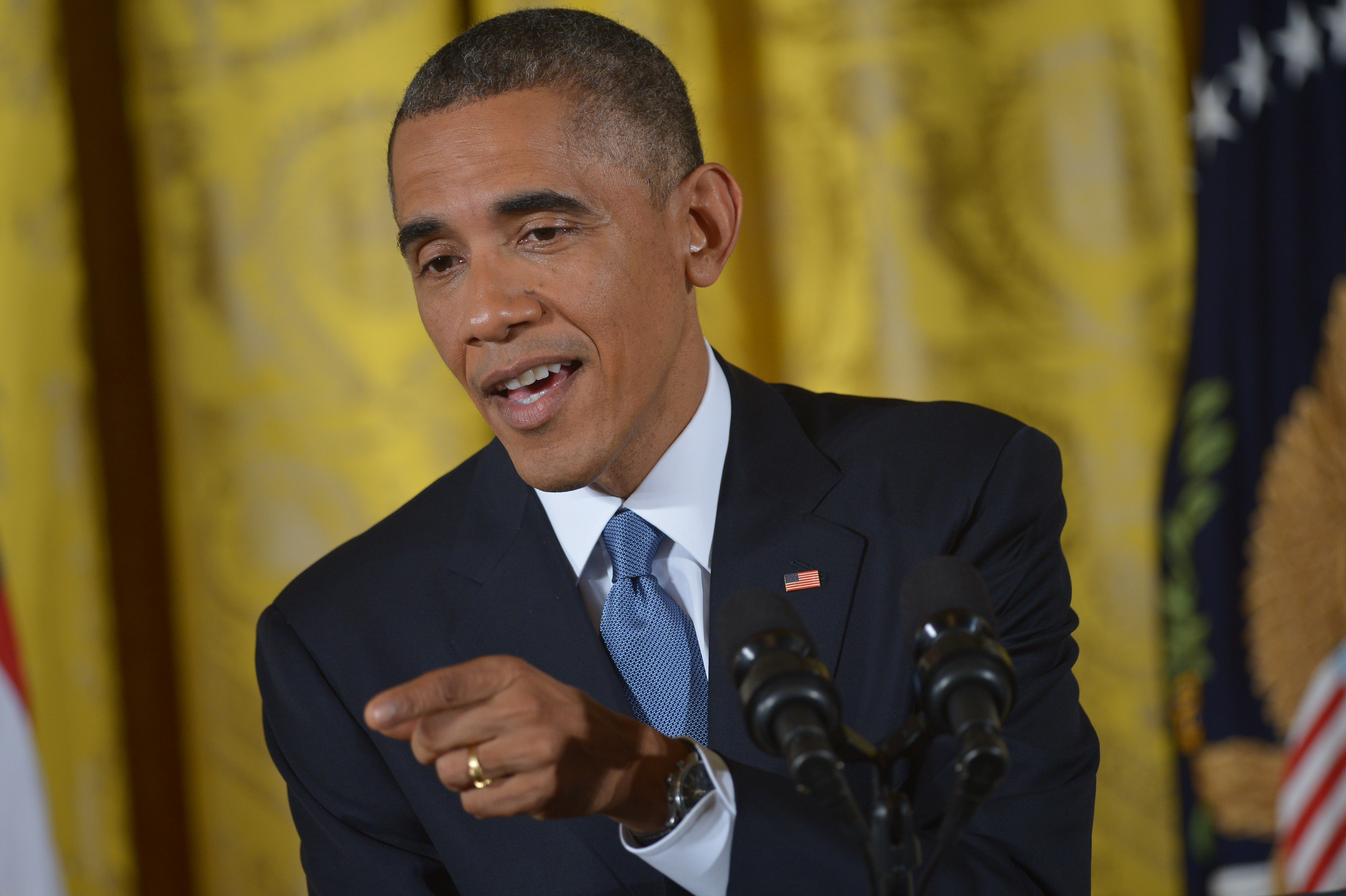 In the wake of a major Democratic defeat in the midterm elections, President Obama vowed cooperation with Republicans to move the country forward in the final two years of his presidency.

"The American people sent a message, one that they've sent for several elections now. They expect the people they elect to work as hard as they do," Mr. Obama said in a press conference the day after the election. "To everyone who voted, I want you to know that I hear you."

The pledge of bipartisanship is coming from both sides of the aisle, with Minority Leader Mitch McConnell, R-Kentucky - the likely next majority leader of the Senate - similarly said he read the election results as an instruction to break the gridlock.

Yet to hear the president talk about his priorities for the next year, it's impossible not to see clashes with the now Republican-controlled Congress as practically inevitable.

Mr. Obama said that taking executive action on immigration, which he had postponed until after the election, remains a top priority and vowed to move before the end of the year.

"I think it's fair to say that I have shown a lot of patience and have tried to work on a bipartisan basis as much as possible. And I'm going to keep on doing so. But in the meantime, let's figure out what we can do lawfully though executive actions to improve the functioning of the existing system," the president said, declining to give details on what exactly those actions would look like.

Such a move is sure to antagonize the new Republican Senate majority. McConnell warned in his own press conference Wednesday that it would be a "mistake" for the president to move forward with any executive actions on this. Many of the president's opponents who oppose any leniency for undocumented immigrants read the GOP's huge gains as a sign the American people were saying no to presidential action.

Mr. Obama, however, argued that his actions should actually "be a spur" for Republicans to move on immigration, because any law they pass would supersede his own actions.

There will be other clashes too: Republican lawmakers may push their leadership to hold votes on repealing the Affordable Care Act, something Mr. Obama said he "won't sign." He pledged to be open and receptive to all GOP ideas to improve the law, but said he would draw a line on anything that would result in newly insured Americans losing their coverage or undermining the basic structure of the law.

As for the president's priorities, he listed items that won't necessarily attract GOP support, such as using revenue from tax reform to make infrastructure investments or passing an increase in the federal minimum wage.

Even on one issue where there may be common ground-a pending trade agreement with Asia-the president would have to defy many in his party in order to move ahead.

Mr. Obama seemed to reject the idea that the election was a repudiation of his ideas or leadership, painting it instead as a call for more bipartisanship.

"The American people overwhelmingly believe that this town doesn't work well, and that it is not attentive to their needs. And as president, they rightly hold me accountable to do more to make it work properly," he said.

But he offered only the most modest suggestions improve his working relationship with Republicans, which has been almost nonexistent during his six years in office.

"If the ways that we're approaching the Republicans in congress isn't working, you know I'm gonna try different things, whether it's having a drink with Mitch McConnell, or letting John Boehner beat me again at golf, or weekly press conferences. I don't know if that would be effective," he said.

He said McConnell was a leader who "has never made a promise that he couldn't deliver," and mused, "I would enjoy having some Kentucky bourbon with Mitch McConnell."

But with Democrats still reeling from the Tuesday night losses, Mr. Obama suggested he was insulated from the disappointment.

"Our democracy is messy and we're diverse and we're big, and there are times when you're a politician and you're disappointed with election results. But maybe I'm just getting older. It doesn't make me mopey, it energizes me," he said. "It means that this democracy is working."