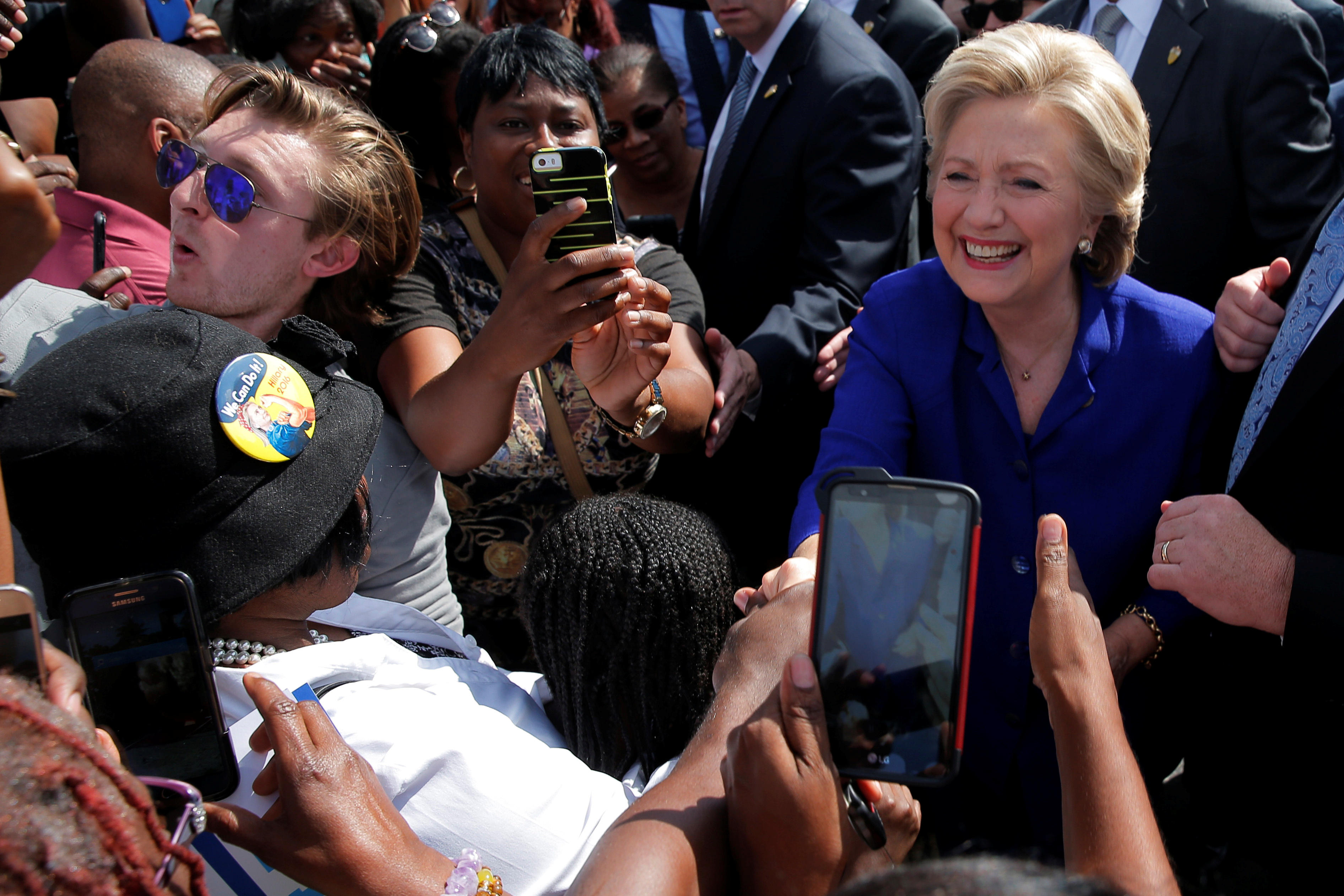 UPDATE: The Clinton campaign announced Saturday night that Hillary for America bought national air time for two 30-second television spots during Sunday Night Football to air testimonial ads from a father and a grandfather about why they are supporting Hillary Clinton, despite being Republicans.

How will fathers vote Tuesday? As the polls tighten, that’s one of the many questions I’m looking to have answered when the voting stops. We’ve all heard about Hillary Clinton’s lead with women voters and particularly with college-educated white women. But what about their husbands? Since the fall, the Clinton campaign has made a concerted effort to reach out to fathers and grandfathers. Will it pay off?

Republican strategists first alerted me to this push by the Clinton team. After the first debate, Trump took a hit in the first weeks of October with college-educated white men. In our CBS poll on Oct. 3, he had 47 percent of their support. In our next poll, Oct. 17, after the second debate, Trump’s support among white college-educated men had dropped to 37 percent. Ten points. Trump, who had been ahead with all men in early September by 11 points, dropped to only being ahead by 2 points in early October.

Why? Republicans said the drop in the polls might be the result of a concerted effort by the Clinton campaign to appeal to fathers.

It turns out they were right. Since the early fall, the Clinton campaign had been targeting male voters-- particularly fathers and grandfathers-- with a message about Donald Trump. The most potent form of it can be seen in a Democratic direct mail piece sent to New Hampshire voters. The picture on the front shows a man with a young girl, presumably his daughter. The largest type reads: “For me, voting for Trump would be setting the wrong example for my kids.”

On the back of the mail is a picture of the father. Below him is a catalog of what Donald Trump has said about women, a disabled reporter and Mexican immigrants. It ends with a values message: “When you vote, give your kids someone to look up to.”

The campaign also pitched television ads to dads like the one where a veteran speaks directly to camera about his vote: “I’ve been a Republican all my life, but I’m the father of three girls, but I can’t stand hearing Donald Trump call women “pigs,” “dogs,” and “bimbos.” The ads appeared on a variety of stations but were targeted in that mix to cable channels that have a larger male audience -- like those airing sporting events.

Throughout the campaign, the Clinton team has been constantly testing messages to see which ones appeal to what segment of voters. In the summer they were surprised to learn that fathers were reacting strongly to Trump’s comments. To experiment with their finding, they sent out four different family-related messages to voters in target areas. They called it their “divisiveness track,” targeting voters who might be moved by hearing Donald Trump’s words. What they had seen in surveys and focus groups was reaffirmed in the field: fathers were moved away from Trump by the message. The Clinton campaign even saw movement among the voting bloc that Clinton has had the most trouble reaching-- the white non-college-educated voters.

It’s hard to know how much this targeted effort-- which also included television ads with a more general message aimed at fathers-- has achieved. Republicans are admiring, but Trump also contributed a lot of the work on his own. As the targeted effort was underway, Donald Trump was also adding his own mistakes. He got into a fight with former Miss. Universe, Alicia Machado over whether she was overweight when she held the title. He also was heard on a 2005 “Access Hollywood” video boasting about being repeatedly successful sexually assaulting women. Republicans say nothing damaged the candidate’s standing with voters more than the video.

Now that the polls are tightening, the Clinton efforts and mid-October blunders may not bother male voters as much. In the latest CBS poll, white college-educated men had moved back into Trump’s camp. Forty-five percent of that group supported him, bringing him nearly to the point he was before the debates.

The ultimate question will be how well Trump does with fathers and grandfathers relative to previous Republicans. In 2012, fathers made up sixteen percent of the electorate. Mitt Romney won them 53 percent to 45 percent over Barack Obama. Among white fathers, Romney won 64 percent to 33 percent, according to exit polls. Among the many questions we’ll get to determine on election night is which candidate will be able to claim that fathers know best.