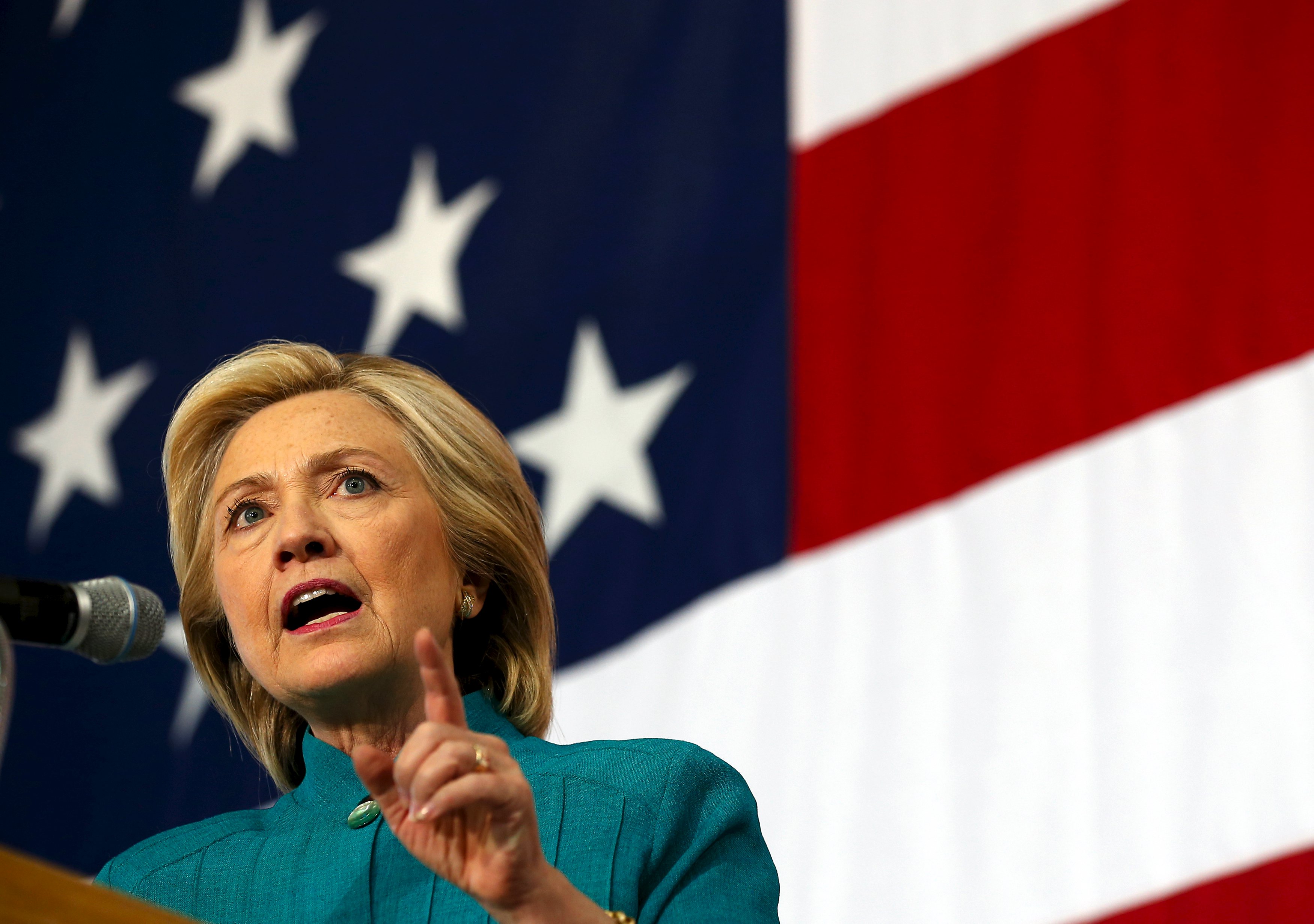 After weeks of silence on a free trade deal that divided the Democratic Party, Hillary Clinton has weighed in - and sided with Democrats who rebuked President Obama by killing a bill that would have fast-tracked the trade deal through Congress.

On Friday, House Democrats blocked a bill for worker retraining that was tied to Trade Promotion Authority (TPA), a bill that would speed up passage of the Trans-Pacific Partnership (TPP) by giving Congress a yes or no vote on a massive free-trade deal with Asian and Pacific nations negotiated by the White House. President Obama traveled to Capitol Hill Friday to woo members of his own party, only to find himself on the losing end of the vote hours later.

Now, Clinton said while campaigning in Des Moines, Iowa, Mr. Obama "should listen to and work with his allies in Congress, starting with Nancy Pelosi, who have expressed their concerns about the impact that a weak agreement would have on our workers to make sure we get the best, strongest deal possible, and if we don't get it, there should be no deal."

Pelosi, the House Minority Leader from California, led the efforts to kill the worker retraining bill Friday even though it has long been a Democratic priority. She said it would "slow down the fast track to get a better deal for the American people."

Clinton said she believes the president has an "amazing opportunity" to seek further concessions from America's trading partners by using Congress' objections as a negotiating tactic.

"Let's take the lemons and turn it into lemonade. Let's see if there is a way to get to an agreement that does do what I expect it to do," she said. She voiced her support for the worker retraining program, called Trade Adjustment Assistance (TAA), but added, "I am willing to try now to see whether you can push to get rid of the objectionable parts to drive a harder bargain on some of the other parts and to provide more transparency so that the American people can actually see what will be in a proposed final deal."

"If I were in the White House that's what I'd be doing right now," Clinton concluded.

She seemed to question Mr. Obama's negotiating abilities, declaring earlier in her remarks, "No president would be a tougher negotiator on behalf of American workers either with our trading partners or Republicans on Capitol Hill than I would be."

Clinton has come under fire from fellow Democrats for her relative silence on the trade issue as it became more and more heated in recent weeks. One of the loudest voices has been Bernie Sanders, the Independent senator from Vermont who is competing with Clinton for the Democratic nomination.

"Corporate America and Wall Street are going to bring that bill back to the House next week. I would hope very much that Secretary Clinton will side with every union in this country, virtually every environmental group, many religious groups, and say that this TPP policy is a disaster, that it must be defeated, and that we need to regroup and come up with a trade policy which demands that corporate America start investing in this country rather than in countries all over the world. So I look forward to working with the secretary on this issue," Sanders said Sunday on CBS' "Face the Nation" just hours before Clinton spoke in Iowa.

Though she has outlined her three key principles for any trade agreement -- it must protect American jobs, increase wages for American workers and be consistent with U.S. national security interests - Clinton hadn't explicitly said whether she supports TPP or the legislation that would fast-track the trade deal through Congress. She spoke favorably of TPP in her 2014 memoir, "Hard Choices."

Although Clinton appeared to support Pelosi's objections to the trade deal by encouraging Mr. Obama to listen to what she is saying, Clinton said her own position on TPP falls "in the group that says let's find out what's in it, and let's make it as good as it can be and then let's make a decision."