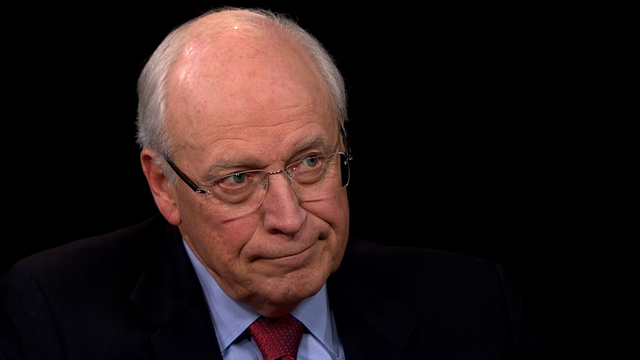 From Benghazi to Ukraine to Syria, the United States' foreign relationships have been mishandled left and right by both current and prior members of President Obama's administration, former Vice President Dick Cheney told "Fox News Sunday."

Then-Secretary of State Hillary Clinton "clearly bears responsibility for whatever the State Department did or didn't do with respect to" the Sept. 11, 2012 terror attack on a U.S. compound in Benghazi, Libya, Cheney said. He predicted the tragedy, which left four American diplomats dead, would be "a major issue" for Clinton, an early frontrunner for the 2016 Democratic presidential nomination.

"I don't think we've heard the last of it yet," Cheney said.

It's a safe prophecy, considering earlier this month, House Speaker John Boehner, R-Ohio, assigned a select committee to probe the State Department's handling of the strike, which has already cast itself as the primary strike against a potential Clinton campaign.

Meanwhile, Cheney's wife Lynne, accompanying the former vice president on the show, attempted to clarify a potentially disparaging remark against Hillary Clinton: The controversial theory she floated about the former first family forcing Monica Lewinsky's hand in her tell-all essay, she said, was really a statement on "how clever they are, politically."

"It seemed to me if you had something that might come up during the campaign that would be damaging, it was very smart to get it out of the way early," she explained. "So that's my case... and I'm staying with it."

But while Hillary Clinton may or may not be readying her own bid, the White House's current occupant is lagging behind on constructive talks with Russian President Vladimir Putin, Dick Cheney said. The United States has threatened to levy heavy economic sanctions against Russia should its leaders decline to play a constructive role in the May 25 presidential election in Ukraine.

President Obama, Cheney said, has "demonstrated repeatedly, I think, that he in fact can be pushed around, if you will, by Putin."

Adding that Putin sees Mr. Obama as a "weak president," Cheney also lobbed a criticism at the administration's management of the crisis in Syria, contending it "has seriously undermined our credibility in the region."