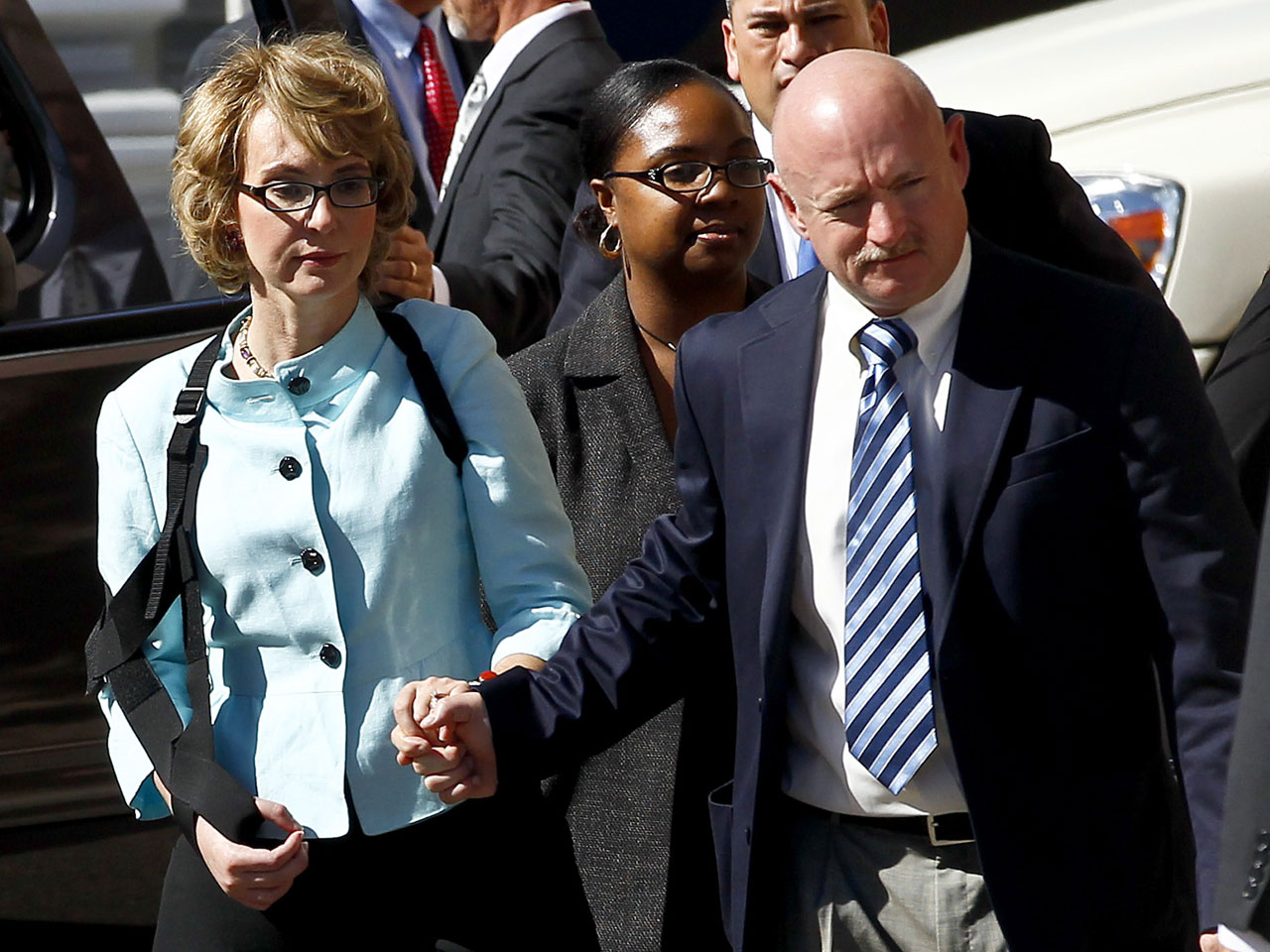 PHOENIX Former U.S. Rep. Gabrielle Giffords and her husband launched an initiative aimed at curbing gun violence on Tuesday, the second anniversary of the Tucson shooting that killed six people and left her critically injured.

Giffords and Mark Kelly wrote in an op-ed published in USA Today that their Americans for Responsible Solutions initiative would help raise money to support greater gun control efforts.

"Achieving reforms to reduce gun violence and prevent mass shootings will mean matching gun lobbyists in their reach and resources," they wrote in the column.

They said that it will "raise funds necessary to balance the influence of the gun lobby."

The move was hinted in Kelly's recent comments that he and Giffords want to become a prominent voice for gun control efforts.

The couple was expected to discuss the initiative in an interview airing Tuesday on ABC News. The network offered a preview of the interview Monday. Kelly described a meeting with a father of a Connecticut victim in which he "just about lost it" after the parent showed him a picture of his child.

"In response to a horrific series of shootings that has sown terror in our communities, victimized tens of thousands of Americans, and left one of its own bleeding and near death in a Tucson parking lot, Congress has done something quite extraordinary — nothing at all," Giffords and Kelly wrote in the op-ed.

"This country is known for using its determination and ingenuity to solve problems, big and small. Wise policy has conquered disease, protected us from dangerous products and substances, and made transportation safer. But when it comes to protecting our communities from gun violence, we're not even trying — and for the worst of reasons."

They write that Americans are less safe today because of gun advocates, such as the National Rifle Association, who purport to represent gun owners but are "really advancing the interests of an ideological fringe" by using big money and influence to threaten any politician who diverts from their agenda.

"Rather than working to find the balance between our rights and the regulation of a dangerous product, these groups have cast simple protections for our communities as existential threats to individual liberties," they write. "As a result, we are more vulnerable to gun violence."

They hope to start a national conversation about gun violence and raise funds for political activity, so "legislators will no longer have reason to fear the gun lobby."

"The children of Sandy Hook Elementary School and all victims of gun violence deserve fellow citizens and leaders who have the will to prevent gun violence in the future," they wrote.

"We can't be naive about what it will take to achieve the most common-sense solutions. We can't just hope that the last shooting tragedy will prevent the next. Achieving reforms to reduce gun violence and prevent mass shootings will mean matching gun lobbyists in their reach and resources."

Tucson residents rang bells 19 times in honor of the victims Tuesday morning at the moment that Jared Lee Loughner opened fire at a supermarket where Giffords was meeting with constituents, CBS Tucson affiliate KOLD-TV reports.

But even on a day of remembrance, residents won't be able to escape the gun debate.

City Councilman Steve Kozachik has organized a gun turn-in program at a local police station Tuesday for people who have decided they no longer want weapons in their homes. He's hoping it helps bring added pressure as Congress and Arizona's Legislature come back into session to "keep the conversation" alive.

People giving up their guns will receive $50 gift cards from Safeway — the grocery store chain where Giffords was shot in the parking lot. The grocer contributed $1,000 of the nearly $10,000 Kozachik raised.

He said that as the shooting fades from the public's mind, issues like controlling the sale of large capacity magazines and keeping guns from the mentally ill need attention.

The event has angered local gun-rights advocates, including an outgoing state senator who plans to gather outside the station and offer people cash for guns instead.

"They're stealing it — stealing it," said Frank Antenori, a Republican who was defeated in a congressional primary bid last year. "Can you name me one firearm in working condition that's worth $50 or less?"

Antenori and Kozachik accused each other of acting out of political motivations. Antenori said the councilman was sullying both the Tucson and Connecticut school shooting victims by the timing of the buyback. Kozachik said the outgoing legislator was just trying to keep his name in the news and remain relevant.

Tucson residents held events over the weekend to mark the anniversary of the Saturday morning when Loughner opened fire with a pistol with a 30-round magazine that he emptied in just 40 seconds.

Rep. Ron Barber, then a Giffords aide, was shot in the thigh and cheek, and went on to replace his boss in Congress. He supports an outright ban on high-capacity magazines and a new federal assault weapons ban while acknowledging there are millions of both already in circulation that will remain there.

"There's no way that those are going to be taken or collected — there's no way that's possible," Barber said Monday. "But if we can move forward toward controlling the accessibility or access to those magazines or assault rifles we can go a long way to minimizing or possibly preventing future tragedies."

Barber plans to mark the moment of the shooting at a private gathering with staff and family members. He will also visit a hospital to thank doctors who treated him and other victims and attend an evening prayer service.

Barber also is pushing for better mental health care and early intervention into school bullying, which he said can lead to serious mental health issues.

"I think it's a very complicated issue and no one or two or even three steps are going to address it or get rid of mass shooting in the future," Barber said.

Arizona Gov. Jan Brewer, a Republican who vetoed GOP-sponsored bills twice in two years that would have allowed guns on school campuses and in public buildings, said Monday she's expecting more legislation in the wake of the Connecticut shooting, but she offered no suggestions.

"It will be something that I'm sure will be addressed in the Legislature and my ears are all open, and I'm certainly anxious if there is a solution that we get it done," she said.

Loughner pleaded guilty in the Tucson shooting in November and was sentenced to seven consecutive life sentences plus 140 years.