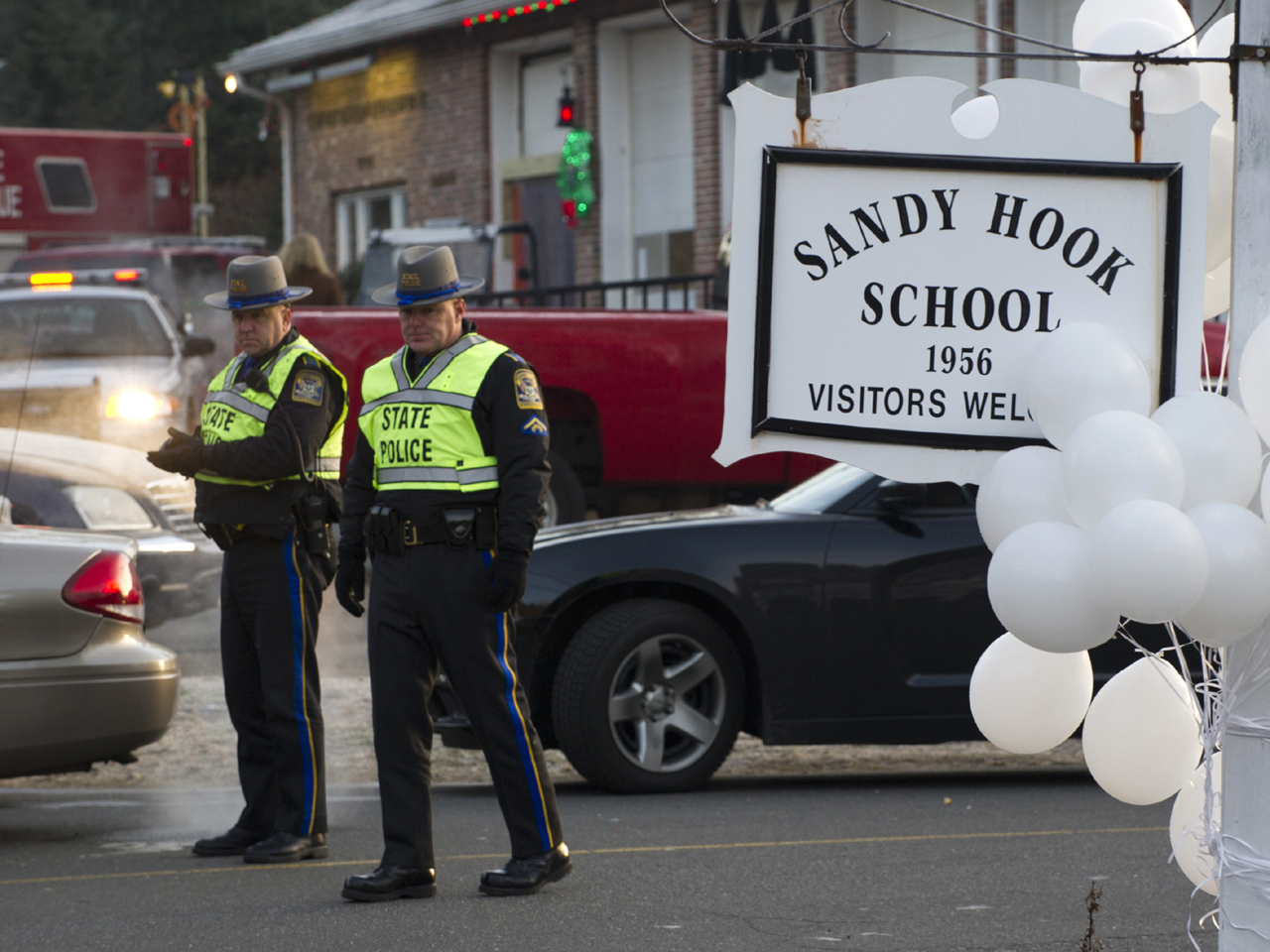 (CBS News) First reports of the shootings on Dec. 14 in Newtown, Conn., tended to be wrong.

It turned out the shooter's mother was not a teacher at the school, and there doesn't seem to be any recent connection between the gunman and Sandy Hook Elementary.

CBS News has pieced together what we know of that morning.

Lanza then took four guns -- legally registered to his mother -- and drove a black Honda to Sandy Hook Elementary School, about five miles away.

Students there had finished reciting the Pledge of Allegiance, and the building's doors had been locked.

Then around 9:30 Friday morning, staffers in the front office heard "popping noises."

Police say those were likely the sounds of Lanza shooting out the glass of one of the school doors.

Lanza entered the building carrying a Bushmaster AR-15 assault rifle, with two semi-automatic handguns inside the pockets of his military-style cargo pants. Police say he was also carrying hundreds of rounds of ammunition in multiple magazines.

There were more "popping sounds." Someone in the front office keyed the microphone on the school's public address system in a frantic attempt to sound a warning.

But, as the gunfire continued, 911 calls were made, and just before 9:36, a police dispatcher radioed the first alert: "Sandy Hook School, caller's indicated she thinks someone is shooting in the building."

The precise sequence of what happened next is unclear, but we do know Lanza headed down a hallway towards the section of the school containing the classrooms of the youngest students.

There, he killed 20 first graders, shooting all of them numerous times with the .223-caliber assault rifle. Six adult women, including the principal, the school psychologist, and teachers were also killed.

The slaughter ended as the first police officers arrived on the scene. Sources say Lanza was briefly spotted at the end of a hallway. He ducked from view. The officers heard a final volley of shots.

Sources say Lanza had used one of the handguns, a Glock 10mm, to take his own life. The other handgun, a Sig Sauer 9mm, was found on his body, still buttoned inside a pocket.

The fourth gun had been left in the trunk. ATF officials say Lanza and his mother went shooting together at various ranges over the past several years. They don't know if Adam Lanza practiced in recent weeks.