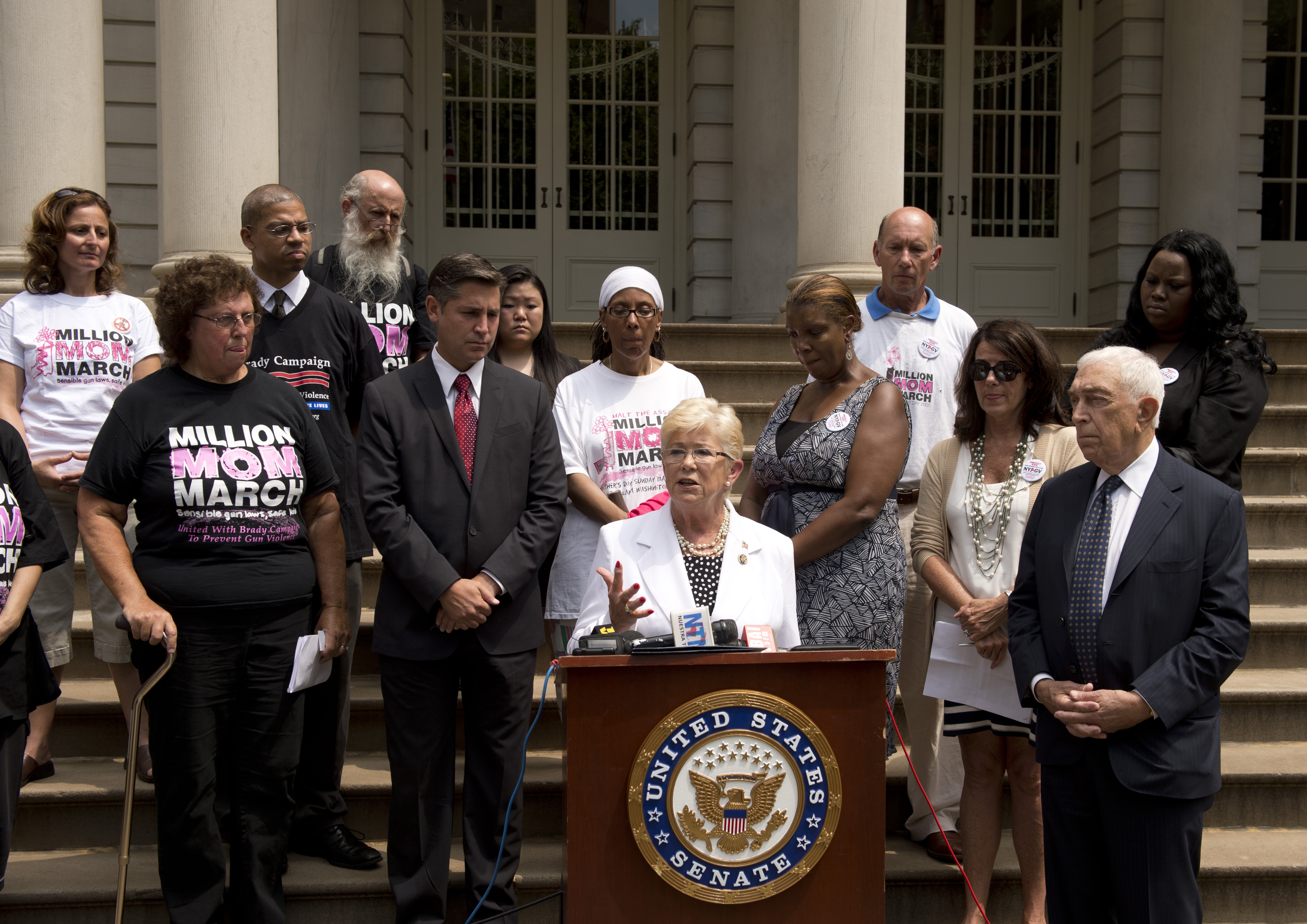 As lawmakers return to Capitol Hill today to kick off the start of the 113th Congress, Democrats are already priming for a renewed battle over gun control, announcing the introduction of a bill banning high-capacity ammunition magazines before the first House session had been gaveled in.

The High Capacity Ammunition Feeding Device Act, which is being introduced by Carolyn McCarthy, D-N.Y., and is co-sponsored by Diana DeGette, D-Colo., would ban the sale or transfer of ammunition magazines holding more than 10 rounds. That standard was the federal mandate between 1994 and 2004 under the assault weapons ban, which expired in 2004.

"These assault magazines help put the 'mass' in 'mass shooting' and anything we can do to stop their proliferation will save lives in America," said McCarthy in a statement. "These devices are used to kill as many people as possible in the shortest amount of time possible and we owe it to innocent Americans everywhere to keep them out of the hands of dangerous people. We don't even allow hunters to use them - something's deeply wrong if we're protecting game more than we're protecting innocent human beings."

McCarthy, whose husband was killed and son wounded in a mass shooting on the Long Island Railroad in 1993, has long advocated stricter gun laws. DeGette, whose district is near Aurora, Colo. - where a gunman opened fire in a movie theater last summer, killing twelve and injuring dozens - also called for a ban on multiple ammunition magazine cartridges in an August interview with CBSNews.com.

Gun control advocates have had little success in recent years fighting the lobbying power of the National Rifle Association, however, and a sense of inevitable failure has permeated legislative efforts.

But in the wake of last month's murders in Newtown, Conn., in which 20 first-graders were killed in a mass shooting at their elementary school, public support for new gun laws has strengthened. A CBS News poll conducted in the days following the Newtown showed support for stricter gun control at a 10-year high, and up 18 points from the spring of 2012.

President Obama, too, has signaled a newfound willingness to broach the issue, and has appointed Vice President Joe Biden - an original author of the Assault Weapons Ban - to helm a task force aimed at producing legislative recommendations.

This is not something that I will be putting off," he pledged.

Mr. Obama acknowledged that getting any such bill through the GOP-led House of Representatives would be difficult, but Shams Tarek, McCarthy's communications director, argued that such a measure is already garnering support from moderate Democrats. Some Republicans have also expressed a willingness to consider it: Rep. Tom Petri (R-Wis.), for instance, said limiting the size of ammunition clips "might be helpful," while incoming Rep. Chris Stewart (R-Utah) said he would "consider looking at some of the larger magazines and other things if it gave us an opportunity to talk about the other things as well."

"Our belief is that yes we could get some yes votes, but getting [Republican] sponsors and getting a vote are heavier lifts - it's going to be our job and the public's to help organize the support," Tarek said in an email.

Still, DeGette insists that the bill is more urgent now than ever.

"Since I came to Congress, I have been working to protect our children and our families from senseless gun violence," she said. "Recent tragedies have only heightened the need, and that is why Rep. McCarthy and I are reintroducing our bill to ban high-capacity assault magazines. While there is no single answer to stopping these massacres, this bill is a step that will go a long way toward making our country safe."