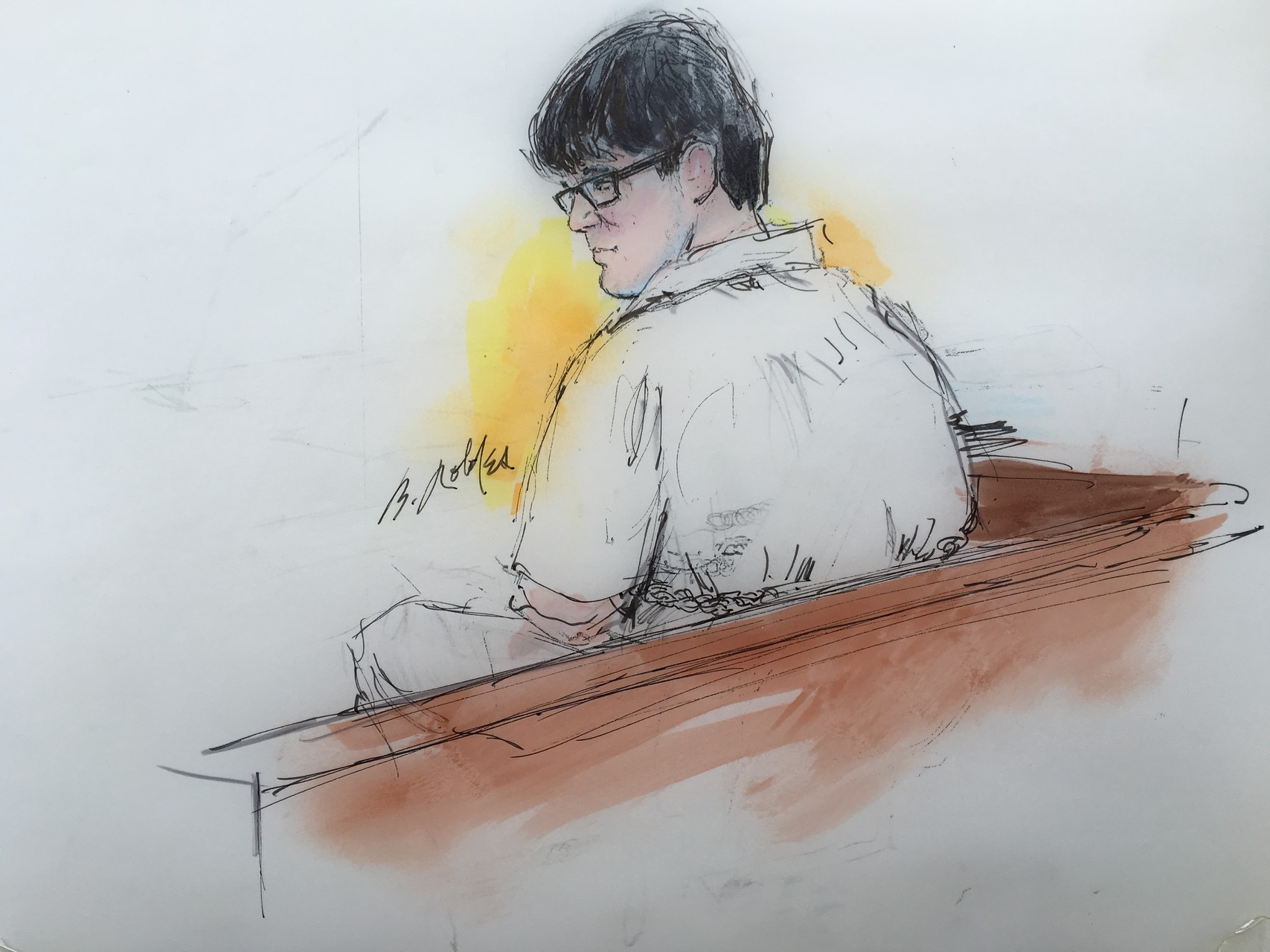 RIVERSIDE, Calif. -- The man who bought the rifles used in the San Bernardino attack pleaded not guilty Wednesday to charges in a federal indictment accusing him of conspiring with one of the shooters and to provide material support to terrorists.

Enrique Marquez Jr., 24, appeared in federal court in Riverside with his hands and feet shackled. He answered "not guilty" when asked to enter his plea to the five-count indictment.

A jury trial was scheduled for Feb. 23. Marquez could be sent to prison for as long as 50 years if he's convicted.

According to the FBI, during 10 days of interviews Marquez revealed plots he and his friend, Syed Rizwan Farook, discussed but never carried out to slaughter students at a community college and murder motorists on a congested freeway.

The Dec. 30 indictment superseded charges he originally faced when arrested two weeks after the Dec. 2 shootings carried out by Farook and his wife, Tashfeen Malik, at a building where Farook's colleagues from the San Bernardino county health department were meeting.

The couple killed 14 people and wounded 22 others before being killed hours later in a dramatic shootout with police.

Authorities said Marquez was not involved in the killings, but that his failure to warn authorities about Farook and his purchase of the guns had deadly consequences.

Marquez and Farook were friends who grew up next door to each other in Riverside. Farook, 28, introduced Marquez to Islam as a teenager a decade ago and indoctrinated him in violent extremism, according to the FBI.

Marquez bought two rifles for Farook in 2011 and 2012 and the two planned to launch bomb and shooting attacks at Riverside City College, where they attended classes, and a notoriously gridlocked section of highway without exits.

Marquez faces two firearms violations for being the so-called straw buyer who purchased the guns in his name because Farook, who was born in the U.S. to Pakistani immigrants, "looked Middle Eastern," authorities said.

He also faces charges of marriage fraud and lying on immigration paperwork for wedding to Russian woman whose sister is married to Farook's brother.

The FBI said Marquez admitted he was paid $200 to marry the woman and he lied on immigration papers that he lived with her so she could stay in the U.S.

A lawyer for Marquez previously argued unsuccessfully that his client should be released on bond because he had willingly spoken with the FBI while he was not in custody and never fled.

Public defender Young Kim has since filed paperwork in court to prevent investigators from speaking with Marquez without his lawyer present.

Authorities investigating the attack are seeking the public's help in filling out the timeline of the assailants' moves that day.

Los Angeles FBI official David Bowdich said at a news conference on Tuesdaythat investigators are specifically seeking information about an 18-minute gap in the timeline between the deadly attack at the Inland Regional Center and the shootout in which both attackers were killed.

Bowditch says investigators hope to find out if the assailants contacted anyone in that Dec. 2 period, between 12:59 p.m. and 1:17 p.m.

The staff was still gearing up for the holidays on Dec. 2, the day 14 people were massacred on the center's gleaming campus.

Few of its 600 employees have gone to the office since, other than a brief visit to gather personal belongings a week after the terror attack.

On Monday, they returned.

"Most of us are relieved to be back at work. We want to continue with the normalcy, and we miss each other very much," Executive Director Lavinia Johnson told reporters. "We want to ensure that our staff feels safe and secure as they work in their offices."

Security guards checked employee IDs at the entrance to the center's parking lot. No visitors were planned this week, and a chain-link fence wrapped in green mesh surrounding the property will remain up indefinitely, Johnson said.

While many have continued to work, visiting the homes of autistic children and mentally disabled adults, they haven't been together in the place where everything froze once law enforcement officers whisked them away.

Amid the investigation and cleanup, the campus has been locked behind the temporary fence. Within that perimeter, in one corner, is a second fence.

It seals the conference center that San Bernardino County's health department was renting for a holiday luncheon when the two attackers began their assault. A county restaurant inspector targeting his co-workers was joined by his wife in killing 14 and injuring dozens.

The conference building did not reopen Monday, and it's not clear when it might.

Last month, CBS News spoke to a woman who spent her life counseling survivors of tragedy, and became a survivor herself in San Bernardino.