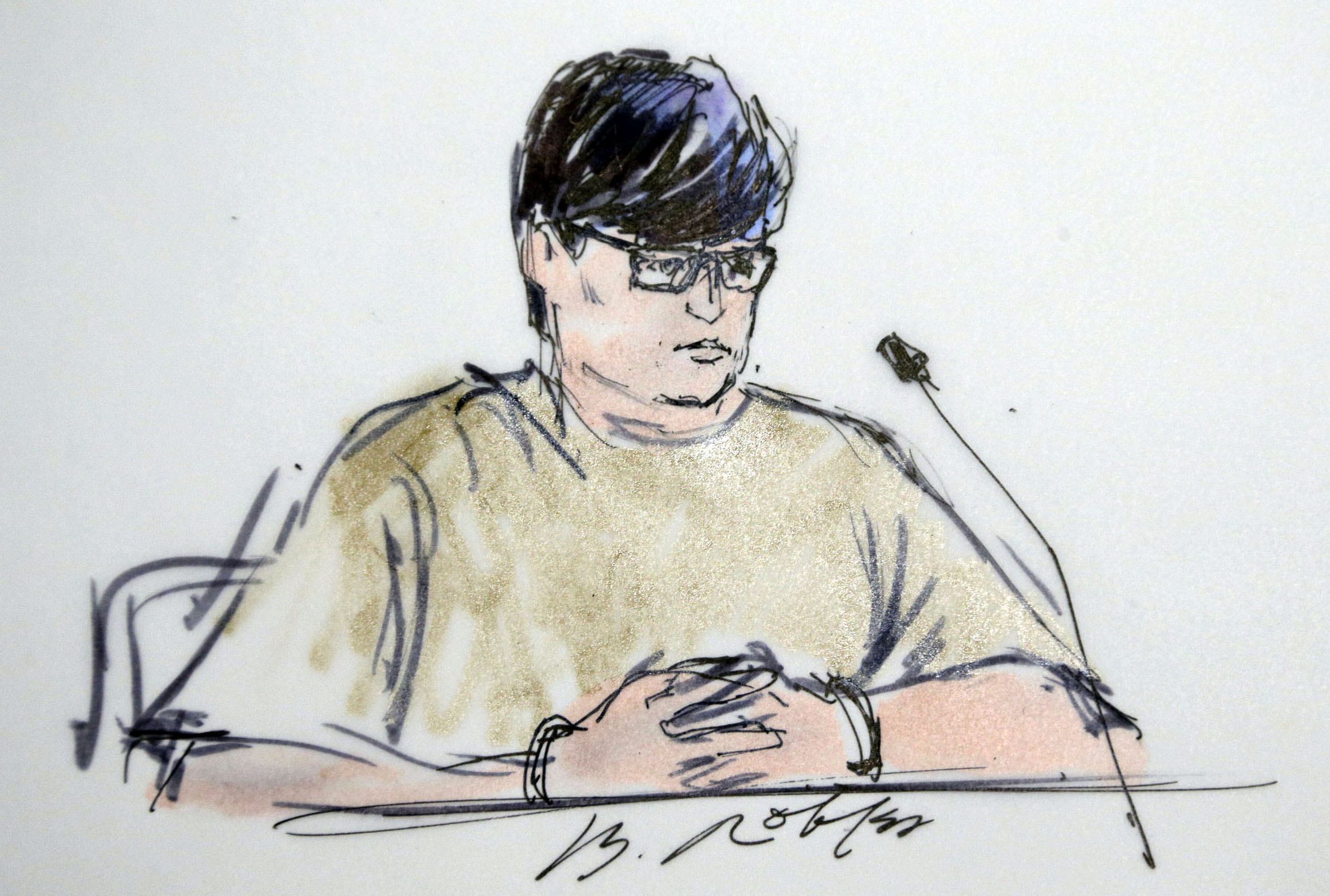 SAN BERNARDINO, Calif. -- Enrique Marquez, the friend who bought the assault rifles used in the San Bernardino shooting by Syed Rizwan Farook and Tashfeen Malik, has been charged with conspiring to provide material support to terrorists and other charges, the Department of Justice announced on Thursday.

The charges relate to his role in terrorist plotting with Farook in 2011 and 2012, the unlawful purchase of the two assault rifles used in the deadly shooting two weeks ago and defrauding immigration authorities by entering into a sham marriage with a member of Farook's family, the DOJ says.

Marquez was arrested on Thursday by the FBI and made his initial court appearance Thursday afternoon in federal court in Riverside. Marquez appeared disheveled but calm and showed no emotion during the 10-minute hearing.

He will be back in court Monday. A preliminary hearing has been scheduled for January 4.

New revelations from officials and public records in recent days have shown a much deeper connection between Farook and Marquez than previously disclosed.

Marquez purchased high-powered weapons at least three years ago that Farook and his wife used to open fire on a holiday gathering of Farook's fellow health inspectors Dec. 2, killing 14 people.

The ATF previously said the FBI was asking Marquez about how and why he purchased the AR-15 style weapons he transferred to Farook, reported CBS News' Paula Reid. The FBI had not previously released information from these interviews.

The FBI was previously taking a closer look at whether the transfer was legal. The FBI was asking Marquez whether he purposefully bought the guns for himself or for Farook.

The New York Times reported Friday that Marquez spoke of terrorism and sleeper cells at the Southern California bar where he worked.

CBS News' Carter Evans reports that federal agents say Marquez admitted that he and Farook initially planned an attack the Riverside Community College in 2011. The plot targeted the cafeteria and library. In an effort to inflict maximum causalities, the two allegedly planned to throw pipe bombs from an elevated position and shoot people as they fled.

The complaint also said Farook and Marquez plotted a freeway shooting in 2012. The pair chose a stretch of State Route 91 in Riverside where there were no exits to "increase the number of targets." The alleged plan was for Farook to throw bombs on the freeway to "disable vehicles and stop traffic" and then move among the vehicles and shoot into them. Marquez would position himself on a nearby hillside so he could also shoot into vehicles, and then target responding law enforcement officers.

According to the criminal complaint, in a thread on Marquez's Facebook account, he says he is involved in terrorist plots.

Marquez, 24, spoke with federal authorities after they raided his mother's Riverside house a few weekends ago. He and Farook were friends for years and became family last year with a sister-in-law in common.

The two men were listed as witnesses on the marriage license when Farook's brother, Raheel, wed a Russian woman in 2011.

Three years later, Raheel Farook and his wife, Tatiana, were witnesses to Marquez's marriage to her sister, Mariya Chernykh, according to Riverside County records.

The ceremony took place at the Islamic Society of Corona-Norco, according to the marriage license, though the mosque's facility manager denied it occurred there.

Azmi Hasan said previously that he understood Marquez had converted to Islam but said he was not a member of that mosque. Marquez had only worshipped there three to four times over seven years, said Hasan, who had not seen him in about four years.

Marquez had a security guard license in California for several years, but it expired last year. He had worked at Wal-Mart since May but has since been fired, spokesman Brian Nick said.

Marquez rarely spoke about his family or his marriage, Ramirez said.

Tommy Lopez, who said he became friends with Marquez after meeting at a punk rock show seven months ago, said he never talked about his wife and was not religious.

He last saw Marquez in the past month or so when Marquez fell asleep at a friend's house and they stacked beer cans on his body.

"When he woke up, he just started laughing," Lopez said. "He was a pretty laidback guy."

Right after the shooting, Marquez called his mother to say he was safe but that he wouldn't be coming home, neighbor Lorena Aguirre said. He later checked into a mental health facility.

Marquez and his wife listed their address on their marriage license at the same Corona home where Raheel and Tatiana Farook live.

The Russian sisters came to the United States on visas for work or study exchange programs, according to a federal official who requested anonymity. The official was familiar with the visas but not authorized to speak publicly.