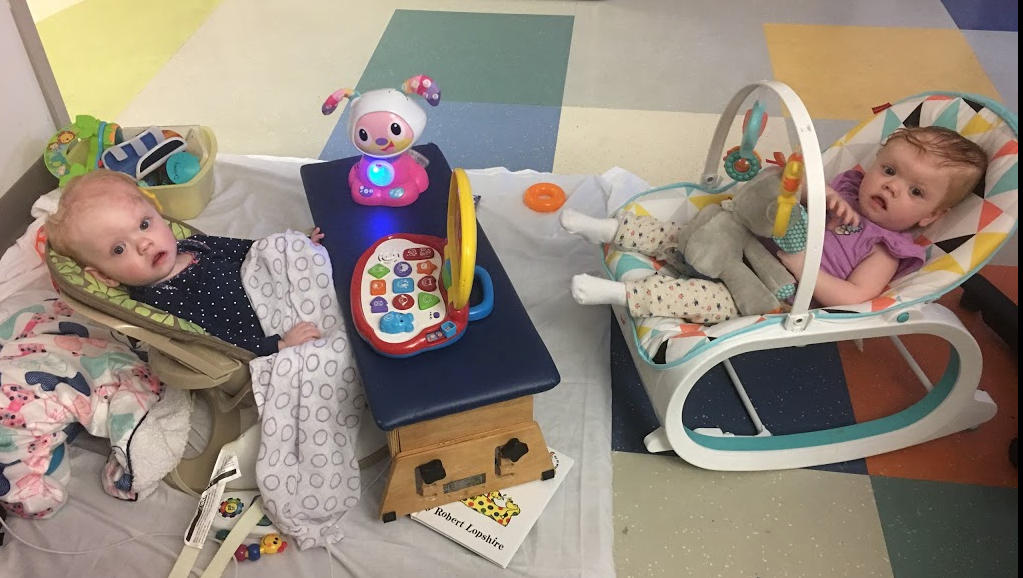 The twins were conjoined at the head. Their separation surgery was done in June.

Since then, they had a series of setbacks and other surgeries. But Monday after 485 days at CHOP, the girls who are now 15 months old are well enough to head home for the very first time.

Neurosurgeon Dr. Greg Heuer, a member of the surgical team who's been involved in their care from the beginning, told CBS News  last month that the girls' progress has been "amazing."

Their parents, Heather and Riley, came to CHOP from their home in North Carolina during the pregnancy, as soon as they learned she was carrying twins conjoined at the head.

"When the girls were born, they were two pounds, one ounce a piece," Heather said in October. "So, they were able to fit in my shirt and do skin-to-skin with them. So they've grown a lot."

The surgery was risky and took months of planning. There was a chance they could lose both babies.

In June, the twins were finally ready for the separation surgery, which lasted for 11 hours. After they were separated, there was a complication with Abby, who had a lot of bleeding. But after a few scary days, both twins survived.

"The girls are inspiring," Heather said in a recent statement on CHOP's website. "As their parents, it is very neat for Riley and me to have a front-row seat to this and watch them overcome these incredible obstacles. We cannot wait to see what their future holds!"

"The team at Children's Hospital of Philadelphia has become like family," added Heather. "Riley and I are so grateful for the care our girls have received here and so excited to take them home — just in time for the holidays."

Doctors say they'll need additional surgeries as they grow. Their CHOP team will continue to monitor them as they mature and doctors say they are optimistic about their progress so far and about their long-term potential.