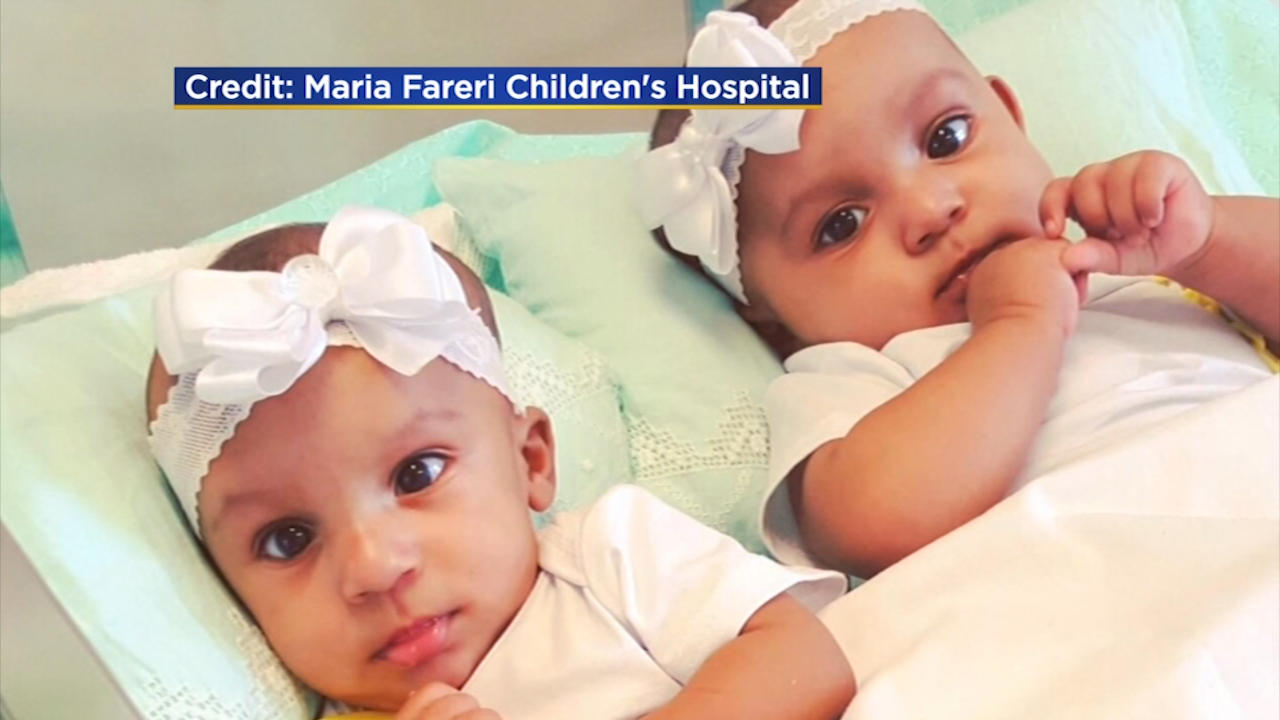 VALHALLA, N.Y. -- Twin 11-month-old girls who were formerly conjoined have been separated after undergoing a marathon surgery at a suburban New York children’s hospital.

The girls made their public debut with their parents at a hospital news conference yesterday.

The twins, who were born in the Domincan Republic, had been connected by a bone at the base of the spine.

Doctors called it “a very long and complex surgery.”

According to CBS New York, the process began last year when surgeons first needed to figure out if the procedure was even possible.

“The children were connected with a large major vascular structure with cross circulation involving both babies,” Dr. Whitney McBride said in a Tuesday press conference. “This was the relatively high risk part of the procedure.”

There were multiple operations before the main event last week, McBride said.

Surgeon Dr. Samir Pandya said that the successful procedure will give the twins “chances for better lives.”

The twins’ mother Laurilin Celadilla Marte said she is is thrilled. “When I saw them for the first time it was incredible,” she said through a translator. “I always dreamt that they would be separated and they would live a normal life.”

The twins will spend several weeks recovering at the hospital.

The surgery was the first of its kind at the facility and the first in New York’s Hudson Valley region.