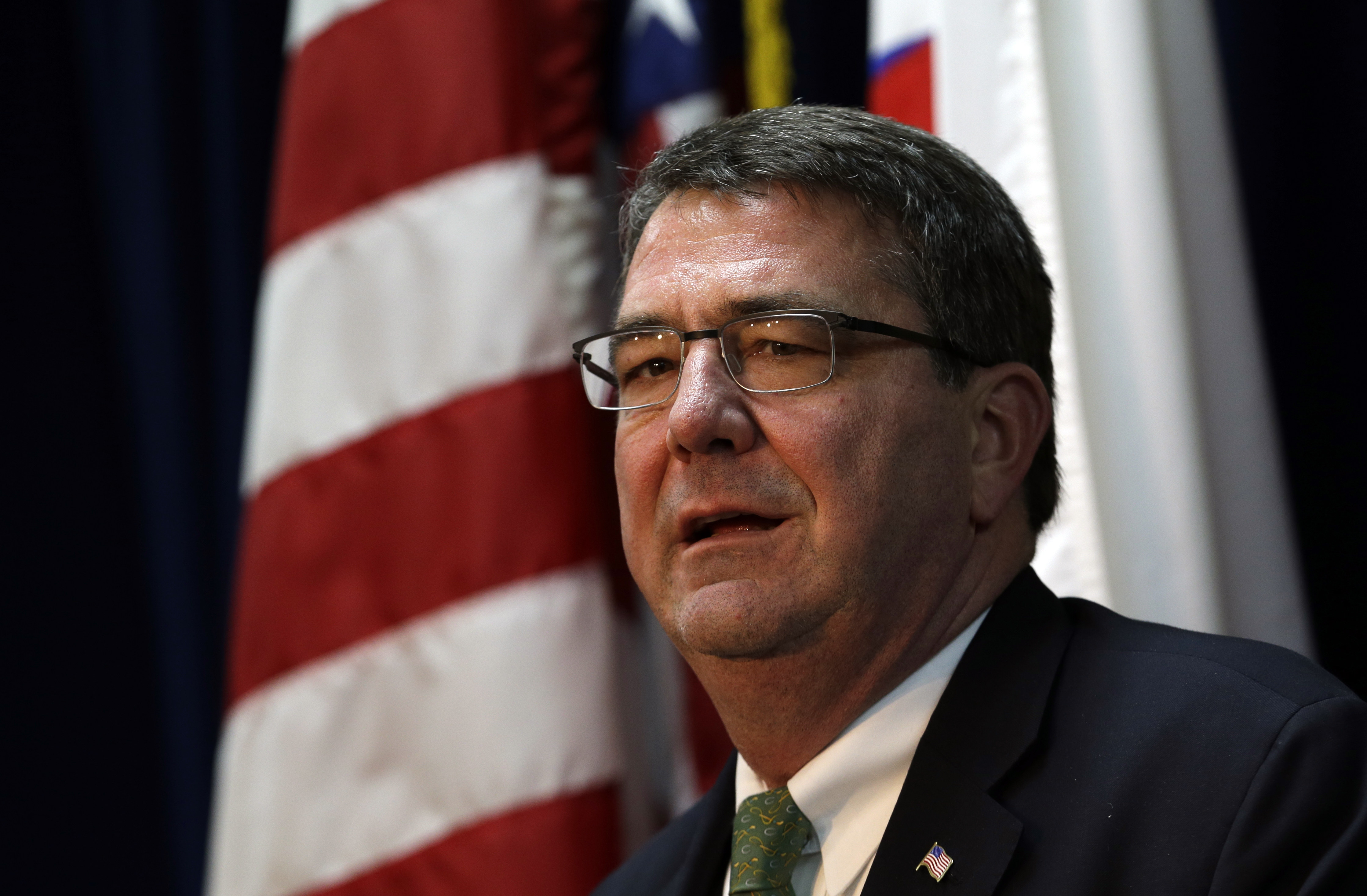 If Ashton Carter is confirmed as the next Defense Secretary by the Senate, he faces both a daunting to-do list and a limited time frame in which to operate - the final two years of President Obama's term.

The president nominated Carter, a former deputy defense secretary and longtime Pentagon hand, to take over the helm of the Defense Department after Chuck Hagel resigned in November. Carter goes before the Senate Armed Services Wednesday for his confirmation hearings. Although he does not face any significant opposition in Congress, he will still have to address the challenges that lie ahead for the department.

"It's hard coming in at this stage of a presidency in part because its hard to make major muscle movements," said CBS News Senior National Security Analyst Juan Zarate. "What you have is somebody who can manage the Pentagon, who understands it, who is going to have the confidence of the White House. But he may not be able to deviate that far afield from the parameters of policy coming out of the White House."

Here is a look at the five biggest challenges he faces:

Although the war in Afghanistan is winding down next year, and the Iraq War was formally concluded years ago, the U.S. still faces significant military challenges abroad. The Islamic State of Iraq and Syria (ISIS) controls a significant swath of territory in the Middle East and has wiped away much of the postwar stability the U.S. left behind in 2011. Many people have voiced concerns about a rise in violence in Afghanistan as well as U.S. troops hand over the reigns to Afghan security forces.

"Afghanistan and Iraq still remain on the secretary of defense's plate in terms of determining our force posture. Are we going to have more boots on the ground to deal with the threat of ISIS? What happens with the drawdown of our troops in Afghanistan post 2016? Are we going to leave residual forces to train and equip as well as to fight a counterterrorism mission?" Zarate said. All are questions Carter will have to answer.

Gregory Sanders, a fellow in the National Security Program on Industry and Resources and the Defense-Industrial Initiatives Group at the Center for Strategic and International Studies (CSIS) wrote in a briefing about Carter's agenda that he will have to "articulate a clear vision and lay the groundwork for future programmatic and policy decisions." In particular, CSIS has warned that research and development has borne the brunt of recent defense cuts and needs more attention in coming years.

Closing the Guantanamo Bay prison facility is a pledge that dates back to Mr. Obama's first day in office, but still faces significant opposition in Congress. And Carter will have a direct say in the matter.

"In some ways Ash Carter falls right into the heart of the Guantanamo debate because the secretary of defense has to provide those assurances and certifications if any of the individuals are transferred, and frankly, has to be part of the architecture as to what the closure ultimately looks like," Zarate said.

Hagel was perceived as more reluctant to transfer detainees out of the prison and into other countries, which would have put him in conflict with the administration. Given that the chairman of the Senate Armed Services Committee, Sen. John McCain, R-Arizona, is looking to block efforts to close the prison, it is certainly an issue Carter will face at his hearing.

China's rise as a military power in the east is an issue that needs attention from the secretary of defense, and Zarate said Carter will have to grapple with questions about the U.S. force posture and how the U.S. relates to China as its main military competitor in the global arena.

John Schaus, a fellow in the CSIS International Security Program, wrote that Hagel was the member of the Obama administration who spent the most time and attention on the region with Secretary of State John Kerry heavily involved in the Middle East. The next defense secretary will have to play that role as well.

"Sustaining this effort to craft a security order in Asia that makes room for a rising China without crowding out rising countries in Southeast and South Asia will fall to the next Defense Secretary. He or she will need to re-assure Asian allies, deepen partnerships, and sustain dialogue with China," Schaus wrote. The goal, Schaus said, should be to develop proposals on maritime awareness, a more deliberate military exercise program, and cooperative technology research and development by the fall 2015 Association of Southeast Asian Nations defense ministers meeting.

The hacking of Sony Pictures and recent cyber attacks on companies like Target and Home Depot has brought cybersecurity to the forefront of U.S. attention, just as Carter gets ready to take over the Defense Department. With cyber command and the National Security Agency under Defense Department control, Carter will have to consider the best way for the U.S. to protect its defense systems and contractors and craft a larger strategy for dealing with an environment where cyber tools and warfare are proliferating, Zarate said.

The Defense Department has now seen years of budget cuts due to sequestration, and Carter will likely face the same challenges that Hagel had in terms of securing funding for all of the department's priorities. Still, having spent seven years at the Pentagon, part of that time in charge of procurement, Carter knows the Defense budget better than most.

One major challenge he will have is defending President Obama's $585 billion FY2016 budget request on Capitol Hill even though he had no role in crafting it, wrote Ryan Crotty, the Deputy Director for Defense Budget Analysis in the International Security Program at CSIS. But he will have a hand in the FY2017 budget, the last of the Obama's administration.

"The job of the next Secretary Defense in the budget sphere will be to continue to hold the line that the administration has pushed for the last three years: the need to budget above the Budget Control Act caps and to make cuts and reforms that help rationalize and balance the defense program. Success of even these modest aims ultimately rests in the hands of Congress," Crotty wrote.

Zarate said he will also have to think strategically about the Defense Department's future despite the budget crunch.

"We need to be investing for our capabilities not for tomorrow or the next year but for five, ten, 15, 20 years down the road to make sure we have not just the right personnel and the right training but the right type of equipment and technology that keeps us ahead of the enemies," Zarate said.

What is a "billionaires tax," and how would it work?
Rebecca Kaplan