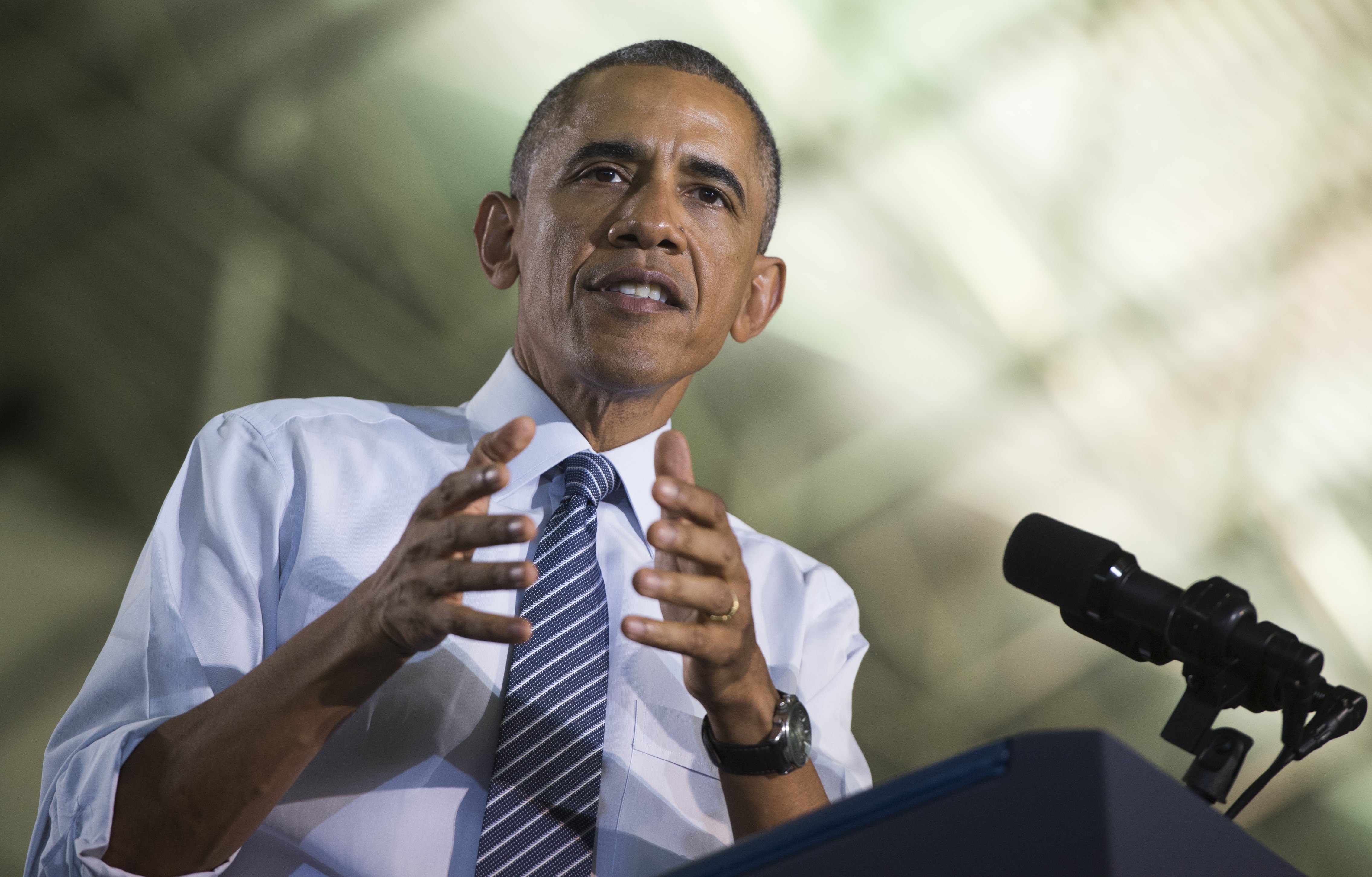 WASHINGTON -- President Obama will seek to bust through spending limits for both domestic and defense programs, the White House said Thursday, negating the effects of across-the-board cuts agreed to by both Democrats and Republicans and signed by Mr. Obama into law.

Mr. Obama's budget proposal to Congress will "fully reverse" the so-called sequestration cuts on the domestic side, while boosting national security programs by an equal amount, the White House said, as Mr. Obama prepared to meet with House Democrats at their annual retreat in Philadelphia. The budget will be "fully paid for with cuts to inefficient spending programs and closing tax loopholes," but taxpayers will have to wait until the budget is formally released Monday to find out exactly how.

Pentagon documents obtained previously by The Associated Press showed Mr. Obama was expected to ask Congress for a roughly $38 billion boost for defense - an increase of nearly 8 percent, with some slight changes possible. Raising domestic spending by a similar amount would mean Mr. Obama's budget proposal would be on track to exceed the levels frozen in place by sequestration by about $70 billion.

The brazen proposal from the president, two months after voters booted his party from control of Congress, reflected the White House's newfound confidence on the economy. Mr. Obama's aides believe that improving conditions give Mr. Obama credibility to push his spending priorities unabashedly - despite the fact that Republicans still believe government spends far too much.

Federal deficits, gas prices and unemployment are all falling, while Mr. Obama's poll numbers have crept upward. The president has been newly combative as he argues it's time to ease the harsh measures that were taken to help pull the economy out of recession.

"The president believes we should end the era of manufactured crises and mindless austerity," the White House said in a statement.

But while the proposal to spend more on things like education, sick leave and health care was sure to delight many members of his own party, it's Republicans who now fully control all of Congress.

"This is not a surprise," said Don Stewart, Senate Majority Leader Mitch McConnell's deputy chief of staff. "Previous budgets submitted by the president have purported to reverse the bipartisan spending limits through tax increases that the Congress - even under Democrats - could never accept."

Many in the GOP want to spend more on defense, especially amid new and growing threats from terrorism and extremist groups. But Republicans are divided about how to pay for it. While some have argued for ignoring the spending limits, others want to offset the hikes with cuts to either domestic programs or so-called mandatory programs like Social Security and Medicare.

By proposing to raise defense spending by the same dollar amount as domestic programs, Mr. Obama is putting the GOP on notice that he won't accept cuts to his own priorities just to make way for more spending on national security programs that both parties are in the mood to support.

On the domestic side, Mr. Obama has proposed offering two free years of community college and creating new or expanded tax credits for child care and spouses who both work. He's called for raising the top capital gains rate on some wealthy couples and consolidating education tax breaks, although some of those ideas have already faced intense opposition.

"Until he gets serious about solving our long-term spending problem, it's hard to take him seriously," said Cory Fritz, a spokesman for House Speaker John Boehner.

Still, the president's budget proposal is just that - a proposal- and will not become law.

The budget will frame Mr. Obama's opening offer as Democrats and Republicans head toward an inevitable clash. It's an agenda that Mr. Obama started selling in the run-up to his State of the Union address this month, and that House Democrats have sought to echo as they regroup after losing even more members in the midterms.

In his meeting Thursday with House Democrats, Mr. Obama was also to insist that House Republicans not use a funding bill for the Homeland Security Department to try to quash the executive actions he took late last year on immigration and deportations. The White House called that a "dangerous view" that would risk the country's national security.