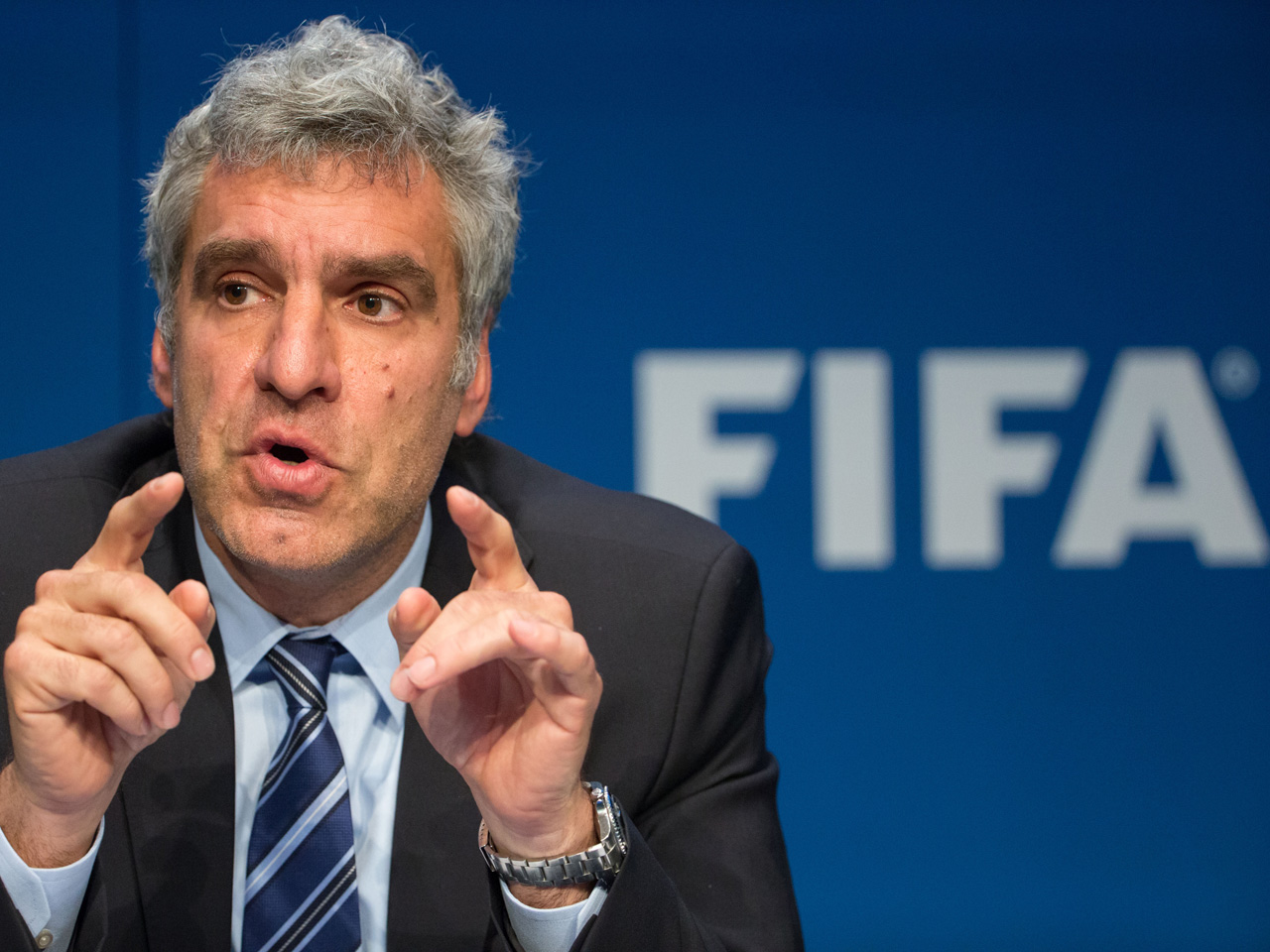 ZURICH - FIFA portrayed itself as the victim after authorities in Switzerland and the United States acted swiftly Wednesday on a pair of separate criminal cases involving soccer corruption.

In a statement, soccer's scandal-plagued world governing body said it "is fully cooperating as injured party in the actions by Swiss authorities ."

Two FIFA vice presidents - Jeffrey Webb of the Cayman Islands and Eugenio Figueredo of Uruguay - were among the soccer officials arrested in dawn raids at a luxury Zurich hotel and indicted in the U.S.

The probe with potentially more far-reaching implications for FIFA is the Swiss investigation into the bidding contest for the 2018 and 2022 World Cups. FIFA last year filed a criminal complaint to Swiss federal prosecutors against unnamed individuals cited in a secret investigation report by then ethics committee chairman Michael Garcia.

FIFA spokesman Walter de Gregorio said it was the governing body which "initiated this process" by lodging the legal complaint with Swiss authorities.

"We cooperate with them, we provide all the information requested by them and this for our own interests," De Gregorio said. "Because it is of our highest interest that all open questions can be answered, all questions."

De Gregorio tried to insulate his boss, FIFA President Sepp Blatter, from the mounting crisis by saying he was untouched by the alleged corruption of others in positions of power.

"For sure the damaged body is all of us ... and football fans for sure," De Gregorio said at a hastily arranged media conference. "The president is not involved. Of course he is the head of FIFA but he is not involved.

New York Times reporter Michael Schmidt told "CBS This Morning" that Blatter, whose reign as head of FIFA has seen both tremendous growth in the sport, as well as a long series of scandals, could still get swept up in the larger investigation.

"I don't think he's in the clear," Schmidt said.

Investigators are likely to wait to see what comes of the indictments of these senior FIFA officials, and later "look back and assess and see who they can go after," Schmidt said.

This escalating crisis has unfolded as soccer officials gather in Zurich for the presidential election on Friday, when Blatter will be seeking a fifth term in a vote against Prince Ali bin al-Hussein of Jordan.

"The election will take place as planned," De Gregorio said.

Prince Ali is the only candidate challenging FIFA chief Sepp Blatter in the presidential election Friday for the world soccer body - an election that the 79-year-old Blatter is expected to win handily for a fifth term.

Prince Ali said "we cannot continue with the crisis in FIFA."

In his statement, the prince said "FIFA needs leadership that governs, guides and protects our national associations. ... Leadership that restores confidence in the hundreds of millions of football fans around the world."

The executive committee of UEFA, the European soccer body, says it will discuss later Wednesday if it will urge that the election be postponed.

As will the World Cups in Russia in 2018 and Qatar in 2022, De Gregorio initially said, despite the Swiss attorney general announcing that police will question 10 members of the executive committee who took part in the 2010 vote.

But De Gregorio then appeared to backtrack.

"What do you expect ... we start to speculate and say maybe Russia, Qatar, we have to redo the whole thing?" De Gregorio said. "Russia and Qatar (World Cups) will be played. This is what is fact today. And I don't go into speculation what will happen tomorrow, after tomorrow and so on. This is what I can tell you, not more and not less."