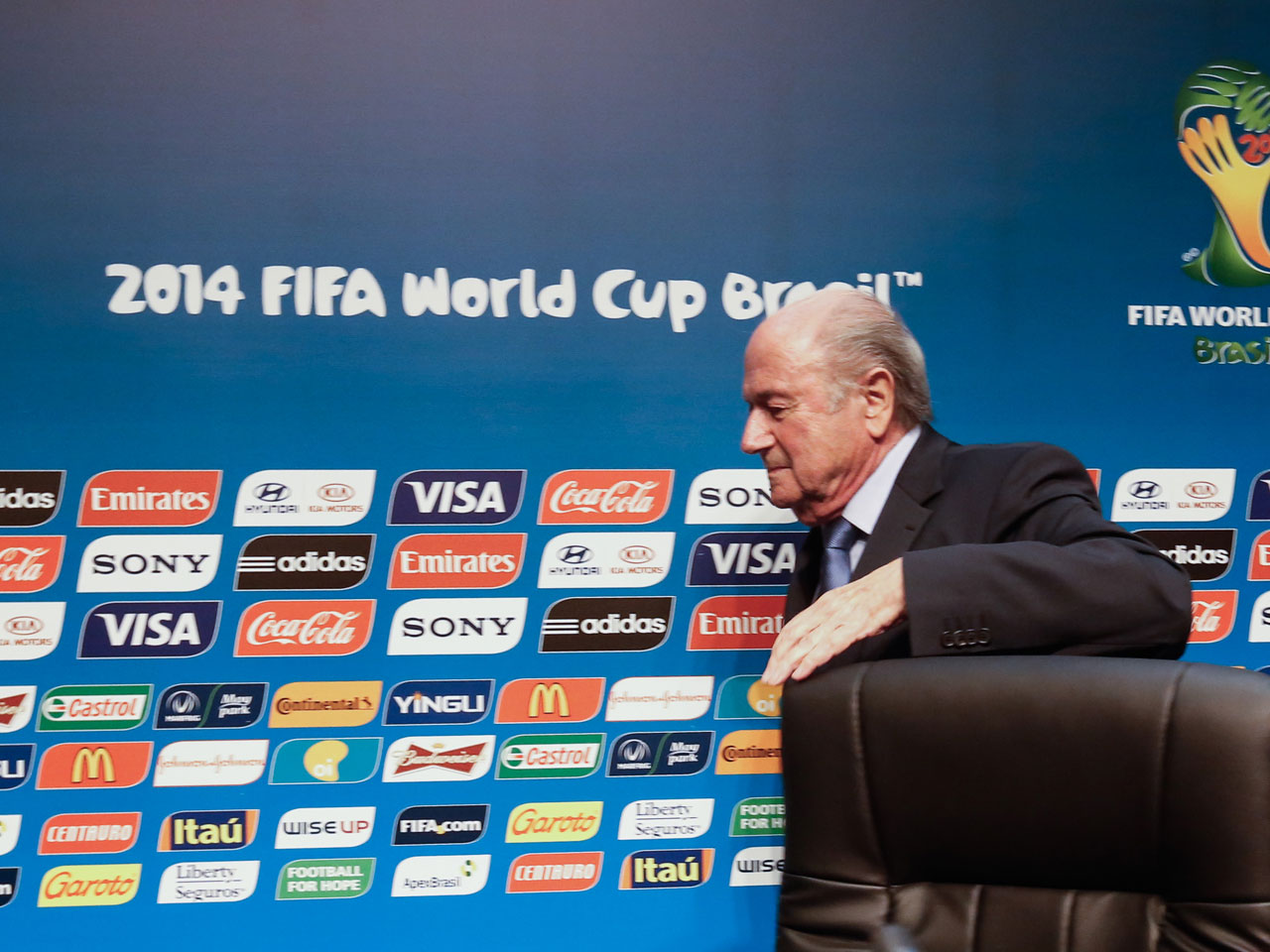 The first round of the World Cup kicks off this Thursday in Brazil, but the organization that runs it, FIFA, is caught up in a bribery scandal.

Several World Cup sponsors are turning up the heat, demanding a thorough investigation.

The next month an a half are supposed to be about soccer -- a simple game about kicking a ball around a field. But a lot of people think FIFA -- the world governing body -- is what really needs a good kicking, reports CBS News correspondent Mark Phillips.

The teams have arrived and are on the practice field in Brazil for this year's World Cup. In a few days, the soccer world will be getting its kicks from the games. But in the run-up, Brazil -- controversial in its own right -- has seemed like a soccer simplicity compared to Qatar.

Qatar was announced as the hosts of the 2022 World Cup by long-standing FIFA President Sepp Blatter. It was celebrated by the Qatar delegation, while much of a disbelieving world wondered how the games could even be played in Gulf state temperatures well over a hundred degrees.

Perhaps even hotter though, are the continuing allegations that Qatar paved the way to its victory the old fashioned way -- by bribing FIFA delegates.

At the center of FIFA's corruption scandal is Mohamed bin Hammam - a former Qatar soccer official, since banned.

His defense? That in a world where money sloshes around, that's how things work.

"This is a normal, normal, normal practice," bin Hammam once said. "I'm telling you again, I did not give any cash gifts, to anybody."

Bin Hammam however pointed to wristwatch and said: "These are normal. This watch is a gift."

Now FIFA's problems have gotten worse as the World Cup sponsors have begun to fear being tainted by the corruption scandal.

Adidas -- the longest standing FIFA sponsor -- has stomped its foot warning the allegations are "neither good for football nor for FIFA and its partners."

Coca-Cola fizzed: "Anything that detracts from the mission and ideals of the FIFA World Cup is a concern to us."

And now Anheuser-Busch, the mega-brewers, have added froth to the sponsors outrage, saying: "We expect fifa to take all necessary steps to address the issue."

Tripp Mickle of sports business journal says the corporate outrage could be key.

"It could provide the spark and the momentum for FIFA to come in and overhaul it's structure and maybe really dive into this Qatari issue and see if there was any wrong doing," Mickle said.

Or not -- Sepp blatter has so far taken the opposite tack, complaining that FIFA itself is being targeted by people who want to destroy it. The so-called beautiful game has an ugly underbelly. The whiff of scandal may be forgotten as the games begin, but the smell won't go away.