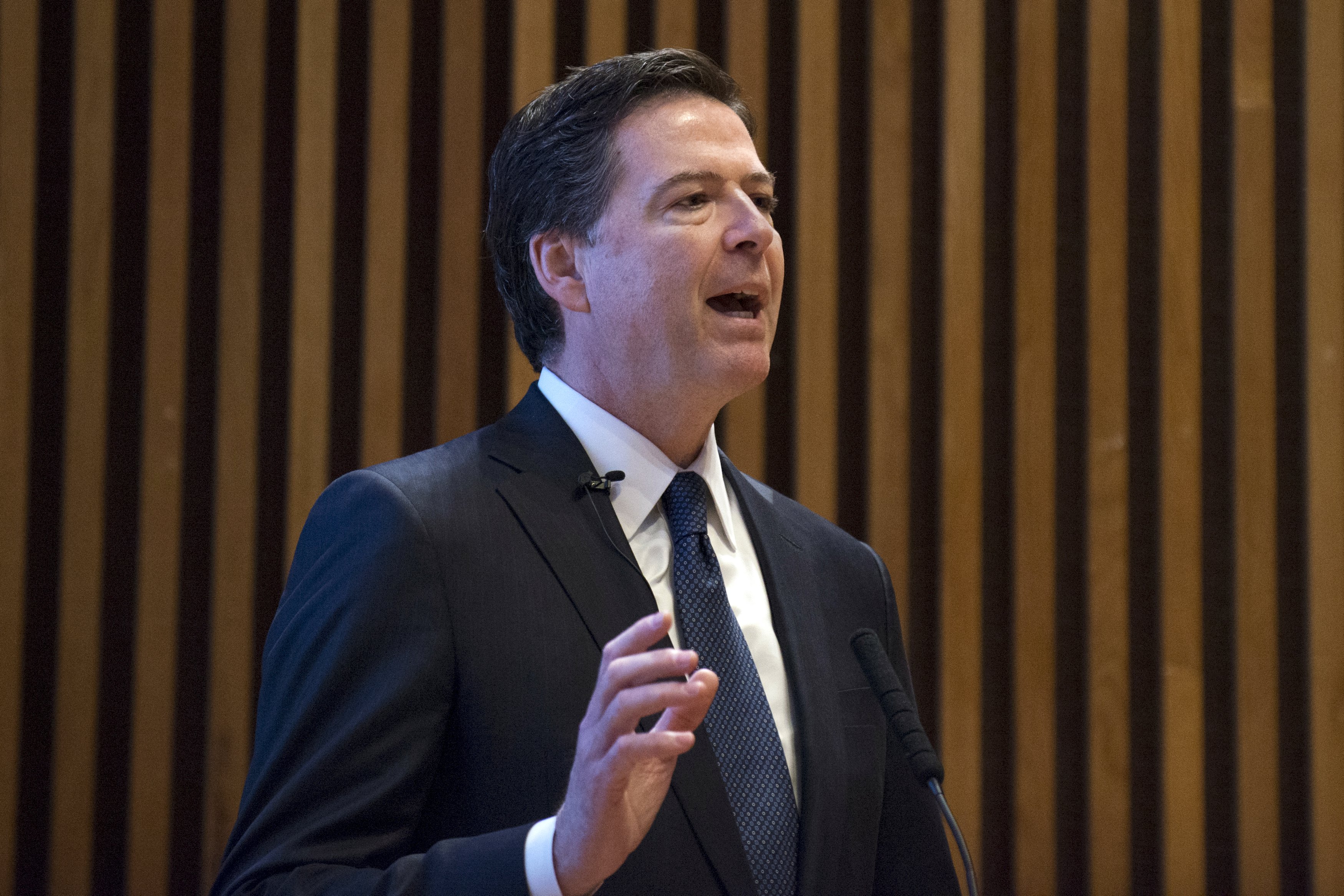 FBI Director James Comey told reporters Wednesday that the San Bernardino shooting suspects communicated through "direct private messages, not social media messages" that might have put them on the radar of government officials seeking to stop terror attacks.

"I see no indication that either of these killers came across our screen, tripped any trip wires," he said. The messages they used were "not public postings" proclaiming their support for the Islamic State of Iraq and Syria (ISIS).

After Comey revealed last week that the pair became radicalized at least two years before the attack - and before the woman, Tashfeen Malik, applied for a K-1 visa to come to the U.S. - lawmakers have been clamoring for answers about how the government did not detect the threat they posed.

Comey also spoke more broadly about the threat posed by the terror group, telling officers in a New York City Police Department counterterrorism program that, "your parents' al Qaeda was a very different model than the threat we face today."

"On the device on your hip on the in your breast pocket, all day long was the twin message: Come or kill, come or kill," he said.

"Al Qaeda before used to be about centralizing its attack planning coming from the center and attacking out. Now al Qaeda and ISIS have declared, 'look don't come and fight with us, attack in place with any means possible,'" he said. "Part of the jihad isn't fighting just in Afghanistan or Iraq or Syria...and that's in part why security officials are so worried that very strategic shift has then met with new methodologies and is beginning to meet with radicalized individuals in the west and that's the real fear."

"If ISIL finds somebody online who is a live one, someone who might be willing to travel or kill in place, they will begin a Twitter direct messaging contact," Comey explained, using another acronym for the group. "If they really think that this is someone who will kill on their behalf they make another move, they move them from twitter direct messaging, which we can get access to with lawful process, to a mobile messaging app that is end-to-end encrypted. And at the moment the needle that have we have been searching in a nationwide haystack to find, goes invisible to us."

In the wake of the San Bernardino attacks, Comey and other government officials have argued that tech companies need a way to read encrypted messages so that they can hand them over to law enforcement with a court order. End-to-end encrypted messages are visible only to the message sender and recipient, and not to the company whose platform those people are using.

People in the tech world argue that leaving a so-called "back door" for the government will also make these apps vulnerable to hackers. But Comey said he disagrees, saying that he believes this is a business problem and not a technical one.

"We are not going to break the Internet; we are not going to jeopardize people's security," he said. "There are plenty of tech companies today that when a judge's search warrant is served on them, where a judge's order to intercept communications is served on them they comply with it and they still provide secure services to their companies, because their business model allows them to comply with judge's orders."

Other companies, he said, design their business models in a way that they cannot comply with those orders. And Comey said the challenge is to figure out whether "there ways for people who care about the same values to change business models so that we can maximize both values, so we can still protect information when its traveling over the wires, when it's sitting on devices, but we can also comply with judicial orders when it matters most."