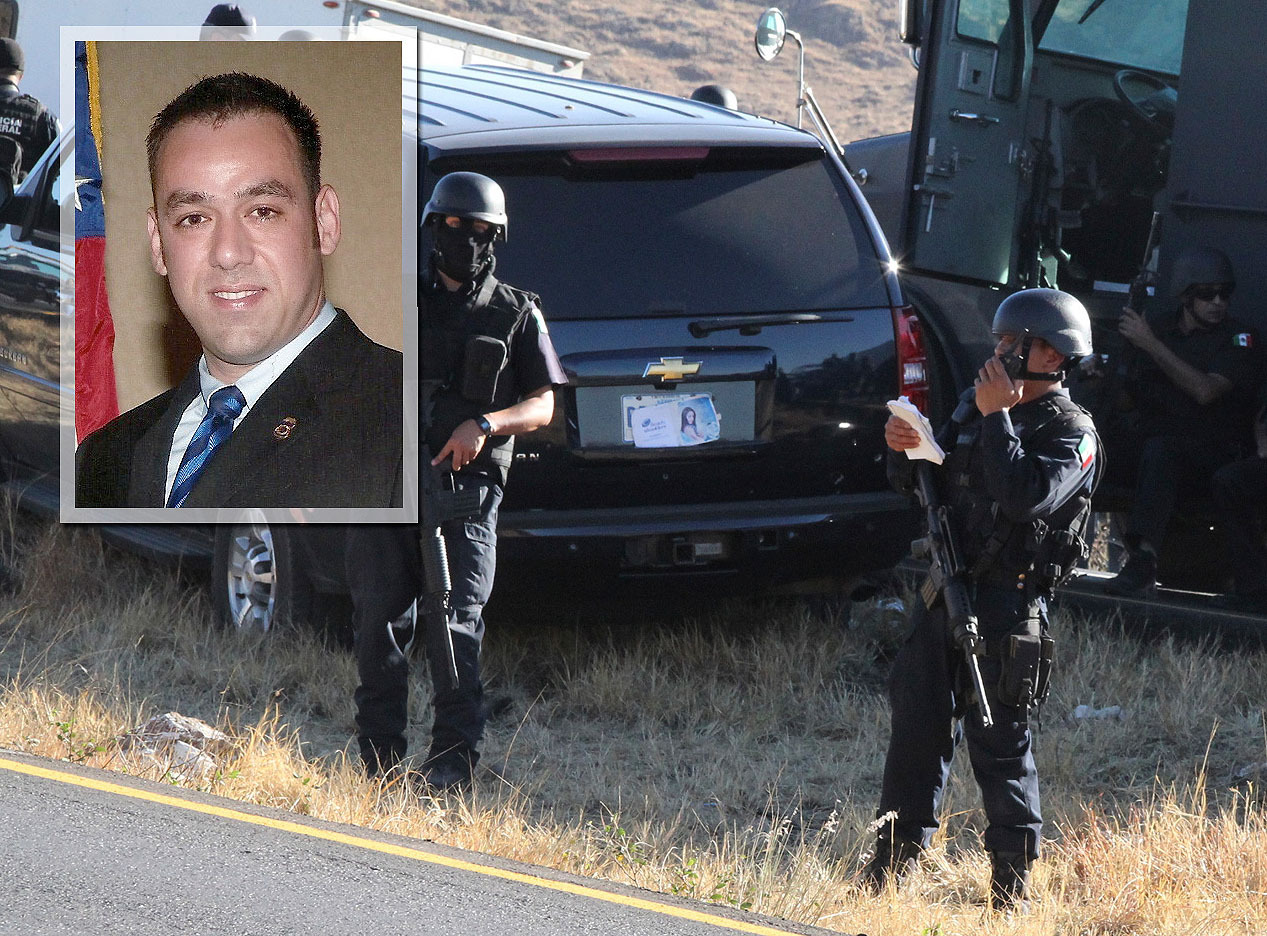 A second wrongful death lawsuit has been filed blaming U.S. government officials involved in the Bureau of Alcohol, Tobacco and Firearms and Explosives' "Operation Fast and Furious," which allowed thousands of weapons to fall into the hands of Mexican drug cartels.

Tuesday, the Texas family of fallen Immigration and Customs Enforcement (ICE) agent Jaime Zapata sued the Justice Department, the Department of Homeland Security, the former head of the ATF and others they blame in Zapata's death.

In February 2011, Zapata and his partner Victor Avila were gunned down in Mexico by suspected drug cartel members. Avila survived but was critically injured and has joined Zapata's family in the suit.

As CBS News reported, at least two of the murder weapons had been trafficked by suspects the ATF had under surveillance but failed to arrest. Zapata's parents argue that if ATF agents had arrested the suspects and confiscated the weapons early on, the rifles might not have been used in their son's murder.

The Justice Department has not commented except to say that, at the time, the ATF "was not aware of," a suspect's purchase of one weapon used in Zapata's murder. Justice officials said answering further questions would jeopardize the investigation.

Zapata and Avila were on assignment at the U.S. Embassy in Mexico when their supervisors sent them on a mission to pick up some equipment that required driving on an infamous stretch of highway "known to be patrolled and controlled by a dangerous criminal organization," according to the suit. That was despite a recent travel notice that warned U.S. embassy employees of the danger. The lawsuit says Avila objected, but that the two were ordered to make the trip anyway without escort and in an armored Chevrolet Suburban that did not have working GPS.

When a drug cartel vehicle cut off and blocked Zapata and Avila's vehicle, Zapata put the vehicle in park and it automatically unlocked the doors, according to the lawsuit. It says the attackers were able to breach the vehicle, kill Zapata and injure Avila using weapons trafficked by suspects ATF had previously watched without arresting.

The lawsuit blames a number of ATF officials involved in Fast and Furious, including former ATF Director Kenneth Melson, former Phoenix ATF Special Agent in Charge Bill Newell and former ATF Phoenix Group Leader David Voth for developing the controversial strategy of combating the Mexican cartels with "gunrunning activities." According to the suit, "The high-risk tactics of cessation of surveillance, gunwalking, and non-interdiction of weapons that ATF used in Operation Fast and Furious went against the core of ATF's mission ... These inherent flaws of Fast and Furious made its tragic consequences inevitable."

All of the ATF officials named in the lawsuit have denied wrongdoing. Newell has said that Fast and Furious was sanctioned at high levels at ATF and Justice Department headquarters, and that he and his colleagues turned to the controversial strategy of letting guns "walk" into the hands of Mexicans gun cartels because prosecutors were turning away their smaller cases involving just the so-called "straw purchasers" who move the weapons.

Two months ago, the family of Border Patrol Agent Brian Terry sued seven government employees -- including some also named in the Zapata lawsuit. Terry was gunned down by illegal immigrants in the U.S. two months before Zapata, in Dec. 2010. Like the Zapata case, the alleged killers were armed with rifles that had been trafficked by suspects ATF watched -- but did not arrest at the time.

The Terry lawsuit claims the federal officials "created, organized, implemented and/or participated in a plan - code named 'Operation Fast and Furious' - to facilitate the distribution of dangerous firearms to violent criminals" and that they "knew or should have known that their actions would cause substantial injuries, significant harm, and even death to Mexican and American civilians and law enforcement, but were recklessly indifferent to the consequence of their actions."

Lengthy investigations by Congress and the Inspector General have faulted at least 17 ATF and Justice Department officials for alleged mismanagement and other violations of conduct.