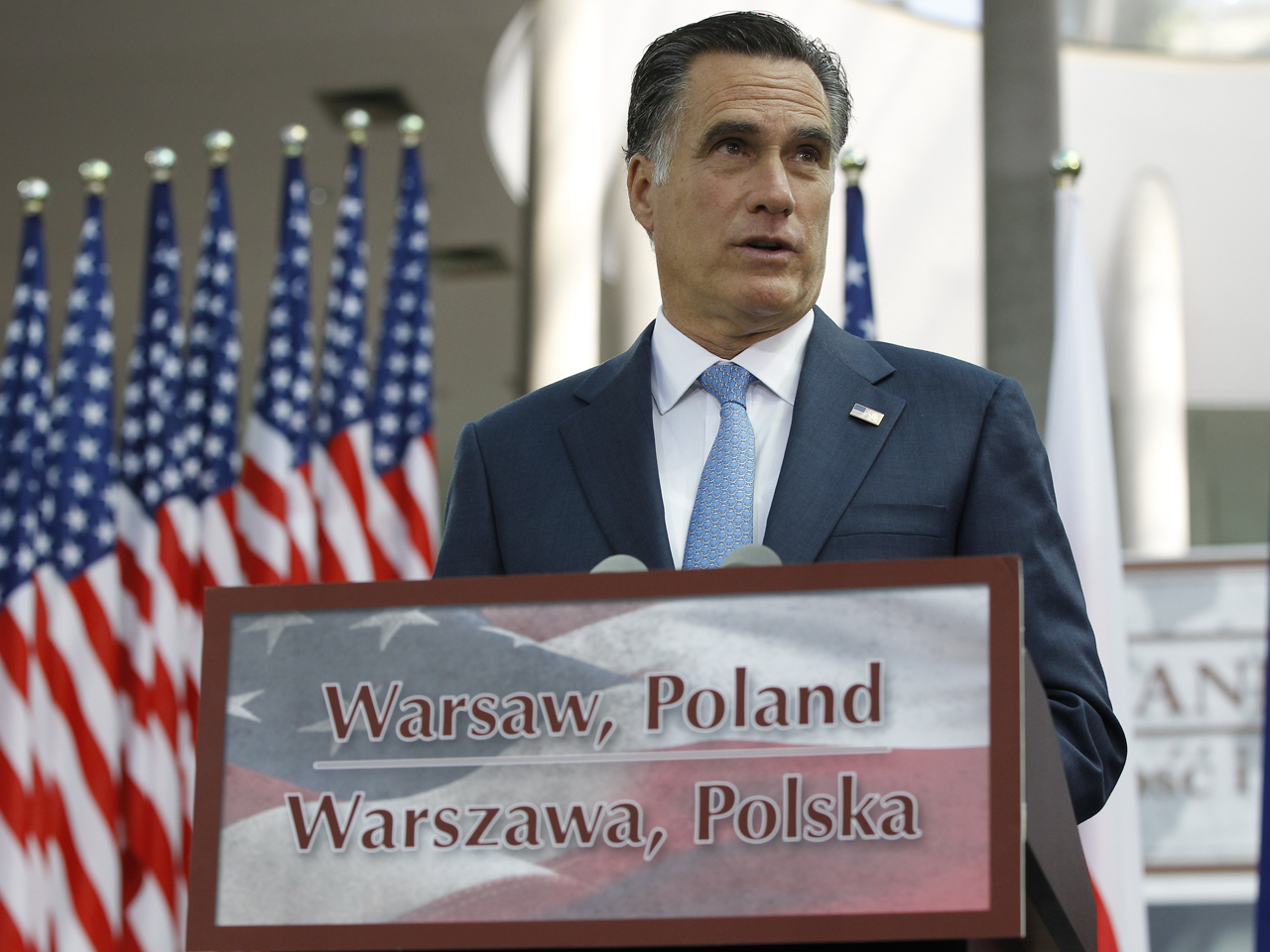 (CBS News) President Obama is seizing on a study out Wednesday to support his argument that Mitt Romney is focused on boosting the rich at the expense of the middle class.

The study from the Tax Policy Center looks at the impact of Romney's tax plan, which he promises will be revenue neutral. Romney has vowed to cut tax rates by 20 percent across the board, repeal the estate tax and get rid of taxes in investment income for those making up $200,000. He says the reduction these tax cuts will have on tax revenue will be offset in part by eliminating deductions and loopholes, though he has refused to say what deductions and loopholes he would eliminate.

(Obama slams Romney's tax plan in a stump speech in Ohio on Wednesday.)

The Tax Policy Center - a joint project of the Brookings Institution and the Urban Institute - found that if Romney wants his plan to be revenue neutral, it will result in "large tax cuts to high-income households, and increase the tax burdens on middle- and/or lower-income taxpayers."

They found that would be the case no matter how he ultimately structures the plan. In fact, the group operated on the assumption that Romney would first eliminate deductions and loopholes for the wealthiest Americans.

"[E]ven when we assume that tax breaks - like the charitable deduction, mortgage interest deduction, and the exclusion for health insurance - are completely eliminated for higher-income households first, and only then reduced as necessary for other households to achieve overall revenue-neutrality- the net effect of the plan would be a tax cut for high-income households coupled with a tax increase for middle-income households," it said.

Republicans maintain that the tax cuts would significantly spur growth, so the Tax Policy Center, which said that "reasonable models would show that these tax changes would have little effect on growth," factored in what it described as "implausibly large growth effects." It still found that the plan would likely result in a tax increase for lower- and middle-class Americans and a tax cut for the highest earners.

The group said that Romney's plan would reduce federal tax revenues by $360 billion in the year 2015, with the tax breaks overwhelmingly favoring the wealthiest Americans. It looked at what would happen if Romney explicitly sought to cut tax expenditures for those making the most. It found that even under that assumption, those making more than $1 million would see their after-tax incomes increased by more than 4 percent - with an average tax cut of roughly $87,000. To maintain revenue-neutrality, those earning less than $200,000 would have to see their after-tax income decreased by 1.2 percent, with an average tax increase of $500 per household.

(Romney discussed the economy and Europe's economic woes in a speech in Poland earlier this week.)

The Tax Policy Center also offered an explanation for why Romney won't make clear which deductions and loopholes he would eliminate.

"Offsetting the $360 billion in revenue losses necessitates a reduction of roughly 65 percent of available tax expenditures," it said. "Such a reduction by itself would be unprecedented, and would require deep reductions in many popular tax benefits ranging from the mortgage interest deduction, the exclusion for employer-provided health insurance, the deduction for charitable contributions, and benefits for low- and middle-income families and children like the EITC and child tax credit."

In his remarks in Mansfield, Ohio, Wednesday, Mr. Obama complained that much of Romney's proposed tax cut would go to the wealthiest one percent of Americans.

"Folks making more than $3 million a year, the top one-tenth of one percent, would get a tax cut worth almost a quarter of a million dollars," he said. "Now, think about that. Folks making $3 million or more a year would get a quarter of a million dollar tax cut. But listen, it gets worse. Under my opponent's plan, who do you think gets the bill for these $250,000 tax cuts? You do!"

"And you do not have to take my word for it," he added. "Just today, an independent, non-partisan organization ran all the numbers on Gov. Romney's plan. This wasn't my staff; this wasn't something we did. An independent group ran the numbers. They found that if Gov. Romney wants to keep his word and pay for this plan, then he'd have to cut tax breaks that middle class families depend on."

The Romney campaign responded by stating that "President Obama continues to tout liberal studies calling for more tax hikes and more government spending." It noted that one of the three authors of the study, Adam Looney, was a Treasury Department aide under Mr. Obama, and pointed to a different study finding Mr. Obama's tax plan would increase tax rates for 2.1 million business owners.

"We've been down that road before - and it's led us to 41 straight months of unemployment above 8 percent," said Romney Spokesman Ryan Williams. "It's clear that the only plan President Obama has is more of the same. Mitt Romney believes that lower tax rates and less government will jump-start the economy and create jobs."

"This is just another biased study from a former Obama staffer that ignores critical parts of Governor Romney's tax reform program, which will help the middle class and promote faster economic growth," said Romney for President Policy Director Lanhee Chen. "The study analyzes only half of Governor Romney's tax program, ignoring the reforms that would make America's corporations more competitive by moving from the highest corporate tax rate in the industrialized world to one that is comparable to our trading partners. And the study ignores the positive benefits to economic growth from both the corporate tax plan and the deficit reduction called for in the Romney plan. These glaring gaps invalidate the report's conclusions."