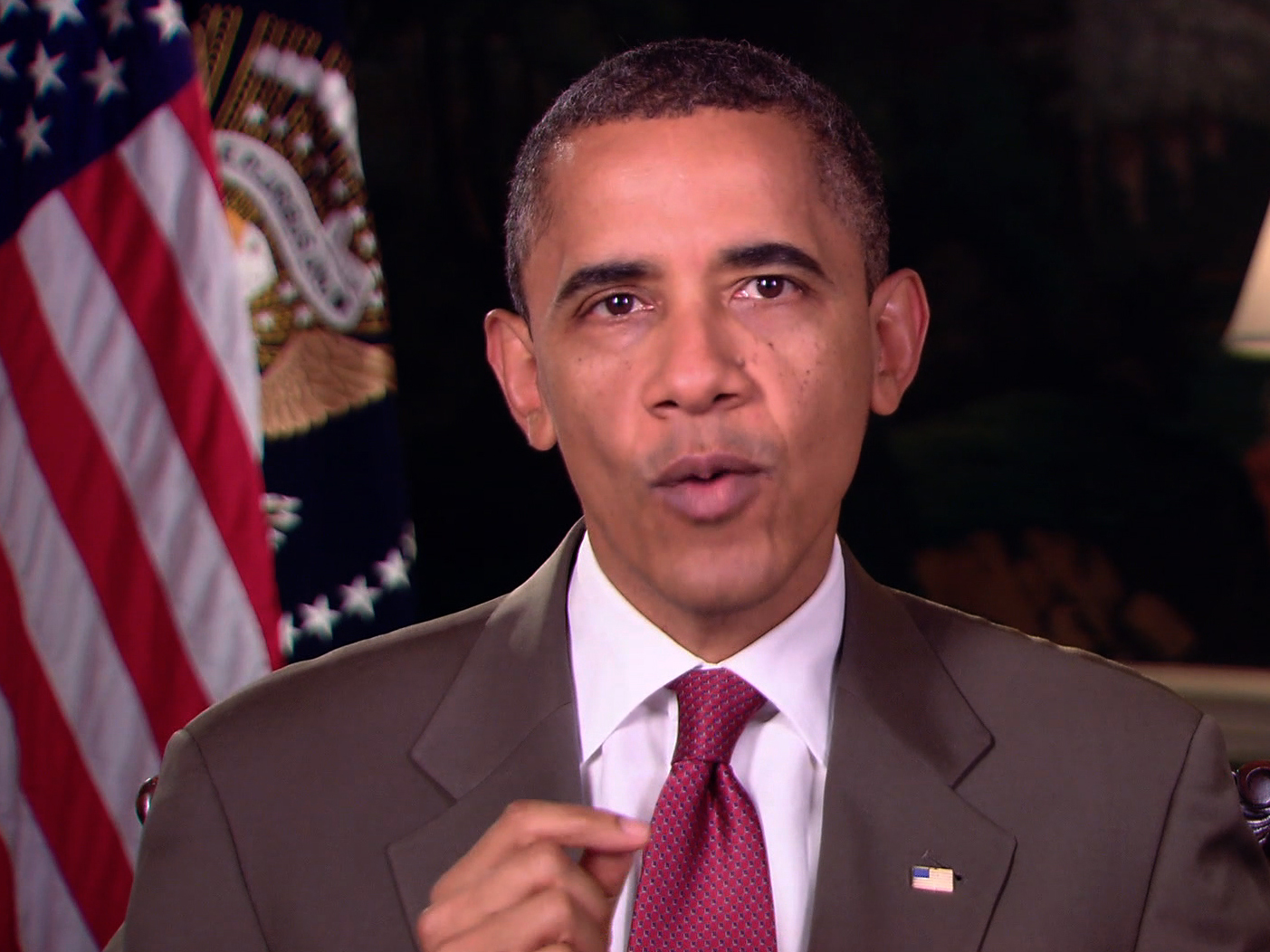 An overarching theme of Mitt Romney's presidential campaign is that he will not apologize for America - unlike the current occupant of the White House. Romney is so committed to this argument that he made it the title of his 2010 book, and it's a point he hits over and over again on the stump. Here's Romney last August, speaking to the VFW:

"I start with the fundamental conviction that America is the greatest nation in the history of the world and a force for good. And while we are not perfect, I will not apologize for America!

Our president has taken a different approach. Have we ever had a president who was so eager to address the world with an apology on his lips and doubt in his heart? He seems truly confused not only about America's past but also about its future."

In his book, Romney points to what he calls apologies in speeches in various countries as part of Mr. Obama's "apology tour" - a term coined by Karl Rove.

There's no question that Mr. Obama has explicitly said that America is less than perfect. One of the quotes that Romney seized on comes from a 2009 town hall meeting in France. Here's the section Republicans highlight:

"In America, there's a failure to appreciate Europe's leading role in the world. Instead of celebrating your dynamic union and seeking to partner with you to meet common challenges, there have been times where America has shown arrogance and been dismissive, even derisive."

Let's put aside the question of whether that's an apology for now - and simply see what the president said next.

"But in Europe, there is an anti-Americanism that is at once casual, but can also be insidious. Instead of recognizing the good that America so often does in the world, there have been times where Europeans choose to blame America for much of what's bad."

Clearly, Mr. Obama was making a two-sided argument, not offering up an apology in a vacuum.

Romney also cited Mr. Obama's statement in Cairo that "The United States is still working through some of our own darker periods in our history," a reference to slavery. But if this constitutes an apology, then Republican president George W. Bush is the real apologizer-in-chief. In 2003, Mr. Bush said that the "racial bigotry fed by slavery did not end with slavery or with segregation." And Mr. Bush repeatedly apologized to foreign governments for American actions - including for an American soldier shooting a Koran and for abuse of Iraqi prisoners.

As I see it, there are two possible interpretations of Romney's position.

First, he believes the United States has never done anything wrong when it comes to foreign policy - a position that no serious observer could possibly hold.

Second, he believes the United States has made mistakes - but the president shouldn't admit them no matter what. If Romney truly believes that, he is both breaking with Mr. Bush and significantly limiting the tools at his disposal in international diplomacy.

If I had to guess, though, I'd say he doesn't believe it. A President Romney would be just as likely to acknowledge America's mistakes as a President Bush or Obama if he thinks doing so would serve American interests.

However, Romney appears to have calculated that he can win voters by implicitly casting Mr. Obama as anti-American - even if the claim has little connection to the truth.