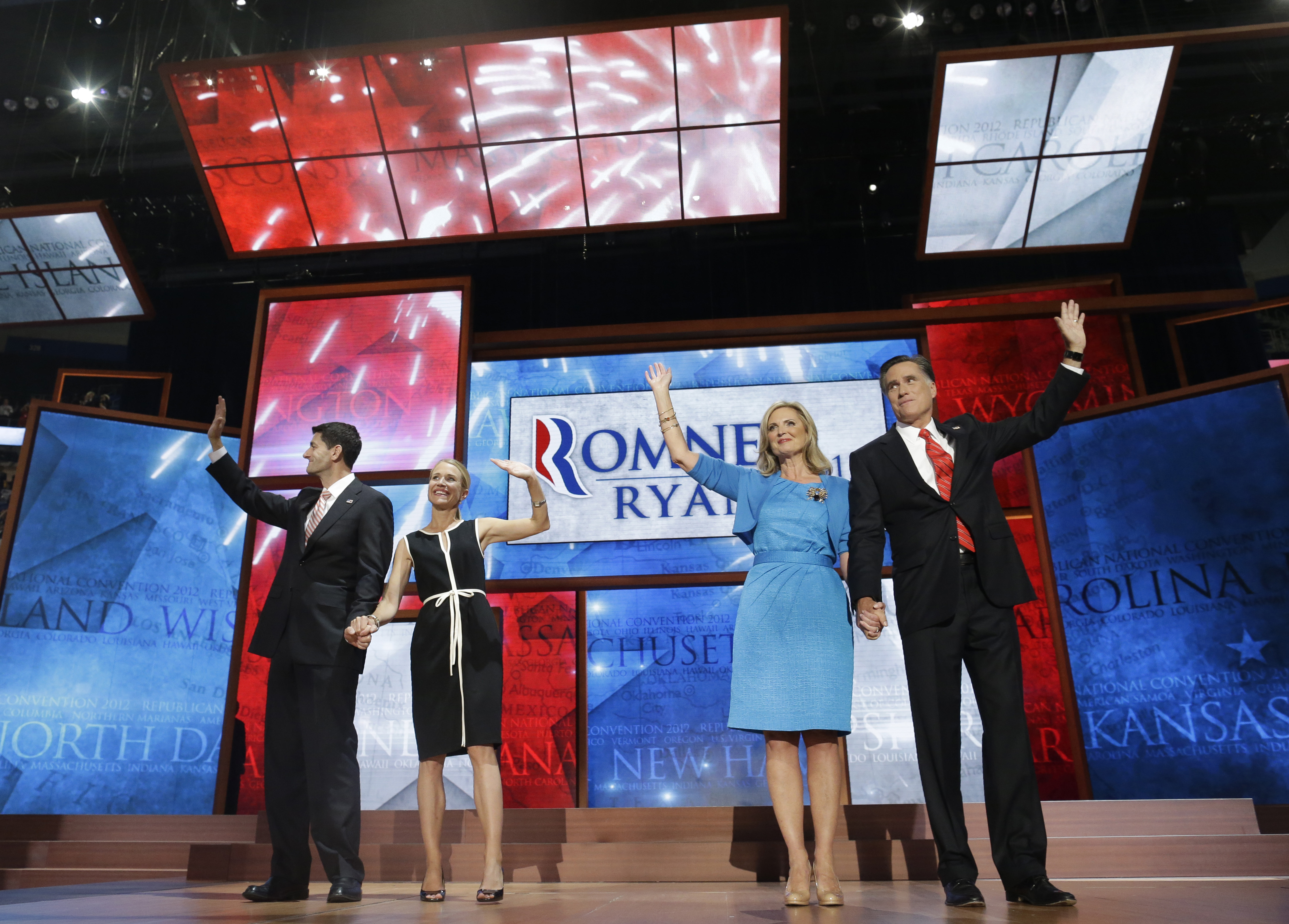 (CBS News) In his first speech as the Republican Party's official presidential nominee, Mitt Romney on Thursday delivered an uncharacteristically personal plea for the presidency, outlining his vision for the nation's future while vowing to "put the disappointments of the last four years behind us."

Romney, who jubilantly made his way onstage after making his way through the crowd, spoke of love, unity, and religion as he pledged to help Americans and their families.

He also offered a harsh rebuke of what he cast as President Obama's "disappointing" tenure in the White House, targeting his rival on health care, the economy, foreign policy, and educational policies. He also touched on social issues, promising to respect the "sanctity of life," and the "institution of marriage."


Couching his criticisms of Mr. Obama in relatively benign language, the Republican nominee said he did "wish" the president had been able to make good on his message of "hope and change," but wondered whether voters still felt as "excited" about the administration as they did four years ago.

"His promises gave way to disappointment and division. This isn't something we have to accept," said Romney. "You know there's something wrong with the kind of job he's done as president when the best feeling you had was the day you voted for him."

Assuring voters a better future under his direction, Romney laid out a vision for an America where "all things" are possible and "big dreams" remain within reach, and outlined a five-step plan he said would create 12 million jobs in America.

"To the majority of Americans who now believe that the future will not be better than the past, I can guarantee you this: if Barack Obama is re-elected, you will be right," he said. "I am running for president to help create a better future. A future where everyone who wants a job can find one. Where no senior fears for the security of their retirement. An America where every parent knows that their child will get an education that leads them to a good job and a bright horizon."

In the hours leading up to Romney's address, friends and acquaintances told personal stories about the candidate and his family, and his speech seemed designed to make him appear more relatable to candidates.

Relating a handful of anecdotes about his wife and children, his Mormon faith, his experience as a business man, and his parents, Romney made a rare effort to shed light on his values, his personal history, and what drives him as a person and as a politician.

"My mom and dad were true partners, a life lesson that shaped me by everyday example," he said. "When my mom ran for the Senate, my dad was there for her every step of the way. I can still hear her saying in her beautiful voice, 'Why should women have any less say than men, about the great decisions facing our nation?'"

He also touted the number of women in his staff, before giving shout-outs to female politicians who spoke at the convention earlier in the week.

Earlier this week, a CBS News poll suggested that Romney suffers from an empathy gap among voters, 32 percent of whom said they felt they did not "know" whether they had a favorable or unfavorable view of the candidate. Polls also show a significant gender gap for the candidate.

Capping off his remarks moments before being joined onstage by running mate Paul Ryan, Romney called on Americans to help him restore "that America" - that is "the best within each of us. That America we want for our children."

"If I am elected President of these United States, I will work with all my energy and soul to restore that America, to lift our eyes to a better future," he vowed, amid deafening applause from the crowd. "That future is our destiny. That future is out there. It is waiting for us."