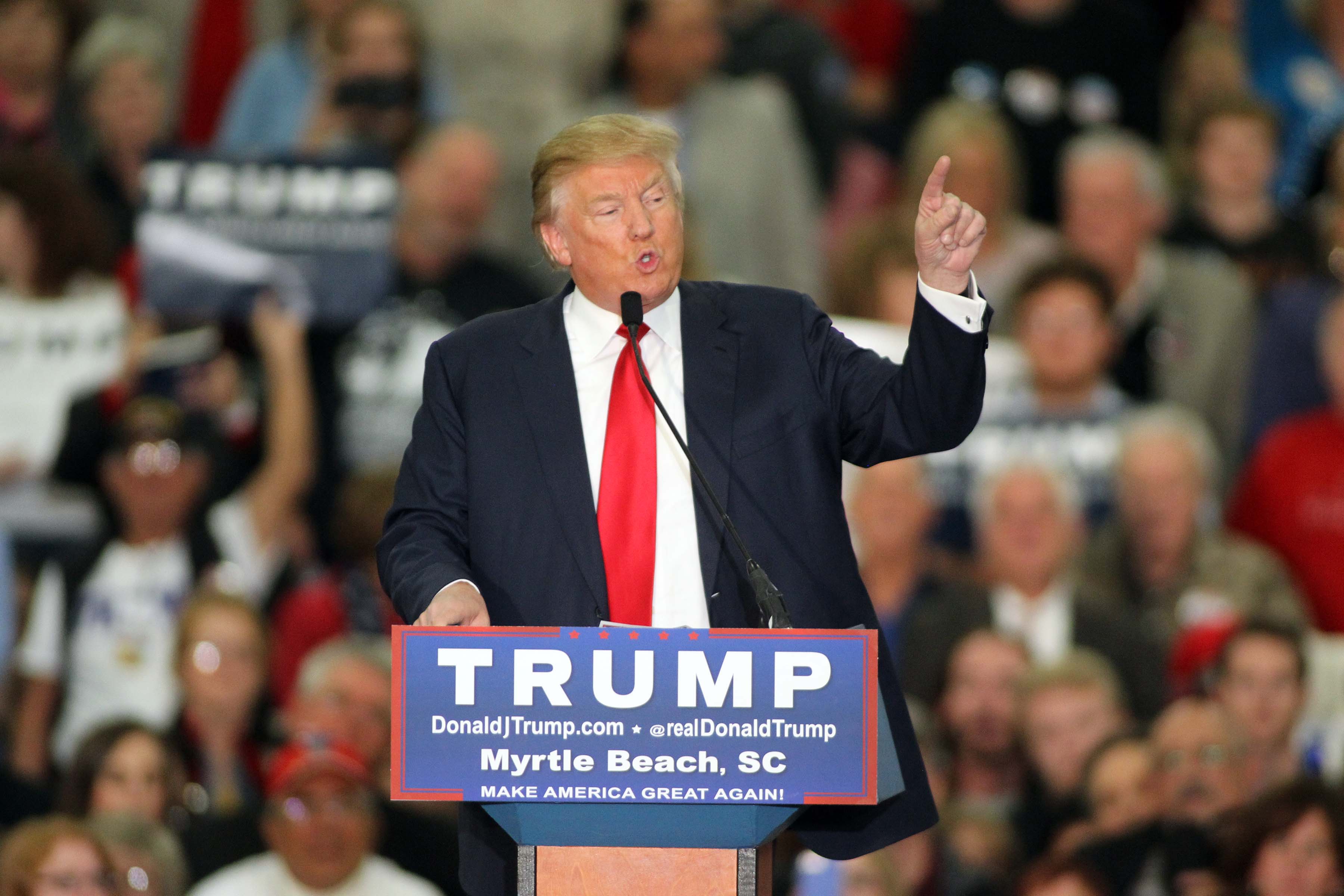 At a rally in Myrtle Beach, South Carolina Tuesday, Donald Trump said his list of accomplishments includes the fact that he predicted the 9/11 terror attacks. He was alerted to this fact by a friend who called him and said his 2000 book, "The America We Deserve," proved, 'you're the first guy that really predicted terrorism."

Here's a look at some of Trump's claims from the rally and how they stacked up against his book - and what actually happened.

Claim: "In my book, The America We Deserve - I said Osama Bin Laden, better watch him, bad guy...In my book, before the World Trade Center . I said Osama bin Laden, I said you better take him out."

The record: Trump did mention bin Laden by name in Chapter 4, called, "The Foreign Policy We Deserve." However he merely pointed bin Laden as an illustration of haphazard foreign policy -- not to predict that bin Laden would be responsible for the next attack against the U.S.

"Instead of one looming crisis hanging over us, we face a bewildering series of smaller crises, flash points, standoffs, and hot spots. We're not playing the chess game to end all chess games anymore. We're playing tournament chess--one master against many rivals. One day we're all assured that Iraq is under control, the UN inspectors have done their work, everything's fine, not to worry. The next day the bombing begins. One day we're told that a shadowy figure with no fixed address named Osama bin-Laden is public enemy number one, and U.S. jetfighters lay waste to his camp in Afghanistan. He escapes back under some rock, and a few news cycles later it's on to a new enemy and new crisis," Trump wrote. "Dealing with many different countries at once may require many different strategies. But there isn't any excuse for the haphazard nature of our foreign policy. We don't have to reinvent the wheel for every new conflict."

The 9/11 Commission Report also notes that Bush's advisers from the intelligence community informed him in early 2001 that killing bin Laden would not end the threat of al Qaeda.

Claim: Trump said Joe Scarborough remarked, "He predicted Osama bin Laden. He had that before anyone knew who the hell he was. That's in the book."

Scarborough didn't say that Trump pointed to bin Laden before anyone else knew who he was. Bin Laden was indicted for the near-simultaneous 1998 U.S. embassy bombings in Tanzania and Kenya that killed over 200 people.

He had also been on the radar of the CIA long before that time: In 1996, the agency was concerned enough about bin Laden's activities to establish a dozen-person unit exclusively for the purpose of analyzing intelligence on and planning operations against him.

Claim: "The other thing I predicted was terrorism. Friend of mine called - he's very political - Forget that, 'you're the first guy that really predicted terrorism.' I said, 'Look - I can feel it.'"

The record: Here's what Trump had to say about a terror attack in his 2000 book.

In Chapter 1, he wrote, "I really am convinced we're in danger of the sort of terrorist attacks that will make the bombing of the Trade Center look like kids playing with firecrackers. No sensible analyst rejects this possibility, and plenty of them, like me, are not wondering if but when it will happen."

And in Chapter 5, there was this: "In our age of miniaturization, weapons have shrunk--and the threat against us is suddenly very large. When a nuclear device can fit in a suitcase, and a canister of anthrax can devastate New York, Boston, Los Angeles, or any other American city, the equation has changed radically."

He also wrote, "Yet it's time to get down to the hard business of preparing for what I believe is the real possibility that somewhere, sometime, a weapon of mass destruction will be carried into a major American city and detonated."

Trump was, in fact, right that there was a terror attack far greater in scale than the 1993 World Trade Center bombings, which killed six people and injured more than 1,000. The Sept. 11 attacks killed nearly 3,000.

He was off-base about other aspects, though. Trump predicted the terror plot would be the result of the miniaturization of weapons like nuclear bombs or a canister of anthrax.

At least group was struggling to use anthrax as a weapon before Trump published his book: Aum Shinrikyo, a Japanese religious cult, experimented with anthrax as a biological weapon but ultimately chose sarin gas for their 1995 attack on the Tokyo subway system.

The Federation of American Scientists wrote, "While cultivating anthrax from naturally occurring sources is relatively simple, producing an effective weaponized form is technically difficult. The anthrax spores must be specially processed to prevent clumping and allow for greater inhalation leading to a fatal infection."

He may not have been right about the weapons used in 9/11, but this chapter also had Trump's assessment of intelligence.

The record:The 9/11 attacks also didn't come without warning. As early as December 4, 1998, former President Clinton was warned that bin Laden was preparing to hijack U.S. aircraft, according to the 9/11 Commission Report. But Trump's assessment that "the inadequate use of intelligence is pervasive" rings the most true given the intelligence failures that occurred prior to the attacks.

"Information was not shared, sometimes inadvertently or because of legal misunderstandings. Analysis was not pooled. Effective operations were not launched. Often the handoffs of information were lost across the divide separating the foreign and domestic agencies of the government," the commission's report said.