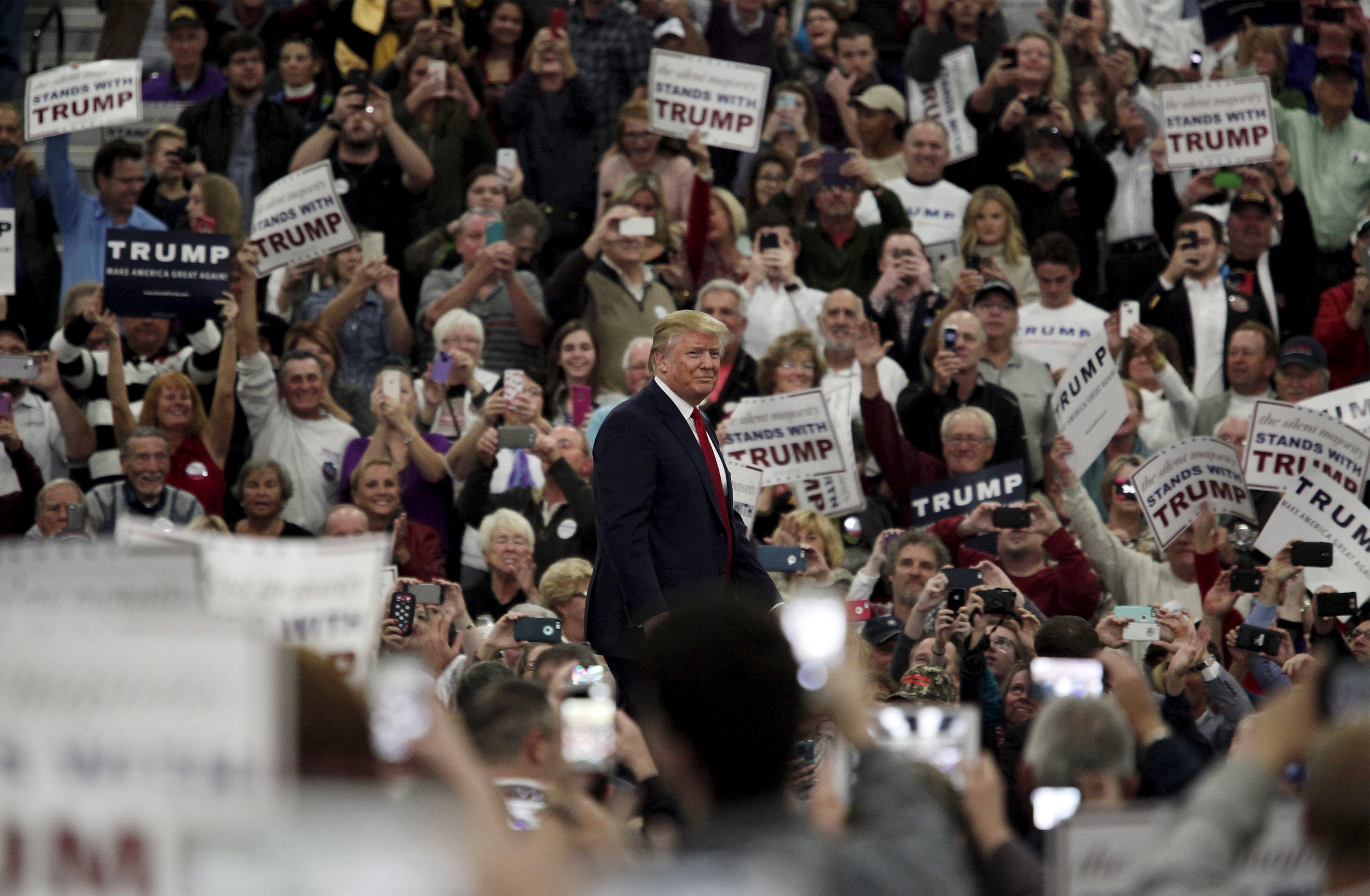 GOP front-runner Donald Trump is adding prescience to his list of accomplishments.

At a rally in Myrtle Beach, South Carolina, he declared to a riled-up crowd of thousands, "The other thing I predicted was terrorism. (A) friend of mine called (and said) ... 'you're the first guy that really predicted terrorism."'

He was referring to his book, "The America We Deserve," which was published in 2000, when he was considering a presidential run on the Reform Party ticket. Trump also referred to Osama Bin Laden in the book.

Trump has always been known as a braggart. It's that apparent self-confidence that has endeared him to his supporters.

"He is probably saying all the things out loud that we're thinking but don't have the nerve to say it," said 66-year-old Barbara Estelle, a retiree who moved to Myrtle Beach five years ago.

Trump insisted again that he had seen thousands in Jersey City applauding the fall of the Twin Towers, in spite of a dearth of evidence to support the claim. But he hypothesized that the media was intentionally keeping proof of the attacks under wraps.

"So I was taking heat," Trump said, "because you know the liberal media, they want to guard that. They don't want that out because that's not good for them."

"Sometimes I think the media is biased for one candidate or the other," Estelle, a committed Trump supporter said. "I think sometimes comments are taken out of context....I don't think he's mean spirited. I don't think he'd ever mean it in a mean-spirited way, I think he rises above it."

This was the first campaign stop attended by Trump's family. His wife, Melania, three of his children - Ivanka, Tiffany and Barron, and son-in-law Jared Kushner all briefly took the stage. Melania, who is rarely seen in public, addressed the audience.

"Good evening, isn't he the best?" she said. "He will be the best president ever. We love you."

The rally wasn't without its other odd moments. This was the third rally in which a man dressed like Trump. Earlier appearances of Trump impersonators were in Las Vegas earlier this year and in Norfolk, Virginia, on Halloween. On Tuesday, Terry Silliman, 46, showed up in a blonde wig, a red tie, a suit, holding two American flags, and donning multiple Trump badges.

"Well, I did it for Halloween," Silliman said. "Because I like Donald Trump so much. Pretty cool guy. He speaks a lot of good issues. What he can do to bring back the country from where it's at right now which is racial divide, all the stuff going on in the Middle East right now."

Trump saw him from his podium and brought him on stage.

"I'll tell you what, this is what I call a great supporter," Trump said to Silliman.

"Are you married?" Trump said. Silliman beckoned towards his wife in the crowd. Trump then turned towards her.

"Are you happy with your husband? She said yes! She fantasizes that he's really doing Donald Trump!"

Before Trump came on stage, a disc jockey warmed up the crowd with an upbeat playlist, with more pop classics. Typically, the playlist - which is handpicked by Trump, features softer songs by artists such as Adele and the soundtrack from "Phantom of the Opera." Tuesday, there was Bruno Mars and Lou Bega's "Mambo No. 5." Many members of the crowd waved handmade "Build That Wall" signs as they danced.