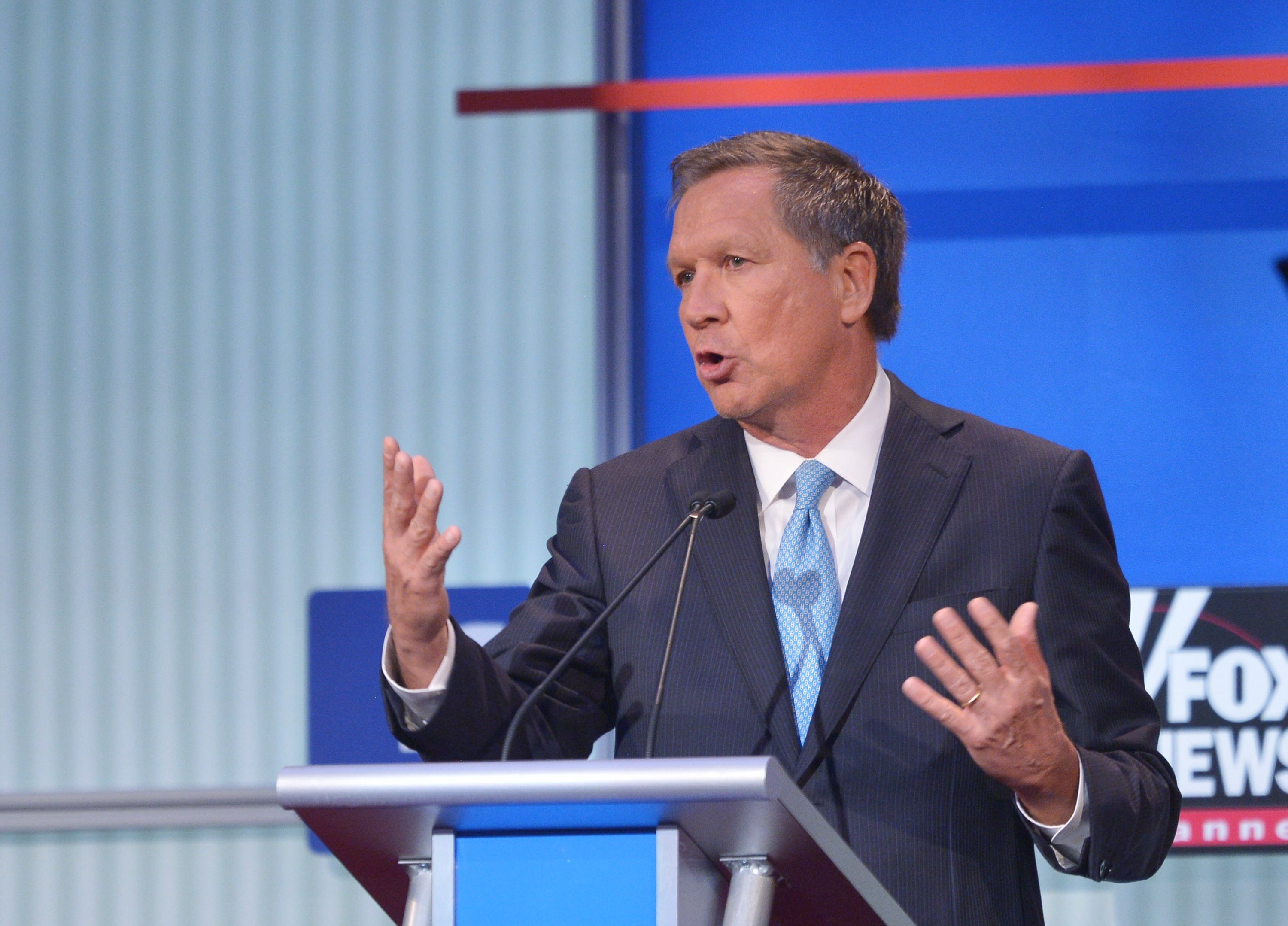 The "11 or 12 million who are here, we ought to find out who they are," Kasich, a Republican presidential candidate, told CNN. "If they've been law-abiding over a period of time, they ought to be legalized, and they ought to be able to stay here."

He also called for the completion of a fence along the U.S.-Mexico border, and the establishment of a guest worker program that would allow foreign laborers into the country to meet the needs of businesses.

Kasich once supported a bill that would eliminate birthright citizenship - citizenship that is automatically granted to babies born in the U.S., even if they are born to undocumented parents - but he backed away from that position on Sunday, saying, "I don't think we need to go there."

Some GOP candidates, like South Carolina Sen. Lindsey Graham, have gone a step further, calling for a path to citizenship - not just residency - for undocumented immigrants.

"You would have a long, hard path to citizenship," Graham told USA Today in May, "but I want to create that path because I don't like the idea of millions of people living in America for the rest of their lives being the hired help. That's not who we are."

Democratic frontrunner Hillary Clinton has staked out a similar position, arguing that granting residency but not citizenship to undocumented immigrants would give them "second-class status."

Florida Sen. Marco Rubio, another GOP presidential candidate, co-sponsored a comprehensive immigration bill in 2013 that included a path to citizenship, but that bill was stalled by conservative opposition in the House, and Rubio has since distanced himself from the effort.

Other GOP candidates like Wisconsin Gov. Scott Walker and Ted Cruz, have struck a more staunchly conservative tone on the issue, refusing any "amnesty" to people who are in the U.S. illegally and insisting the focus of any immigration policy should be on border security and law enforcement.

And in a class of his own is billionaire businessman Donald Trump, who has written off many Mexican immigrants as criminals and "rapists" and called for Mexican government to pay for the completion of a border fence.

Kasich's position aims to strike a middle ground amid the crowded spectrum of GOP opinions on the issue, and it places him on roughly the same ground as former Florida Gov. Jeb Bush.

Still, the Ohio governor hasn't explicitly ruled out a path to citizenship, suggesting he'd like to keep his options open to ensure more negotiating freedom. "The debate is about whether they should become citizens," he told a town hall in New Hampshire last month. "I wouldn't favor that, but I got to tell you we got to get this fixed. And if you're gonna get it fixed, you're going to need Republicans and Democrats. I'm not taking any options off the table on that issue right now."