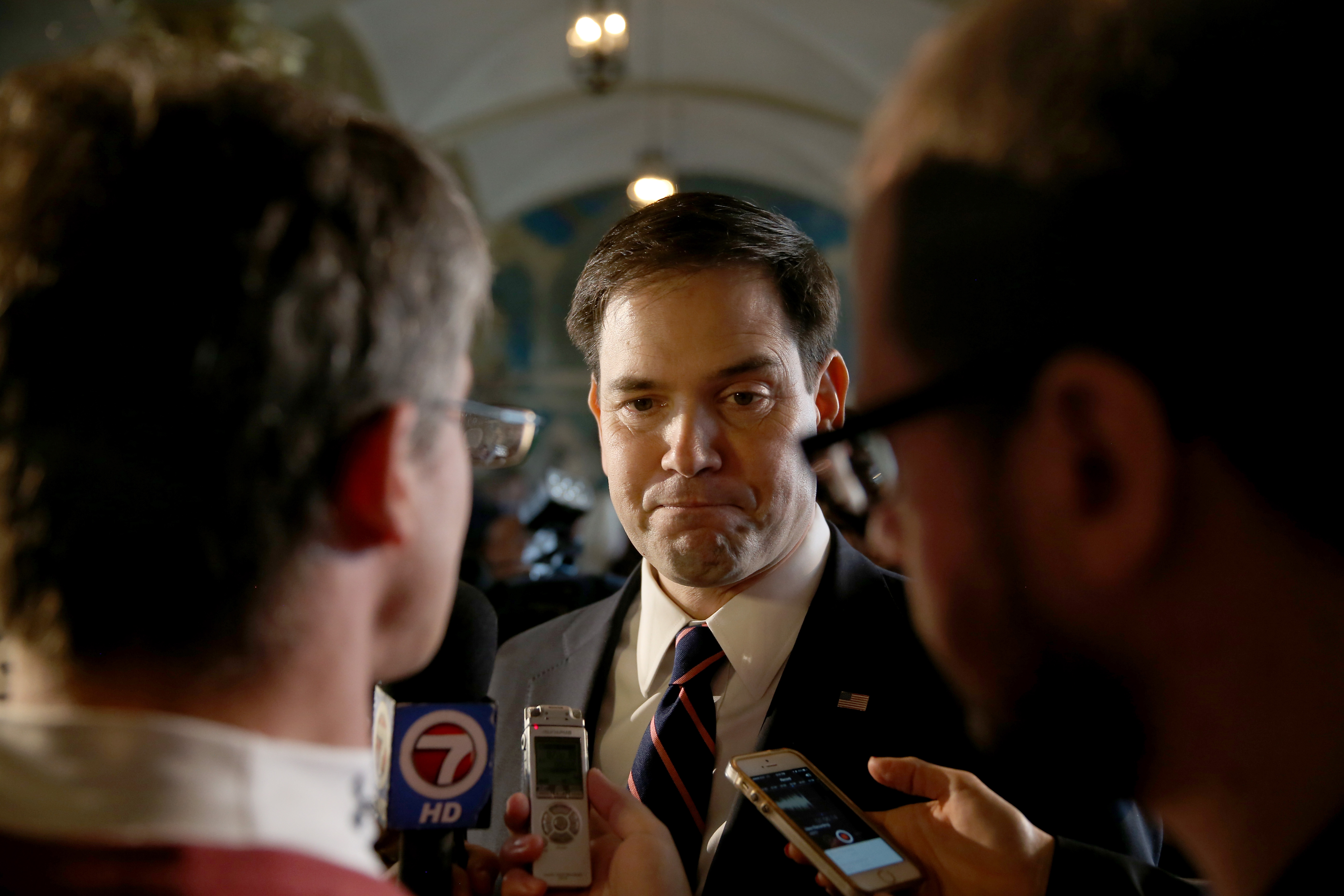 Marco Rubio has already apologized to the right wing base for his one-time support of comprehensive immigration reform, but two years later at the Conservative Political Action Conference (CPAC), Republicans are still bringing up the immigration "mistake" he made in the Senate.

"You went forward with your immigration proposal, and at the end of the day you said, 'It didn't work. I tried...it's not going to work,'" Fox News' Sean Hannity said in a sit-down interview with the Florida senator at the conference.

Rubio insisted that his original plan was, in fact, "the single biggest lesson of the last two years."

"Well, it wasn't very popular. I don't know if you know that from some of the folks here," Rubio said in a joking aside.

The immigration plan that Hannity referenced was a 2013 immigration reform bill that Rubio played a key role in pushing. The legislation would have tightened border security, reworked the national visa program, and offered a path to citizenship for undocumented immigrants.

It's not exactly the sort of pitch that plays well at CPAC, the right wing's Super Bowl equivalent -- even two years later when the senator is considering a 2016 presidential run. And amidst the threat of a DHS shutdown because of President Obama's executive actions on immigration, it's a knock against Rubio's conservative bona fides.

The proposal did garner support across the aisle two years ago: a "Gang of Eight"-- including four Democrats -- came together to push the comprehensive bill. But after immigration hawks criticized the junior senator when he took aim at The Heritage Foundation, stalwart of conservative ideals, in 2013, Rubio walked back his whole-sale immigration plans in favor of more piecemeal reforms.

Hannity pointedly said, "Last time I interviewed you on radio about it, you said you regretted going forward, you learned from the process, you thought you made a mistake."

"You have 10 to12 million people in this country, many of whom who have lived here for longer than a decade, that have not otherwise violated our laws, other than the immigration laws. I get all that," Rubio said in his defense. "What I've learned is you can't have a conversation about that until people believe and know, not just believe but it's proven to them, that future illegal immigration will be controlled and brought under control. That is the single biggest lesson of the last two years."

Instead, Rubio laid out an immigration attack that focused on securing the U.S.-Mexico border.

"There are at least three sectors of border, one in particular, that are just completely insecure," Rubio said. "It needs more fencing, it needs more patrols. That stuff has to get done."