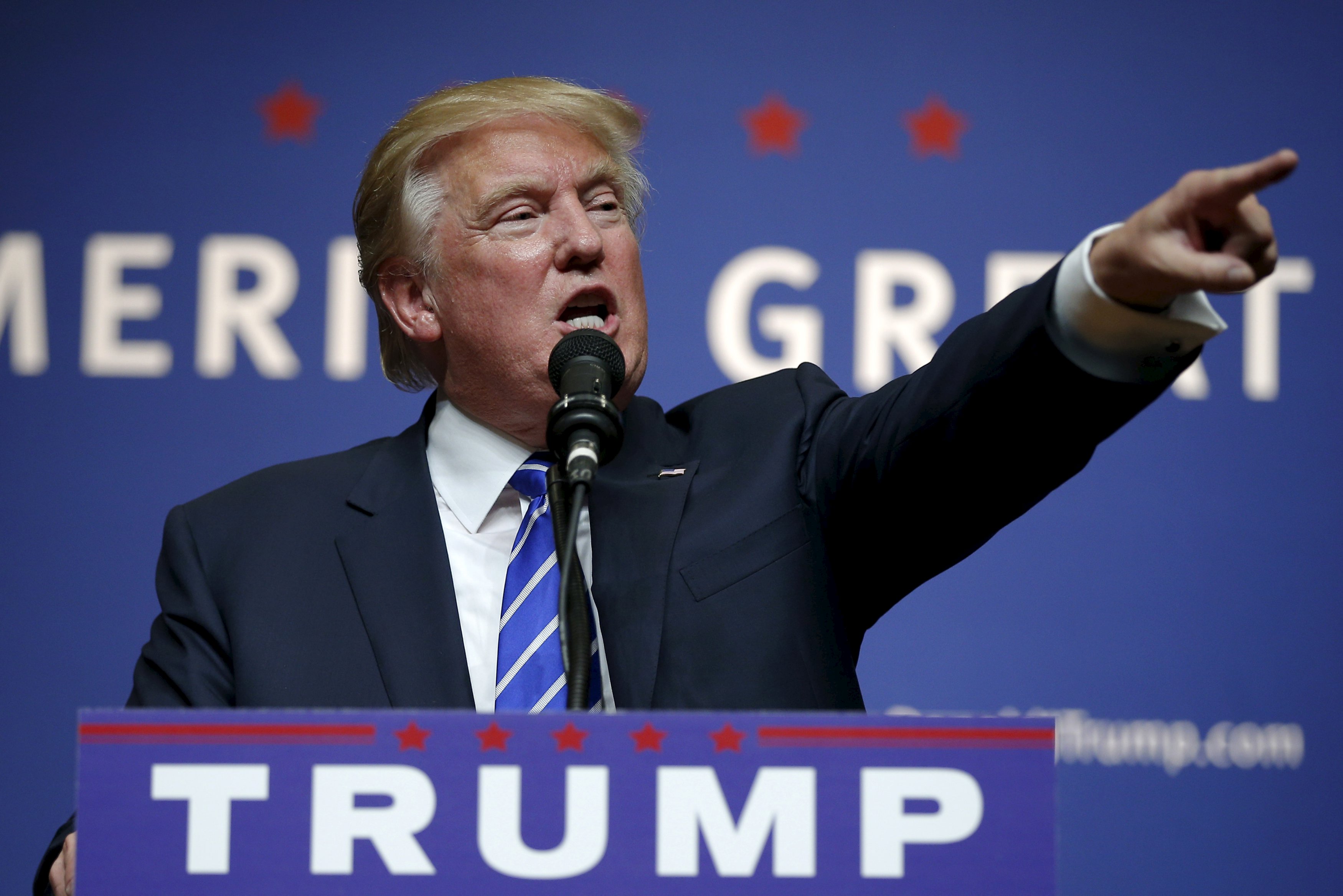 HAMPTON, N.H. -- Rising in the Republican polls and seemingly impervious to attacks, Donald Trump arrived in New Hampshire on Friday night armed with a spring in his step and an endless salvo of attacks aimed at his "stupid" opponents.

"You know, they're calling it 'the summer of Trump,'" he boasted to an audience of more than 2,000 packed into a high school auditorium in the seacoast town of Hampton.

With his characteristic lack of humility, the real estate mogul avoided talking policy specifics but promised "brilliant" and "phenomenal" leadership on challenges ranging from foreign policy to veterans health care to infrastructure.

"Our schools, our highways, everything - it's a mess!" Trump said to roaring applause. "Who is better at infrastructure than Trump?"

While he skirted around details about what exactly he would do as President -- a now-familiar routine two months into his campaign -- Trump took obvious pleasure in teasing his GOP rivals with withering criticism. So did the crowd.

Trump pulled no punches, whacking Scott Walker's record in Wisconsin, mocking Rick Perry and Lindsey Graham's stagnant poll numbers, and trashing Carly Fiorina's business resume after joking that he might get in trouble for attacking the only woman in the GOP field.

The crowd, a mix of rowdy conservatives, curious interlopers and star-struck television fans, lapped it up.

Trump seized on Jeb Bush's remark this week that removing Saddam Hussein from power in Iraq was a "good deal," despite the deaths of thousands of U.S. servicemen and over $1 trillion spent on the war.

He saved particular venom for Rand Paul, who has been attacking Trump since the first Republican debate, as "a disaster in the polls" who is "getting decimated by everybody." He poked fun at Paul's stature, making fun of his 5-foot-8 height and his "chirping" presence on last week's debate stage.

Trump pointedly criticized the Kentucky Senator for seeking the White House while simultaneously running for re-election in his home state.

"The people of Kentucky should get a senator that wants to represent them," he said. "Not a senator where it's a back-up plan. Now if I was in Kentucky, I would run against him, and believe me, I would win."

The Republican front-runner told a story about a time he played golf with Paul, an ophthalmologist, who lobbied him to donate to an eye clinic. Trump called Paul a hypocrite before pointing out that "I killed him" in golf.

Trump welcomed Democrats Joe Biden and Al Gore -- who have reportedly been pondering their own presidential bids as front-runner Hillary Clinton has struggled with scandal and sinking poll numbers -- to the campaign.

"Well, I think that they will be probably involved at some point because there's a lot of pressure on Hillary right now," Trump speculated, referring to the unfolding controversy over Clinton's emails. "It's been brutal for Hillary. And I think at some point perhaps she's not going to be able to run her campaign... It looks to me like this is top secret stuff. General Petraeus, his life was destroyed by a tiny fraction of what she's done. I don't see how she can run. She's got much bigger problems than running for office."

Trump confirmed he will be reporting for jury duty in New York City on Monday morning, but said he still plans to travel to Iowa this weekend where he will campaign at the famed Iowa State Fair.

Asked if he still plans to give out free helicopter rides to people at the state fair even though the proposal was nixed by fair organizers, Trump said he still wants to do it "for the kids."