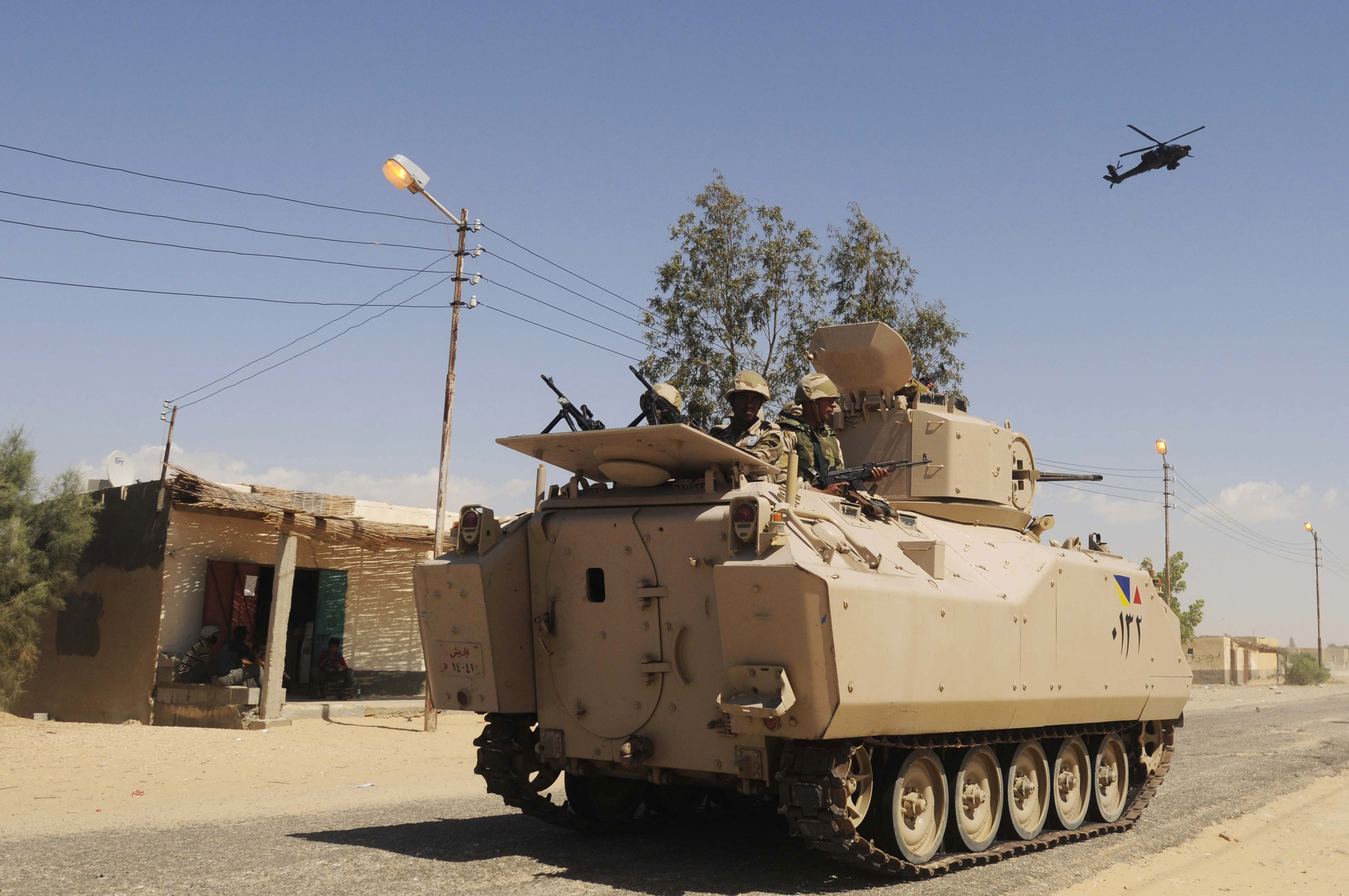 The security officials said the attack in the town of al-Tour significantly damaged the four-story building and set off small fires.

They said the death toll was likely to rise as rescue workers and residents searched for victims under the rubble. The officials spoke on condition of anonymity because they were not authorized to speak to the media.

Islamic militants, some with al Qaeda links, have been targeting security forces daily in northern Sinai in what has increasingly become a full-fledged insurgency.

But the southern part of the strategic peninsula, which includes the popular diving resort of Sharm el-Sheikh, had been peaceful.

Meanwhile, there were unconfirmed reports of separate attacks on security forces in the town of Ismailia, along the Suez Canal which separates Sinai from the rest of Egypt, and in Sharqiyah, further west in the Nile Delta.

There was no confirmation on either of those attacks, which reportedly involved gunmen attacking Army personnel. Arabic media outlets reported multiple fatalities in both attacks.

Security forces and Islamist protesters clashed around the country on Sunday, leaving 51 dead, as a national holiday celebrating the military turned to mayhem. Crowds of Morsi supporters and backers of the military that deposed him poured into the streets and turned on each other.

Morsi supporters fired birdshot and threw firebombs at police who responded with gunshots and tear gas. Streets were left strewn with debris, and the air was thick with tear gas and smoke from burning fires, as the crack of gunfire rang out.

Sunday's death toll of 51 was the highest on a single day since Aug. 14 when security forces raided two sit-in protest camps by Morsi supporters, killing hundreds.

The most worrying flare-up of violence for Egypt's military-backed government in recent months was a suicide bombing targeting the country's interior minister in Cairo in early September.

A jihadi group based in Sinai -- which had previously only attacked targets in the peninsula and in Israel -- claimed responsibility for the attack, which was Egypt's first suicide bombing and a worrying departure from the Sinai groups' normal targeting.

The Egyptian military launched a major offensive in September against the militants in the northern region of Sinai.