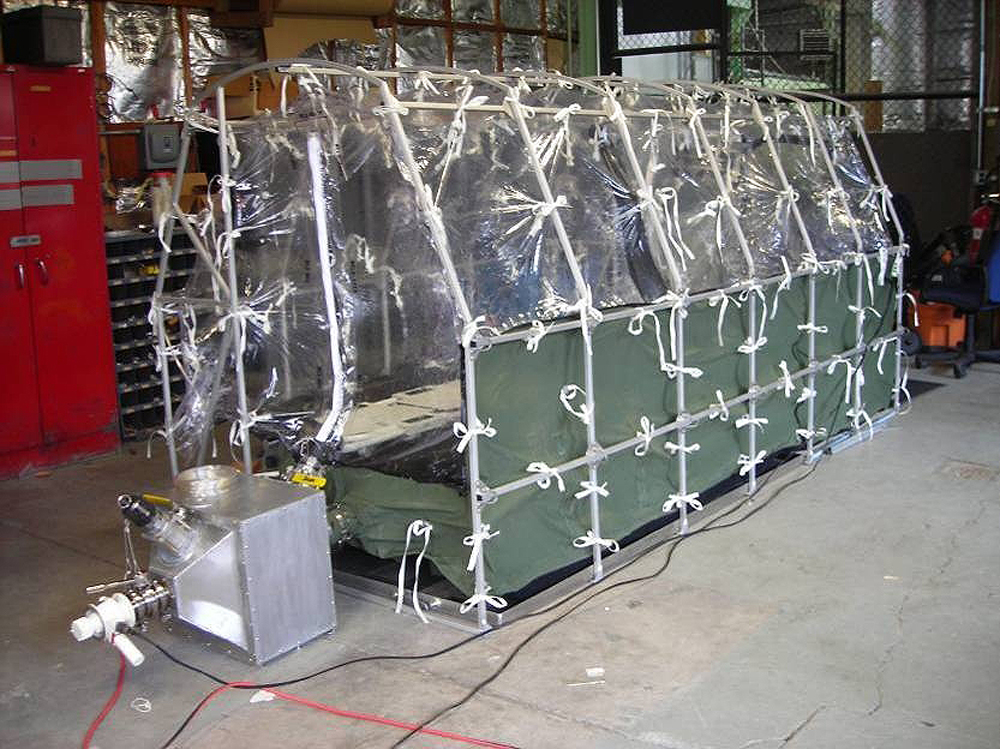 As health officials prepare to transport two Americans stricken with the Ebola virus to the U.S., many people are expressing concern over the public health risks treating these patients may pose to others. The outbreak in West Africa is blamed for more than 700 deaths in Guinea, Sierra Leone and Liberia so far this year, and this will be the first time Ebola patients have been brought to this country.

The two American patients, a doctor and a volunteer working with non-profit health organizations in Liberia, will be transported separately on specially-equipped, private air ambulance flights within the next few days to Emory University School of Medicine for care, according to hospital officials.

Emory spokesman Vincent Dollard said the first patient was expected to arrive Saturday afternoon. It was not immediately clear when the second patient would arrive. Emory is known as one of the country's most sophisticated high-containment medical facilities.

Dr. Bruce Ribner, who specializes in infectious diseases at Emory and will be spearheading care for the patients, said in a news conference Friday that the hospital's staff is trained to care for patients with highly contagious diseases and every safety precaution would be taken to ensure that the patients are well isolated.

"The bottom line is we have an inordinate amount of safety associated with the care of these patients and we do not believe any health care worker, any patient or any visitor to our facility is in any way at risk for this infection," he said.

Ribner said this is the only known case in history that a medical facility in the U.S. has treated patients for Ebola, a virus that has a mortality rate between 60 and 96 percent. However, Ribner said a patient with Marburg virus, another hemorrhagic fever virus similar to Ebola, received treatment at Emory the 1970s.

CBS News chief medical correspondent Dr. Jon LaPook also said the public should not be afraid of Ebola taking hold in the U.S. The conditions and customs that have helped Ebola spread in Africa are not replicated in the U.S. For instance, he noted that in Africa it is common for family members to help prepare a dead relative's body for burial, which can lead to transmission of the virus. In the U.S. this is not the custom.

Emory said in a statement earlier that it has a specially built isolation unit set up in collaboration with the CDC to treat such serious infectious diseases.

"It is is physically separate from other patient areas and has unique equipment and infrastructure that provide an extraordinarily high level of clinical isolation," Emory said. It is one of only four such facilities in the country.

U.S. State Department confirmed earlier Friday that it will help facilitate the evacuation along with officials at the Centers for Disease Control and Prevention. Federal officials did not name the patients, but they have been identified as Dr. Kent Brantly and Nancy Writebol, who are reported to be in serious condition.

Officials from the CDC have not yet commented on the specific protocols that will be used during transport to the hospital and during the patients' care, but isolation is key to preventing the spread of the virus, which is transmitted through blood and other bodily fluids.

A manual published in 2007 by the CDC, "Guidelines for Isolation Precautions: Preventing Transmission of Infectious Agents in Healthcare Settings," outlines protocols that should be adhered when caring for patients with Ebola.

The report recommends health care workers wear single gloves for routine care and double gloves during surgery and other invasive procedures that could potentially pose risk for blood exposure. It's also highly recommended that anyone in contact with an Ebola patient wears eye protection, such as goggles or a face shield, since the disease is easily contracted with fluid contact to the mucous membrane such as the tissue of the eyes. Additionally, health care workers should wear fluid-resistant gowns.

When conducting medical procedures that may offer higher opportunity for exposure to a patient's body fluid -- such as endotracheal intubation, bronchoscopy, suctioning, or autopsy procedures -- even more coverage is recommended.

Ebola is spread from person-to-person transmission, primarily with direct blood and body fluid contact. It is not contagious through the air. The virus also remains active for some time in a dead body; in fact, contact with corpses is especially dangerous since the largest viral loads occur in late stages of the illness.

There is no drug treatment or cure for Ebola. Instead, doctors rely on supportive therapies early on to try to manage symptoms and complications. These may include intravenous fluids and electrolytes for dehydration, maintaining blood pressure, transfusions to replace blood lost due to hemorrhaging, as well as treating any subsequent infections that result from the virus.

"We depend of the body's defense to control the virus, we just have to keep the patient alive long enough in order to survive the infection," said Ribner.

Meanwhile, the National Institute of Allergy and Infectious Disease, a division of the National Institutes of Health, is mobilizing efforts to begin a human trial this fall on an Ebola vaccine. Over the years, scientists have conducted research on a number of vaccines, and though some have been effective in animals, none have successfully provided protection from the virus in humans.