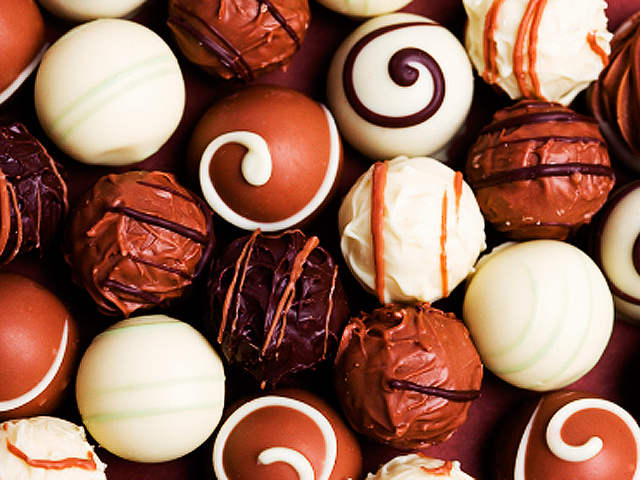 (CBS News) Consuming a moderate amount of chocolate weekly may lower the risk of stroke for men, according to a new study.

For the Swedish study, 37,103 men between the ages of 49 to 75 were asked to complete a food questionnaire that looked at their diet and how often they ate chocolate. Researchers then followed their health records for 10 years to see which of the subjects had a stroke. They identified 1,995 cases of first stroke.

Men who ate about one-third of a cup of chocolate chips a day - which was considered to be the largest amount consumed weekly - had a 17 percent lower risk of stroke or 12 fewer strokes per 100,000 people compared to the group who didn't eat chocolate. For every quarter cup increase of chocolate consumption, stroke risk dropped 14 percent.

"Interestingly, dark chocolate has previously been associated with heart health benefits, but about 90 percent of the chocolate intake in Sweden, including what was consumed during our study, is milk chocolate," study author Susanna C. Larsson, associate professor in the Division of Nutritional Epidemiology, National Institute of Environmental Medicine at the Karolinska Institute in Stockholm, Sweden, said in a press release.

Researchers believe the flavonols may account for why eating chocolate was so healthy. Flavonols, an antioxidant found in cocoa, have been shown in studies to reduce blood pressure and may even help patients who have mild cognitive impairment. Chocolate rich in flavonols was recently given a positive opinion by the European Food Safety Authority (EFSA), the European equivalent of the FDA. If approved by the European Commission, chocolates and cocoas that have a high amount of flavonols will be allowed to carry messages about the positive health claims of the product on their packaging.

"The beneficial effect of chocolate consumption on stroke may be related to the flavonoids in chocolate. Flavonoids appear to be protective against cardiovascular disease through antioxidant, anti-clotting and anti-inflammatory properties. It's also possible that flavonoids in chocolate may decrease blood concentrations of bad cholesterol and reduce blood pressure," Larsson said.

The CBC also pointed out that Swedish chocolates tended to have more cocoa solids than North American products.

But it wasn't only chocolates that added antioxidants to the Swedes' food intake. Apples and pears provided 6.1 percent of the antioxidants found in their diets, and oranges provided 6.2 percent. The scientists added that more research needed to be done on the subject - and men shouldn't use the results as an excuse to chow down on chocolate instead of exercising or eating healthy.

"It should be consumed in moderation," they wrote.

Dr. Suzanne Steinbaum, a cardiologist at Lenox Hill Hospital in New York, explained to WebMD that people shouldn't eat as much chocolate as they can.

"I don't think the message should be run out and eat chocolate to prevent stroke," she says. "You are better off controlling other known stroke risk factors than eating more chocolate."

The study was published online on Aug. 29 by Neurology.