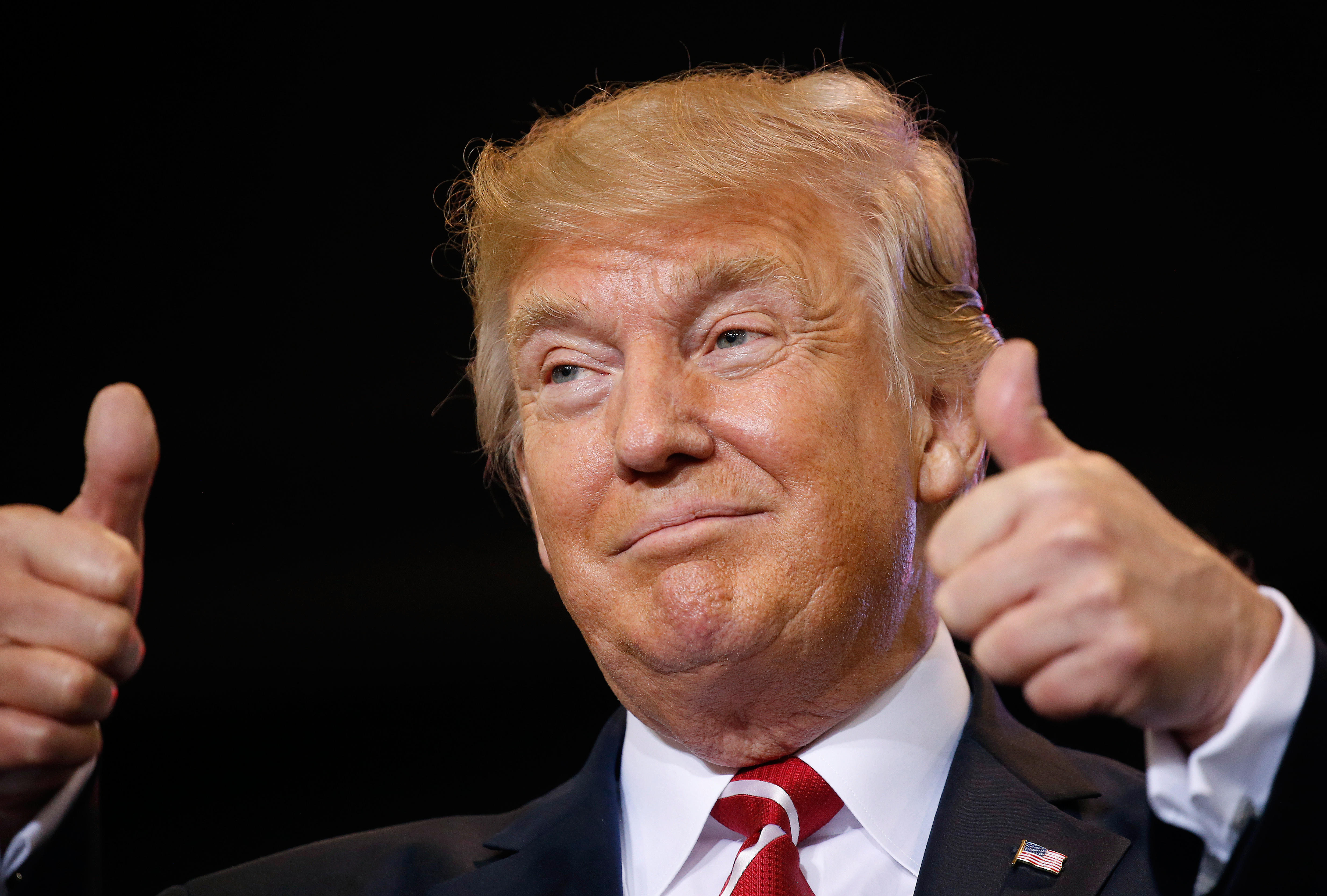 Twitter was known for having a maximum of 140 characters per tweet. But Tuesday, the social media behemoth expanded message length to 280 characters in an attempt to recharge user growth.

It didn't take long for one well-known Twitter user to take advantage of the change: President Trump.

By Tuesday night, the commander in chief used his @realDonaldTrump account to send a few tweets that number more than 200 characters. Two of the tweets followed Mr. Trump's speech in South Korea, which can be seen here and here.

Another tweet had to do with the results of the gubernatorial races in two states. In the following message -- which totals 215 characters -- Mr. Trump calls out Republican Ed Gillespie who failed to win the governor's seat in Virginia:

Earlier Tuesday, Mr. Trump tweeted his first 140+ character count tweet; it previewed his Tuesday night speech in Seoul, South Korea, at the National Assembly. The tweet -- which numbers 216 characters -- also mentions his upcoming visit to China part of his first official trip to Asia as president.

However, some took to Twitter reacting to the company's change -- including Mr. Trump's own son Donald Trump Jr. He says that composing a 140 character count tweet "was an art form" and suggests that Twitter should limit users to sending one expanded tweet per day:

Mr. Trump has famously used Twitter to make major announcements since taking office, many times using a flurry of tweets to express himself. It's not known yet if the president will continue doing that in light of Twitter's change.

One example was in July when he tweeted at 7:55 a.m. using ellipses that kept the world on edge about what exactly Mr. Trump was going to say.

Almost 10 minutes later, Mr. Trump finished his thought to announce a ban on transgender Americans from serving in the U.S. military -- something that was ultimately blocked by federal court.

Twitter says 9 percent of tweets written in English ever hit the 140-character limit causing people to spend more time editing their tweets or not sending them out at all.

"We are making this change after listening and observing a problem our global community was having (it wasn't easy enough to Tweet!), studying data to understand how we could improve, trying it out and listening to your feedback," Aliza Rosen, a product manager at Twitter, said in a post on the company's blog explaining the new policy.