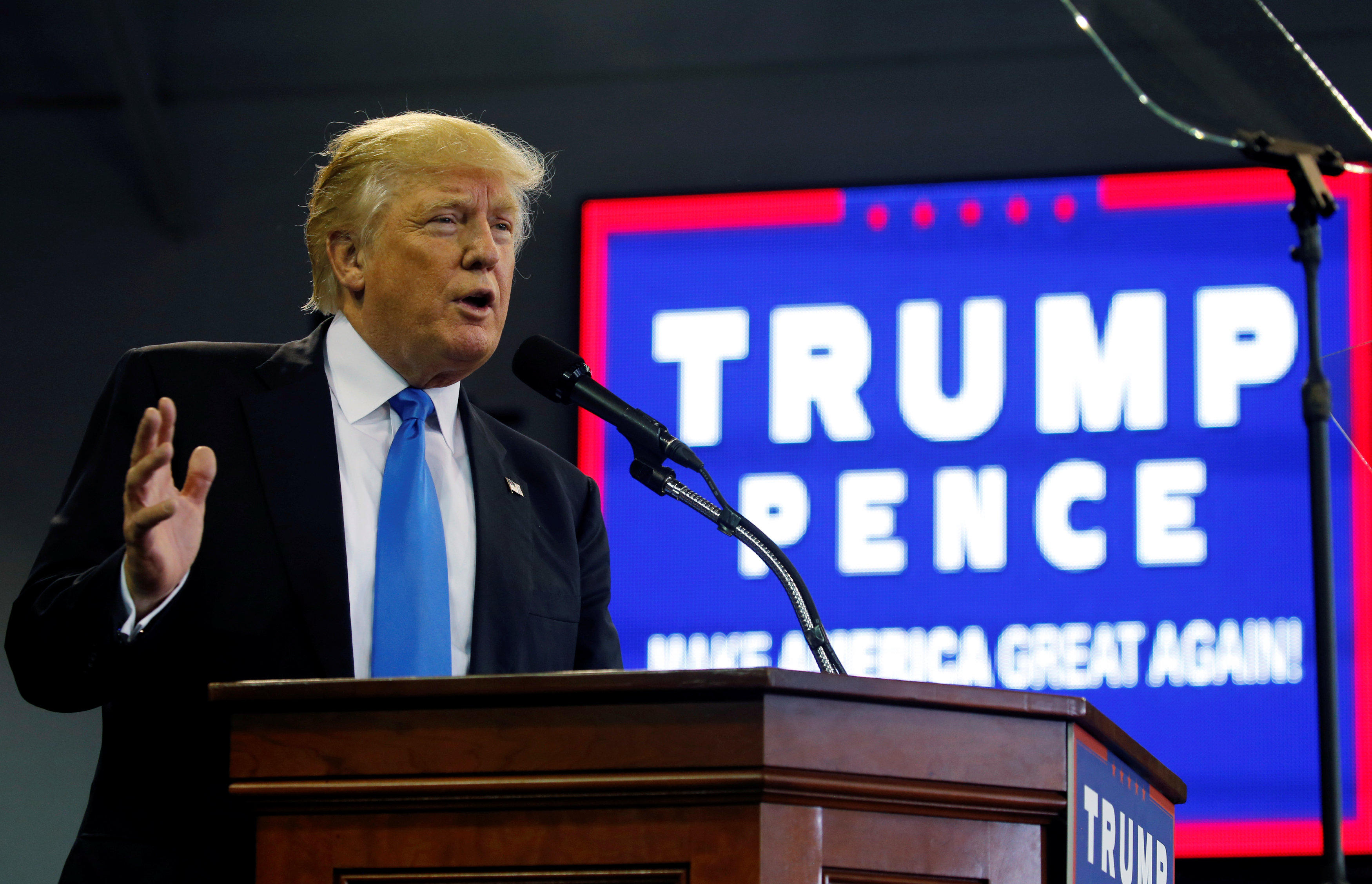 Donald Trump used his charitable foundation to settle lawsuits that involved his businesses, spending more than $250,000 from the Trump Foundation over the last decade.

The revelations, first reported by The Washington Post on Tuesday, detailed how four newly documented expenditures show that he used the foundation’s money to settle a lawsuit with Palm Beach, Florida, another lawsuit involving one of his golf courses in New York, and he spent money to buy a portrait of himself at a charity fundraiser. CBS News confirmed all of these expenditures.

The GOP presidential nominee might have violated laws that ban nonprofit leaders from using charity money to benefits their businesses or themselves -- pointed out by the Post, which has reported extensively on the Trump Foundation.

One of the cases involved the height of a flagpole at Trump’s Mar-a-Lago Club in Florida. Palm Beach fined him $120,000 in 2007. The city said it would waive the fines, the Post reported, if the club made a $100,000 donation to a veterans charity. But Trump sent a check to the charity using money from his foundation.

In 2010, a man named Martin Greenberg won a hole-in-one contest at one at one of Trump’s golf courses in Westchester County, New York during a charity tournament. On the 13th hole, he hit a hole-in-one, according to the Washington Post, winning a $1 million prize. The rules stipulated that the ball had to travel 150 yards, but the golf course said the hole was short of that, and he won nothing, according to the Post. Greenberg sued. The golf course agreed to settle the case that would have required it to make a donation to a charity, but instead, the Trump Foundation donated $158,000 to a foundation in Greenberg’s name, the report said.

The remaining amount involved smaller expenditures, the Post said. In 2014, Trump spent $10,000 of his foundation’s money, for example, to buy a portrait of himself at a charity fundraiser, the Post said. That portrait was different from the six-foot tall portrait he bought for $20,000 several years earlier.

This comes as New York Attorney General Eric Schneiderman revealed last week that his office is investigating the Trump Foundation’s activities to see if it violated state law.

Schneiderman explained that the initial line of inquiry involved the breaking of tax laws by his foundation when it made a $25,000 political contribution to Florida Attorney General Pam Bondi. The Washington Post recently reported that the Trump might have also violated IRS rules by spending his nonprofit’s money to buy a $20,000 portrait of himself and a $12,000 autographed football helmet.