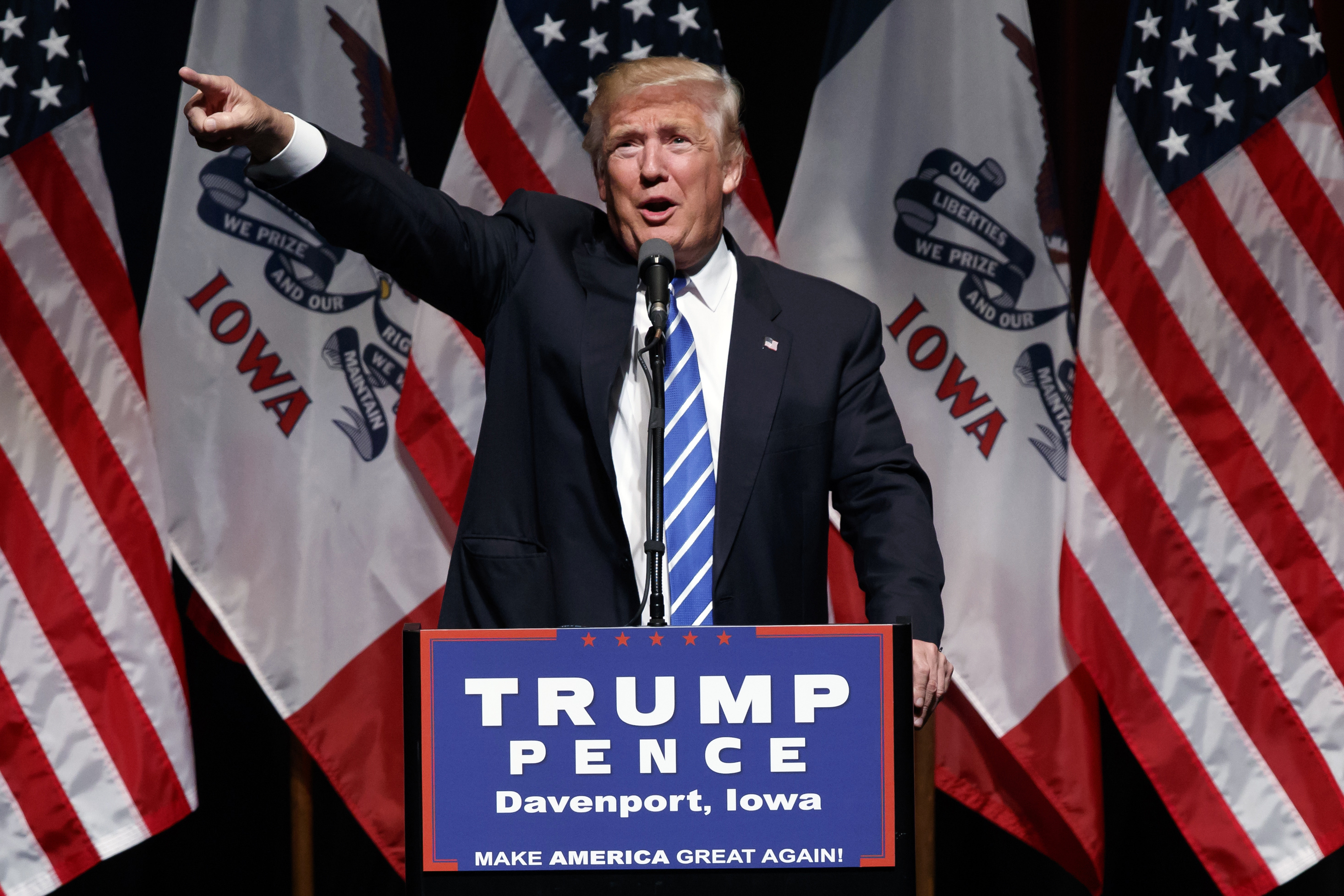 Donald Trump has come under fire for his praise of Russian President Vladimir Putin and his ties to the country--and he suggested Sunday that he might recognize Russia's control of Crimea.

"You know, the people of Crimea, from what I've heard, would rather be with Russia than where they were," he said on ABC's "This Week." "And you have to look at that, also. Now, that was under -- just so you understand, that was done under Obama's administration. ... Crimea has been taken. Don't blame Donald Trump for that."

Trump made those comments just after saying Putin is "not going into Ukraine."

At that point in the interview, moderator George Stephanopoulos reminded Trump of Russia's 2014 annexation of Crimea and other parts of eastern Ukraine--which stands in seeming contradiction with Trump's insistence that Putin will steer clear of the country.

"OK, well, he's there in a certain way, but I'm not there yet," he said. "You have Obama there. And frankly, that whole part of the world is a mess under Obama, with all the strength that you're talking about and all of the power of NATO and all of this, in the meantime, he's going where -- he takes -- takes Crimea."

The topic of Ukraine about the new language in the Republican Party platform on Ukraine, which took out a provision calling for weapons for Ukraine to defend themselves against Russia and the rebels.

Asked why the platform included that change, Trump insisted he had no part in it. "I wasn't involved in that," he said. "Honestly, I was not involved."

In a statement Sunday evening, Clinton Senior Policy Adviser Jake Sullivan said Trump's comments are "scary stuff" but that they "shouldn't surprise us," given his other recent comments about foreign policy issues.

"What is he talking about? Russia is already in Ukraine. Does he not know that? What else doesn't he know?" Sullivan said. "While Trump hasn't mastered basic facts about the world, he has mastered Putin's talking points on Crimea (which, of course, the United States and most of the world still recognizes as part of Ukraine). Today, he gamely repeated Putin's argument that Russia was justified in seizing the sovereign territory of another country by force."