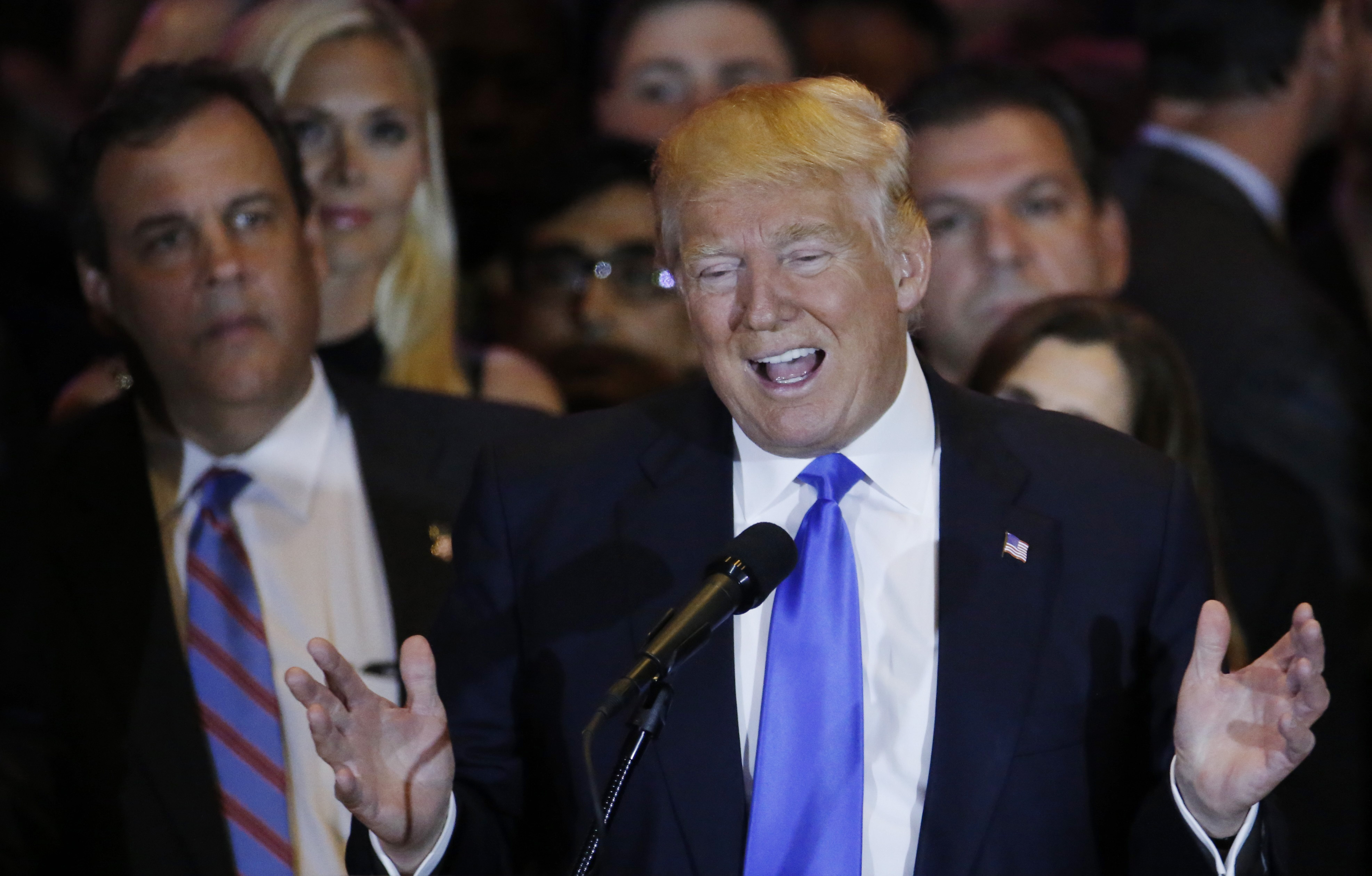 Donald Trump denounced Hillary Clinton's recent comments about being familiar with "men who sometimes get off the reservation," calling the remarks "demeaning to men" in a Sunday interview with Fox News.

"I thought it was a terrible answer," Trump said on "Fox and Friends." "She said, 'I am used to dealing with' -- and what was the word? Go ahead, she used a certain word. 'Men off the reservation.' And I said to myself that's a horrible expression."

The billionaire was responding to remarks Clinton made in a CNN interview last week.

Asked how she plans to handle Trump's attacks of her on the campaign trail, Clinton dismissed them, telling CNN's Jake Tapper, "I have a lot of experience dealing with men who sometimes get off the reservation in the way they behave."

Some activists took to Twitter shortly afterwards slamming Clinton on the phrase "off the reservation" as offensive to Native Americans.

Trump, who has repeatedly trashed the notion of political correctness on the campaign trail, piled on to the criticism Sunday in his "Fox & Friends" interview.

"If I would have used that expression -- maybe in the opposite form -- it would have been a front page story. She uses it and gets away with it," he said. "That's a very demeaning remark to men in my opinion."

"Geraldo would be great" as a running mate, Trump said. "I would get that Spanish vote in two seconds."

Trump, who has called Mexican immigrants "rapists" and criminals, added: "Wouldn't that be good?"

He was also asked a question about Heidi Cruz, the wife of his rival Ted Cruz, and her claims that the Texas senator "is an immigrant" that can "unify this party." Cruz, whose mother was born in Delaware and whose father is Cuban, was born in Calgary, Canada.

The Manhattan businessman dismissed Mrs. Cruz's case that her husband could ever unite Republicans as their nominee: "I assume she's saying he's an immigrant from Canada. Because, you know, he lived in Canada for the first four years of his life. Not an immigrant, like I think she's referring to."

Then, Trump asked: "She's -- I assume -- referring to one of your areas of the world, right, Geraldo?"