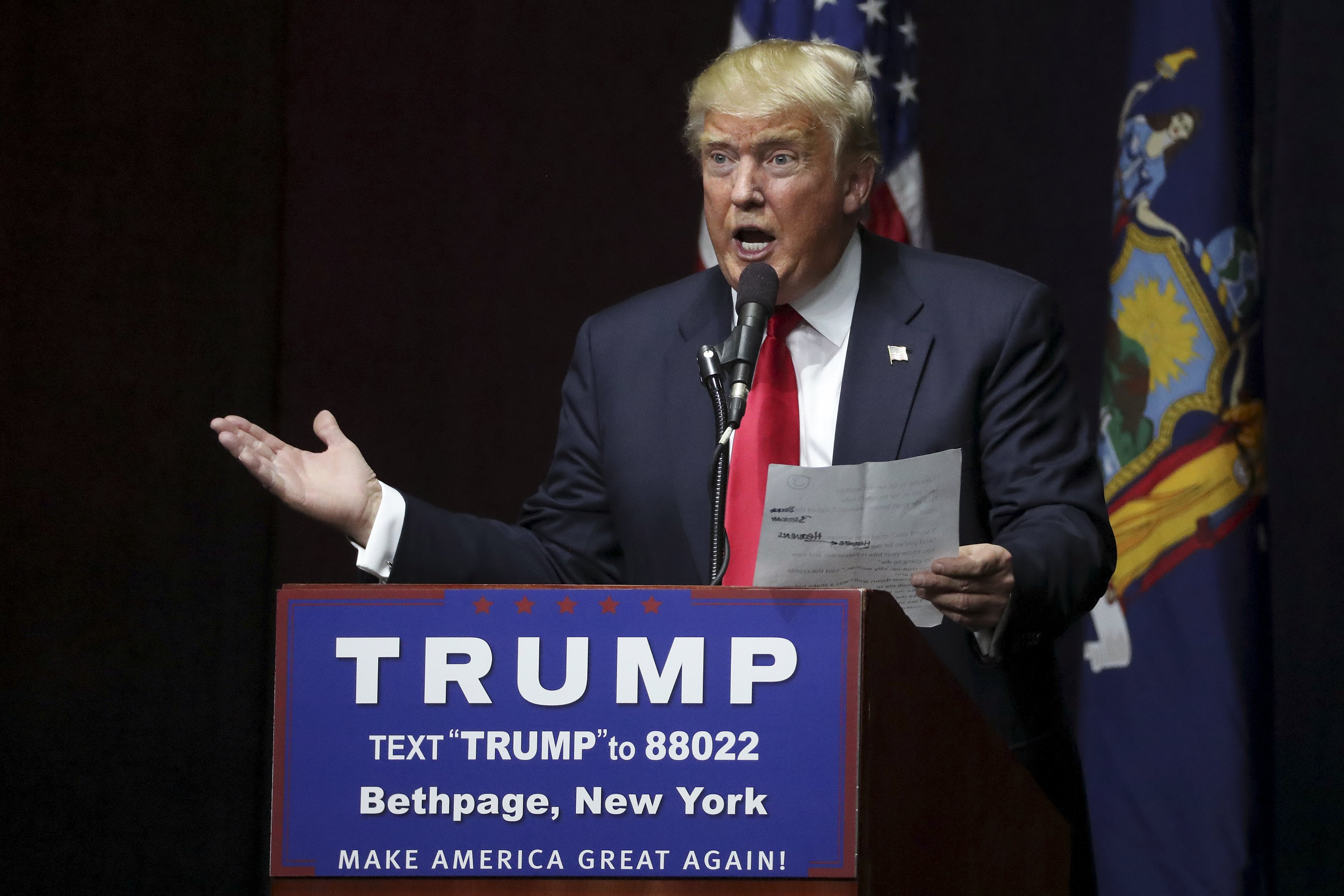 Donald Trump is rescheduling the California trip his campaign had planned for him this week and is instead going to focus first on campaigning in New York.

"The trip to California has been rescheduled. We look forward to campaigning in New York and returning to California in the weeks ahead," Trump spokeswoman Hope Hicks said in a statement.

The campaign had scheduled a Trump press conference at his golf club in Rancho Palos Verdes for Friday afternoon.

California's primary isn't until June 7 while New York's primary is less than two weeks away on April 19.

Trump might not have anything to worry about in New York. A Monmouth University survey released Wednesday found that a majority, 52 percent, of likely GOP voters in the state back Trump. A quarter of Republicans there said they would support John Kasich and Ted Cruz trails with 17 percent support.

Cruz, of course, mocked "New York values" at a GOP presidential debate earlier this year and Trump responded by defending New York and praising its recovery after 9/11.

A CBS News poll released Sunday found that Trump is leading in New York with 52 percent support, Cruz has 21 percent support and Kasich came in third place with 20 percent.

CBS News' latest count has Trump with 743 delegates, Cruz with 506 delegates and Kasich with 143. But even though Trump still leads, because Ted Cruz won Wisconsin on Tuesday, the likelihood of a contested convention is growing.