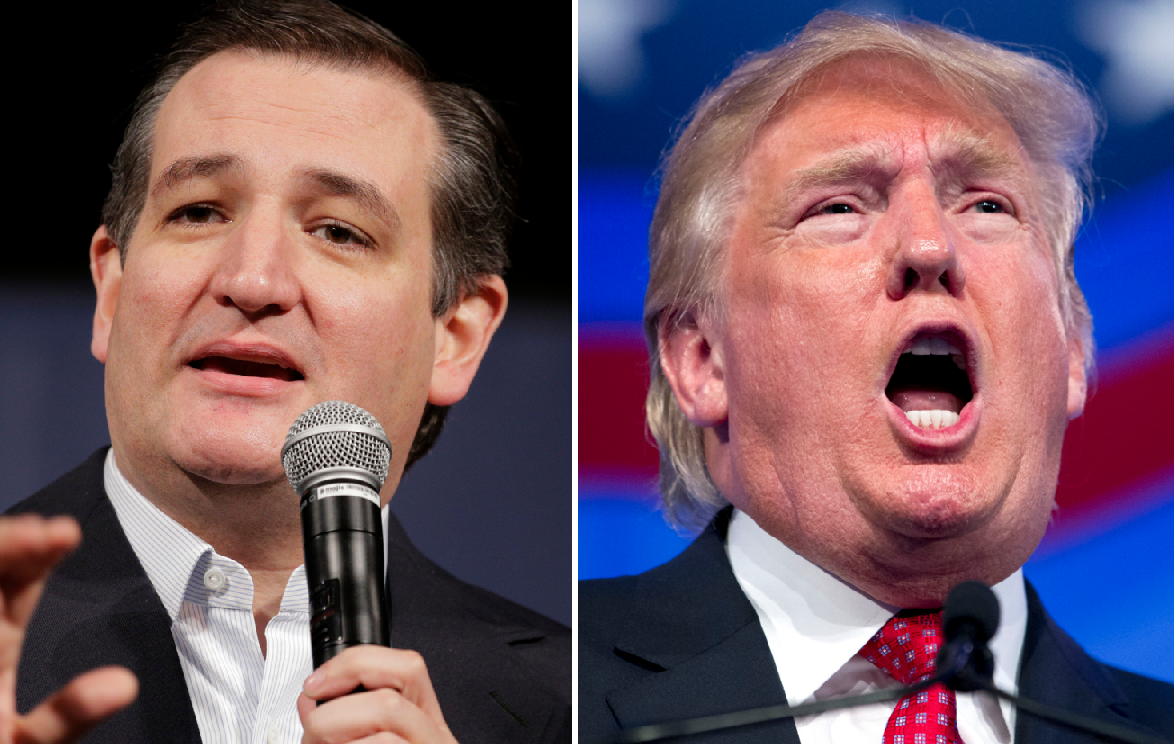 Ted Cruz has the lead in Wisconsin as its primary nears, up 43 percent to 37 percent over Donald Trump in an electorate that plays to Cruz's strengths, where Republicans are apt to call themselves "very" conservative and Cruz seems poised to take advantage.

He dominates among the voters looking for the most "consistent conservative" as their next nominee over other attributes, taking eight in ten of them.

The endorsement of Republican Gov. Scott Walker has been a bit of a boost as well, with Republicans more likely to say it helped Cruz more than hurt.

In Trump's home state of New York, however, Trump has a dominant lead over the field, 52 percent to 21 percent for Cruz and 20 percent for Kasich. The billionaire leads by wide margins as best to handle multiple issues including terrorism, bringing back jobs, and the ability to defeat Hillary Clinton if she is the Democratic nominee.

And in Pennsylvania, coming up at the end of April, Trump also enjoys a strong lead at 47 percent while Cruz and Kasich are well back at 29 percent and 22 percent respectively.

All these contests, in particular Wisconsin's, highlight the divisions among voters in the Republican party. Many of Trump's voters are not only strong supporters, but say they are Republicans who have been interested in this primary mainly because of Trump. On the other side, most Wisconsin voters who are not backing Trump would like to see the party try to stop the businessman at the convention, even if Trump continues to win primaries.

Republicans in all three say their top priority in the next president is to find the "strongest leader," followed in New York and Pennsylvania by someone who can "shake up the system," while Wisconsin voters are more apt to emphasize that conservativism. Nowhere are voters prioritizing experience on policy issues; that ranks lowest on the list in all three states.

And in all these states, as Republicans consistently have in previous primaries, most voters say they feel they've been betrayed by the Republican party.

There isn't a lot of evidence that Donald Trump's most recent controversies have hurt him, at least in terms of costing him supporters, though it may be limiting his ability to convert new supporters. Donald Trump's own supporters -- as well as a large majority of all voters in these states -- feel that Trump can sometimes go too far in the things he says. They are voting for him anyway. And a majority of voters, albeit a smaller one, feels the same about Ted Cruz in these states.

No Republican candidate, in any of these states, finds a majority of voters feeling their views have improved.

On the Democratic side, Bernie Sanders has a very narrow lead in Wisconsin, up 49 percent to 47 percent over Hillary Clinton. In New York Clinton leads Sanders by ten points, 53 percent to 43 percent.

Wisconsin Democrats by a wide margin would like to see the next president follow more progressive policies than President Obama, and are more inclined to believe that trade takes away U.S. jobs, both sentiments that appear to be helping Sanders, even as he trails Clinton on the measure of being prepared to be president.