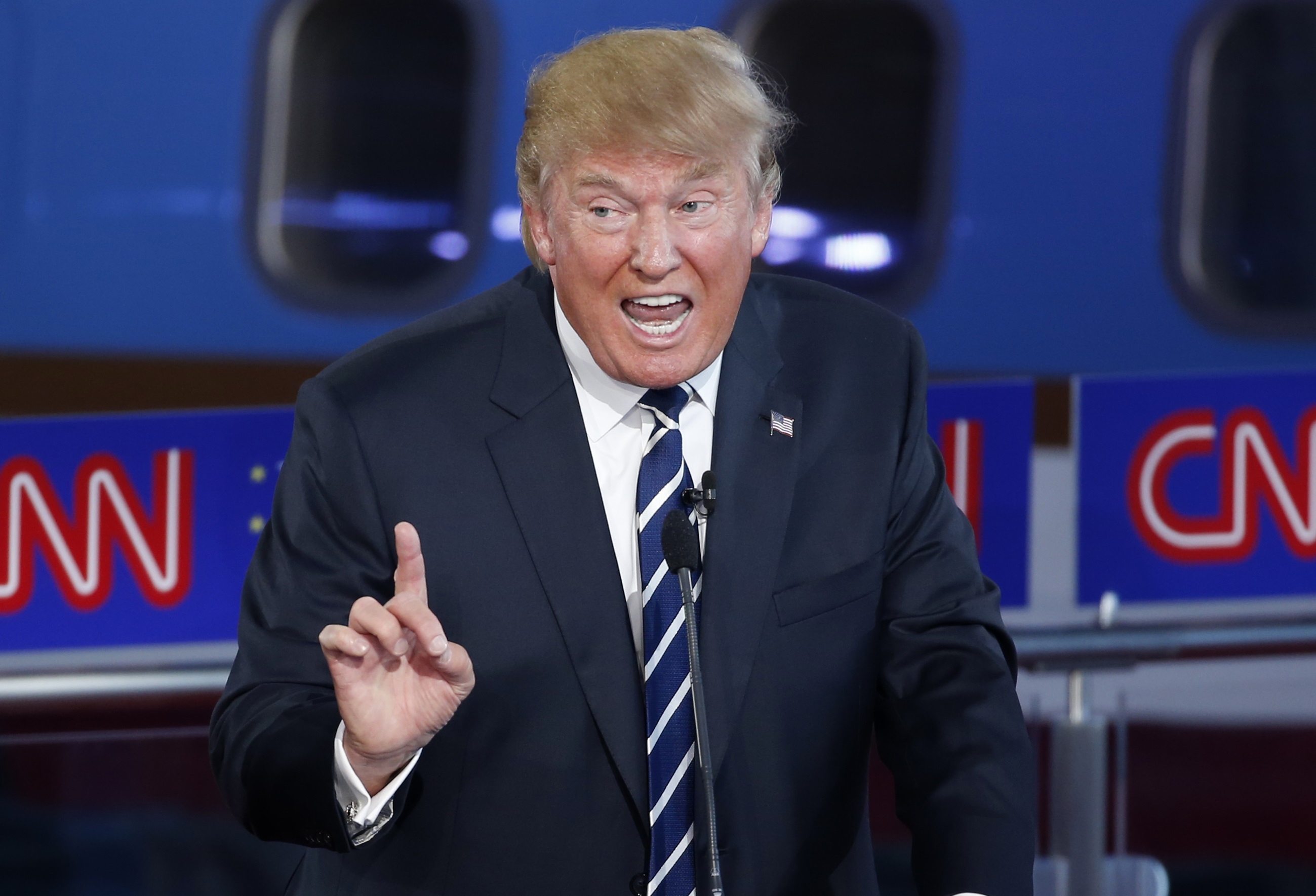 Republican presidential frontrunner Donald Trump on Friday released a policy paper on gun policies that endorses a nationwide right to carry a concealed weapon and a reformed background check system. Trump also outlines his opposition to gun and magazine bans, and he rejects the growing consensus around criminal justice reforms.

"The Second Amendment guarantees a fundamental right that belongs to all law-abiding Americans," the policy paper says in its introduction. "The Constitution doesn't create that right - it ensures that the government can't take it away."

Trump heartily endorses concealed carry permits -- noting that he has one -- and declares that the state-issued permits "should be valid in all 50 states."

"The right of self-defense doesn't stop at the end of your driveway," Trump's policy paper says. "A driver's license works in every state, so it's common sense that a concealed carry permit should work in every state. If we can do that for driving - which is a privilege, not a right - then surely we can do that for concealed carry, which is a right, not a privilege."

Currently, all states allow individuals to carry concealed weapons, though they're subject to different rules. In 2012, as many as 40 states recognized concealed carry permits from other states, according to the nonpartisan Government Accountability Office. Conservatives in Congress like Sen. John Cornyn, R-Texas, have called for a national law that would make all states honor permits from other states.

"Opponents of gun rights try to come up with scary sounding phrases like 'assault weapons', 'military-style weapons' and 'high capacity magazines' to confuse people," the policy paper says. "What they're really talking about are popular semi-automatic rifles and standard magazines that are owned by tens of millions of Americans."

Democrats in Congress in recent years have tried and failed to renew the assault weapons ban or pass bans on high-capacity magazine clips.

Trump also lays out his opposition to rules that prohibit military personnel from carrying firearms on bases or at recruiting centers.

"Every time a person buys a gun from a federally licensed gun dealer - which is the overwhelming majority of all gun purchases - they go through a federal background check," the policy paper says. "Too many states are failing to put criminal and mental health records into the system - and it should go without saying that a system's only going to be as effective as the records that are put into it. What we need to do is fix the system we have and make it work as intended. What we don't need to do is expand a broken system."

Trump's policy paper also lays out his positions on criminal justice reforms and the mental health system. Without changes in these areas, Trump argues, criminal gun use will continue, prompting more calls for limits on gun owners.

While there's been a growing, bipartisan consensus around the notion that the criminal justice system is too draconian, Trump clearly rejects that notion.

"We need to get serious about prosecuting violent criminals," the policy paper says. "Violent crime in cities like Baltimore, Chicago and many others is out of control. Drug dealers and gang members are given a slap on the wrist and turned loose on the street. This needs to stop."

"It said that if a violent felon uses a gun to commit a crime, you will be prosecuted in federal court and go to prison for five years - no parole or early release," the paper explains. "Obama's former Attorney General, Eric Holder, called that a 'cookie cutter' program. That's ridiculous. I call that program a success. Murders committed with guns in Richmond decreased by over 60% when Project Exile was in place - in the first two years of the program alone, 350 armed felons were taken off the street."

Trump also endorses expanding the mental health system. He does not specify what programs should be expanded or the level of tax dollars that should be invested in mental health.

"All of the tragic mass murders that occurred in the past several years have something in common - there were red flags that were ignored," the policy paper says.