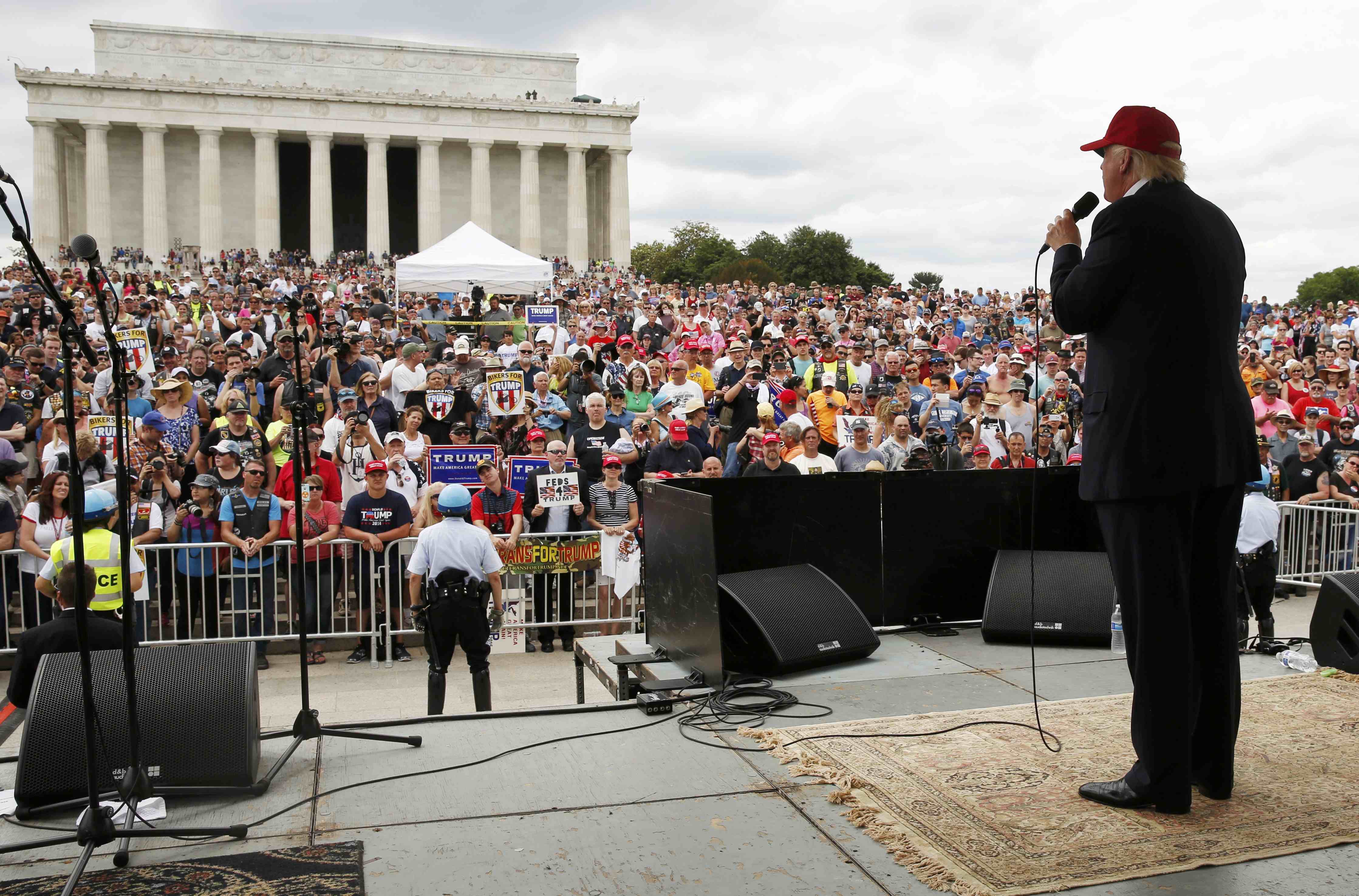 Donald Trump asserted that more than half a million people attempted to attend his speech to the Rolling Thunder bikers DC Sunday.

"We have the biggest rallies by far, far bigger than Bernie Sanders,'" he told a crowd in front of the Lincoln Memorial on the National Mall. "Far bigger. I mean, look at today. They say you have 600,000 people here trying to get in."

A crowd count wasn't immediately available, but the space in front of the Lincoln Memorial was far from filled up.

Trump said he expected his speech would be reminiscent of Dr. Martin Luther King Jr., referring to King's 1963 "I Have A Dream" speech on the steps of the Lincoln Memorial, but that crowd restrictions kept it from being as big.

"I thought this would be like Dr. Martin Luther King where people were lined up from here all the way to the Washington Monument," he said. "But unfortunately they aren't allowed to come in."

Trump used the "hundreds of thousands" figure earlier in his speech as well, saying they all rode in on "the most beautiful bikes I've ever seen in my life."

"You have all these people on the roads and they're all waving and going crazy," he said. "We've got to do this next year where Rolling Thunder allows everybody to be here."

Trump praised all of the bikers that attend his rallies across the country, saying they're "tough" but "there is love and it's an incredible feeling."

In a shorter-than-usual stump speech, Trump hit many of his usual points. He touted his recent endorsement from the National Rifle Association--"they endorsed Donald Trump sooner than they have ever endorsed any candidate ever before," he said--and said Democratic candidate Hillary Clinton "wants to abolish the Second Amendment."

Trump also said his campaign will on Tuesday be announcing a list of veterans' groups that has received part of the $6 million he reportedly raised for veterans over the course of his campaign. As of last week, Trump had still not donated the $1 million of his own money he'd pledged; when numerous news outlets reported on the discrepancy, his campaign announced he had finally made the donation.

He also noted that less than a year ago when he announced his campaign, no one thought he could win the Republican nomination. "By the way, who the hell would have thought this was going to happen?" he asked, to cheers from the crowd.

Trump repeated a frequent line about the decline of the country, saying the United States "doesn't win anymore."