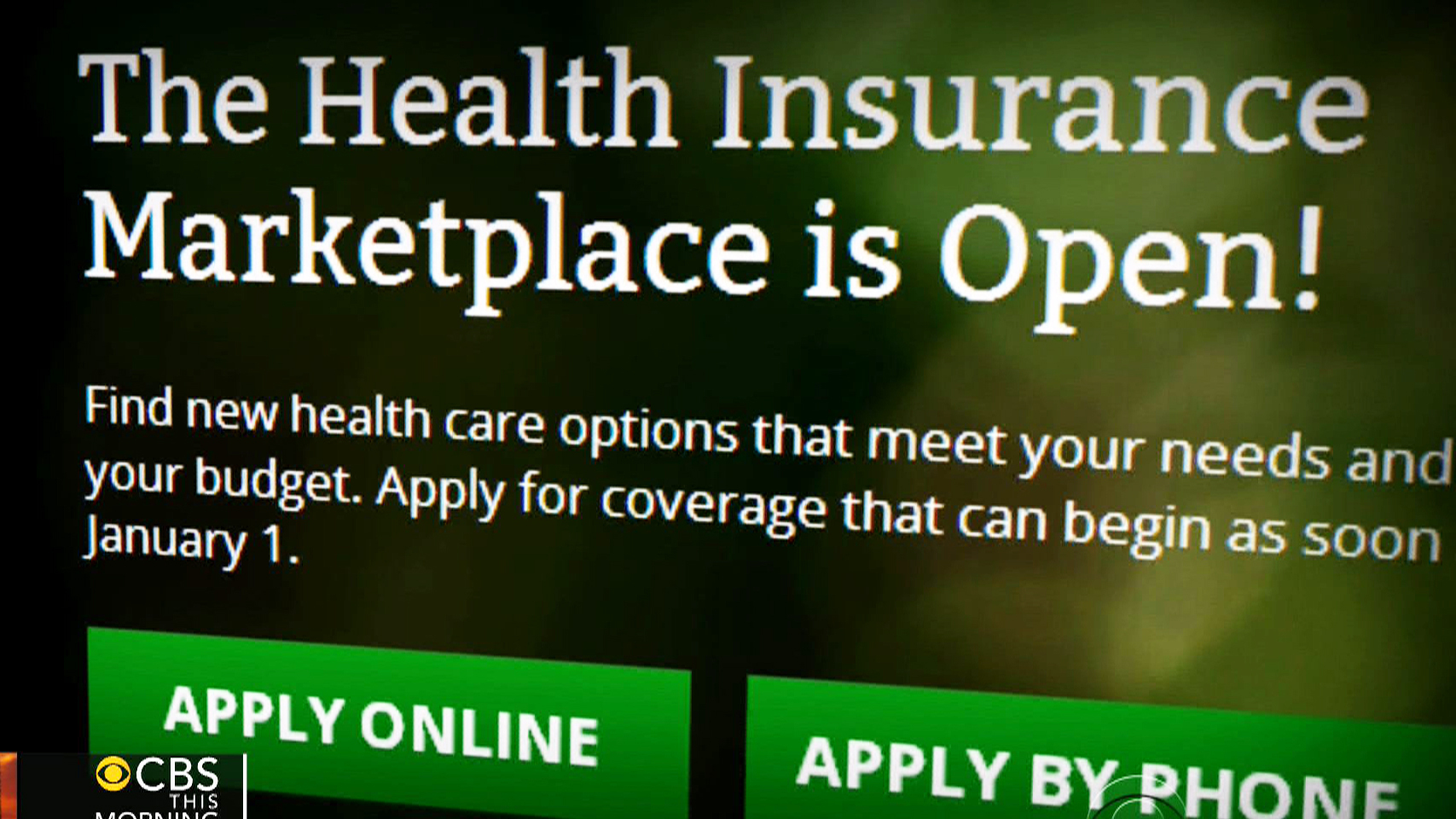 As the Obama administration works on improving HealthCare.gov, the dysfunctional Obamacare website, the threat of a so-called "death spiral" hangs over them.

HealthCare.gov serves as the portal to the new Obamacare insurance marketplace for consumers in 36 states. If those consumers continue having trouble accessing the marketplace, as CBS News business analyst Jill Schlesinger recently put it, "there is a huge risk this plan goes down the tubes."

The success of the marketplace depends on sufficient enrollment -- particularly the enrollment of younger, healthier people. Given all the problems with HealthCare.gov, there's concern that only the sickest, most motivated consumers will persevere through the enrollment process. Insurers would then, in theory, pass on the costs of that sicker market to consumers in the form of higher premiums. That would prompt even more healthy people to leave the market, creating the dreaded "death spiral."

"It looks to me like we are going to end up in what's called an insurance death spiral, because if the young healthy people don't pay more for their insurance, and you have older sicker people, it's going to go down, down," Sen. John Barrasso, R-Wyo., said on Fox News Tuesday. "And then you are looking at, to me, a massive government bailout of this entire health care law."

The government will have to fix HealthCare.gov to hold up the new marketplace, but there are other elements in the law that will prevent the "death spiral" from kicking in. The system of subsidies for consumers on the market, along with mechanisms like "reinsurance" and "risk corridors" designed to stabilize the market, should keep premiums from spiraling out of control.

Perhaps most critically, consumers have until the end of March to actually join the new marketplace.

"If the website gets working by around Nov. 30 as they've suggested, that leaves plenty of time to do outreach and get people signed up," Larry Levitt, a senior vice president at the Kaiser Family Foundation, said to CBSNews.com. "There's no doubt that people who are sick and need insurance and who have been locked out of the market are persevering. The real key... is creating a smooth and easy process for young and healthy fence-sitters."

Once open enrollment is closed, the market for 2014 is set. And in fact, premiums on the exchange for 2014 are going to be lower than predicted. Additionally, consumers will have a wide selection of plans to choose from: an enrollee in one of the 36 states served by HealthCare.gov will be able to choose from an average of 53 different plans.

It's no surprise the market looks strong for 2014 -- it offers a large potential new market for insurers. The nonpartisan Congressional Budget Office predicted earlier this year that about 7 million people will sign up during the six-month open enrollment period. By 2023, 25 million are expected to be on the new marketplace.

"How do insurers interpret from year one, and what do they assume for year two?" Levitt asked. "That will determine how they set their premiums, or even if they stay in the market."

Some health policy experts like Joseph Antos of the American Enterprise Institute contend that premiums won't rise dramatically, since they have to be approved by state insurance commissioners, who have been under political pressure to keep premiums low. That pressure is only likely to increase next year, in an election year.

Before the passage of the Affordable Care Act, rates ebbed and flowed with the market, Antos said but "it's hard to be a state commissioner now and not take an interest in premiums."

Yet even if premiums shot up for 2015, many consumers on the new marketplace may not even notice because the extra cost would be covered by the government.

Subsidies for the exchange will be available to individuals with household incomes between 100 and 400 percent of the federal poverty level -- taking into account factors like family size. According to the Kaiser Family Foundation, 52 percent of people on the marketplace are expected to qualify for subsidies (another 38 percent will qualify for Medicaid, a government program, leaving only 10 percent of enrollees without any government assistance).

Along with subsidies, there are other mechanisms built into the Affordable Care Act designed to prop up the new individual health insurance market. For instance, the "reinsurance" program taxes all insurance plans -- including employer-provided insurance -- and reimburses the individual market for its high-risk enrollees. The reinsurance program is pumping $10 billion into the marketplace.

"If insurers end up with high claims, part of that is paid for with this," Levitt explained.

Additionally, insurers can rely on "risk corridors," which enable the government to share in the risks and gains of the marketplace. If the cost of insuring people is lower than expected, insurers pay into a pool, and if it's higher than expected, they can draw from that pool.

"The expectation is that it'd even out, but it is possible if a much sicker group of people enrolled, there could be a cost to taxpayers," Levitt said. However, if this were the case, the net total cost to taxpayers could even out, Levitt explained -- a smaller market could mean an expense in the risk corridor, but it would also mean the government would be paying out less in subsidies.

Rather than raising premiums, insurers could simply abandon a weak marketplace. Levitt, however, said it's unlikely that the market would collapse that quickly.

"Even if enrollment is low at first, the potential market is still quite large," he said. "My guess is that the major insurers would stick it out... Everyone's expectations for enrollment in the first year are modest to begin with."

That said, he added, "The first month hasn't quite gone quite as expected, either."