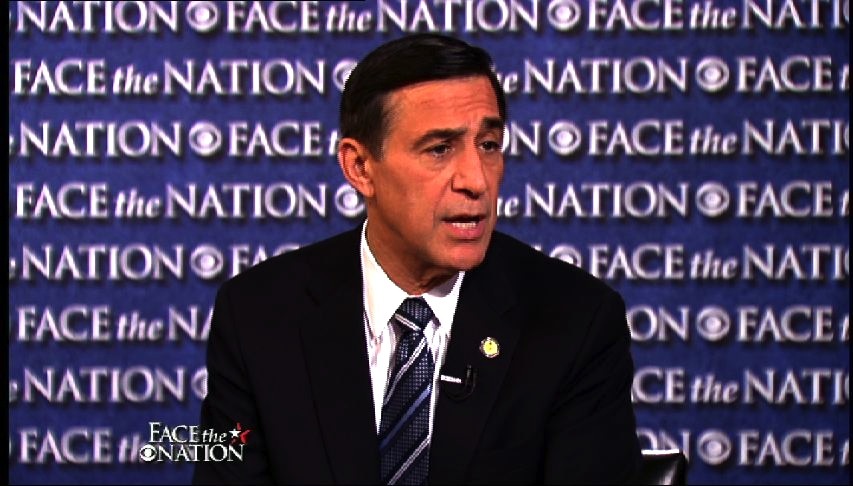 The Republican head of the House Oversight Committee on Thursday announced he's subpoenaed Health and Human Services Secretary Kathleen Sebelius for the information regarding the botched HealthCare.gov launch that she's so far declined to hand over voluntarily.

Specifically, committee chairman Darrell Issa, R-Calif., has called on HHS to hand over documents on the number of people who attempted to enroll in an insurance plan through HealthCare.gov and the number who did so successfully, as well as a full documentation of the efforts to test the site.

Issa and Sen. Lamar Alexander, R-Tenn., initially asked for the information on Oct. 10 and again on Oct. 24.

"The Administration's failure to provide answers about what led to the disastrous launch of HealthCare.gov and what is being done to fix it is completely unacceptable," Issa said in a statement. "The evidence is mounting that the website did not go through proper testing, including critical security testing, and that the Administration ignored repeated warnings from contractors about ongoing problems."

Alexander said in a statement that Congress shouldn't have to go to such lengths to get the administration to share "basic information" about the exchanges.

"But apparently that's what it's going to take," Alexander said. "I support Chairman Issa's subpoena for Secretary Sebelius to provide the documents we've requested, and hope it will force open the administration's black box of secrets that are keeping Congress and the entire American public in the dark."

Sebelius on Wednesday made her first appearance on Capitol Hill since the dysfunctional Obamacare website launched on Oct. 1. She told the House Energy and Commerce Committee that HHS can't share data on HealthCare.gov enrollment yet because "the numbers are not reliable" at this point.

"The system isn't functioning, so we are not getting that reliable data," she said. "Insurers who I met with said that that is the case."

Sebelius added, "I want to give you reliable, confirmed data from every state and from the federal marketplace. We have said that we will do that on a monthly basis. By the middle of the month you will have that data, but I don't want to turn over anything that is not confirmed and reliable, and that's what we'll do."

At the White House press briefing Thursday, reporters asked White House spokesman Jay Carney to clarify how they intend to provide enrollment numbers by mid-November if they can't promise the website will be functional before the end of November. Carney didn't seem to have a clear answer.

"Well, the reliability issue has to do with the inputs coming from all different directions, including the federal marketplaces, but also states, also applications and enrollments done by phone and by mail, as well as through in-person enrollment in these centers across the country," he said. "So, you know, I think if you look at the middle of November as a time when you would release information that couldn't be finalized before the last day of October, based on the kind of data that's released for similar kinds of programs, that's pretty standard practice."

Sebelius will appear before Congress again on Wednesday, when she testifies before the Senate Finance Committee.

Meanwhile, the Senate Democratic caucus on Thursday had a closed-door meeting regarding the health care website with White House chief of staff Denis McDonough; Marilyn Tavenner, administrator of the Centers for Medicare & Medicaid Services; and Jeffrey Zients, the former corporate executive tasked with leading the "tech surge" to fix HealthCare.gov. After the meeting, Democratic Senators said there was a lot of frustration in the room but that they received constructive answers to their questions.

"We were all confident the system was going to be up and running on Oct. 1, and now we're not confident until it is real," Sen. Jeff Merkley, D-Ore., said after the meeting.

In a blog post Thursday, HHS gave more details about the participants in the "tech surge."

The team includes dozens of people from the public and private sectors, CMS spokeswoman Julie Bataille wrote, including people from technology companies such as Red Hat and Oracle. Two key members of the surge are Michael Dickerson, a site reliability engineer on leave from Google, and Greg Gershman, a developer and entrepreneur "with experience running agile development teams and creating better user experiences when interacting with government."