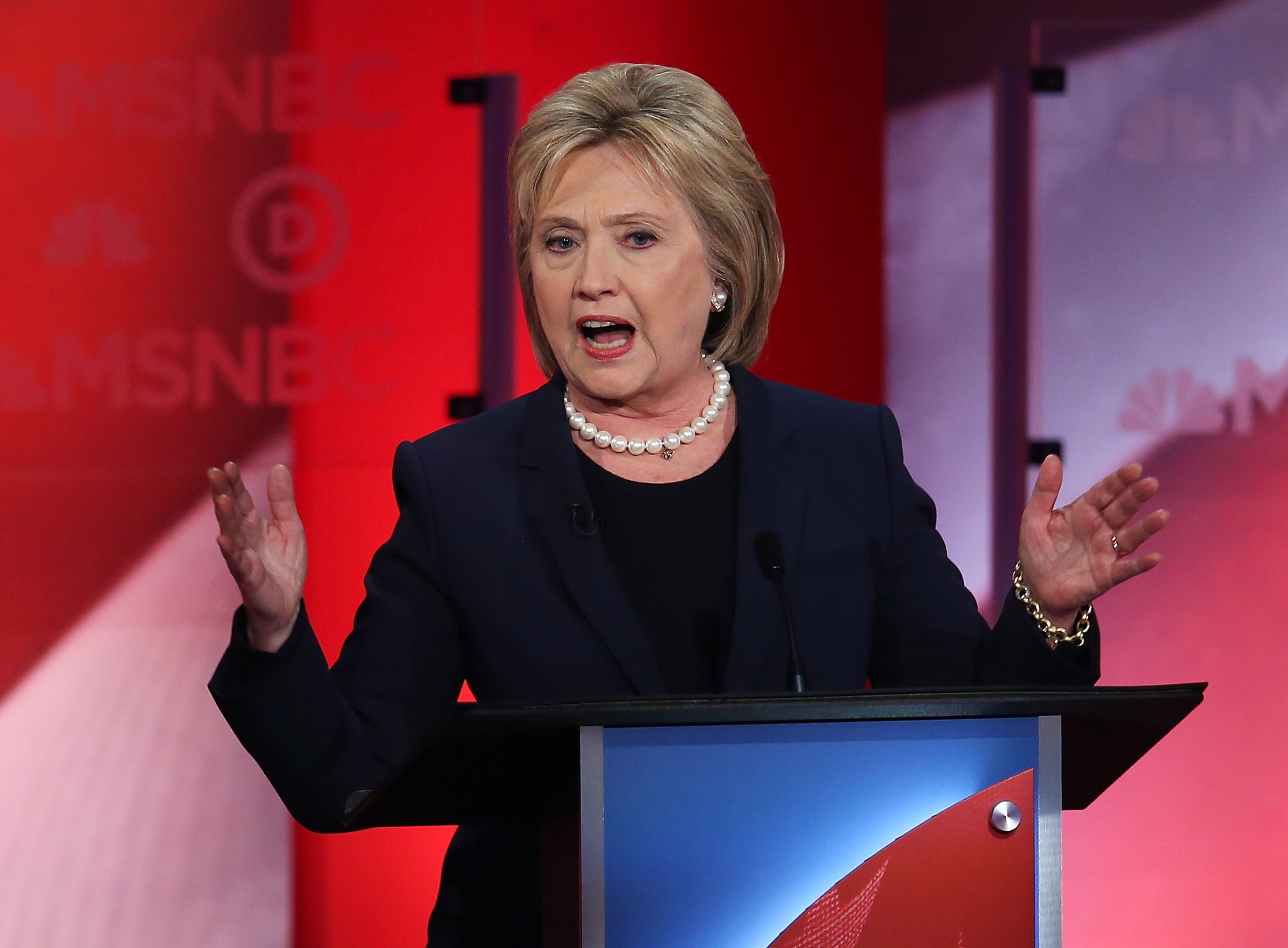 Hillary Clinton isn't exactly promising to release the transcripts of her paid speeches to firms like Goldman Sachs, after taking heat on the issue from Democratic presidential rival Bernie Sanders.

When asked during Thursday night's head-to-head debate in Durham, New Hampshire if she would be willing to make the transcripts of the speeches public -- not just to the investment bank, but all of her paid speeches -- Clinton responded: "I will look into it. I don't know the status, but I will certainly look into it."

"I can only repeat what is the fact that I spoke to a lot of different groups with a lot of different constituents, a lot of different kinds of members about issues that had to do with world affairs," she continued. "I probably described more times than I can remember how stressful it was advising the president about going after bin Laden."

Since leaving the State Department in 2013, Clinton has been paid over $3 million for speaking engagements to banks and other financial services firms. From Goldman Sachs alone, she was paid $675,000 for three speeches.

When asked at a town hall, hosted by CNN on Wednesday night, why she had accepted that high speaking fee to talk with Goldman Sachs, she responded, "That's what they offered."

Earlier in Thursday's debate, Sanders slammed companies like Goldman Sachs specifically as "one of those companies whose illegal activity helped destroy our economy" and led to the American recession.

"But," the Vermont senator added, "this is what a rigged economy and a corrupt campaign finance system and a broken criminal justice is about. These guys are so powerful that not one of the executives on Wall Street has been charged with anything after paying, in this case of Goldman Sachs, a $5 billion fine."

But Clinton went on to defend her policy promises of controlling the financial sector.

"My view on this is look at my record," she said. "Look at what I am proposing, and -- we have a vigorous agreement here. We both want to reign in the excesses of Wall Street."