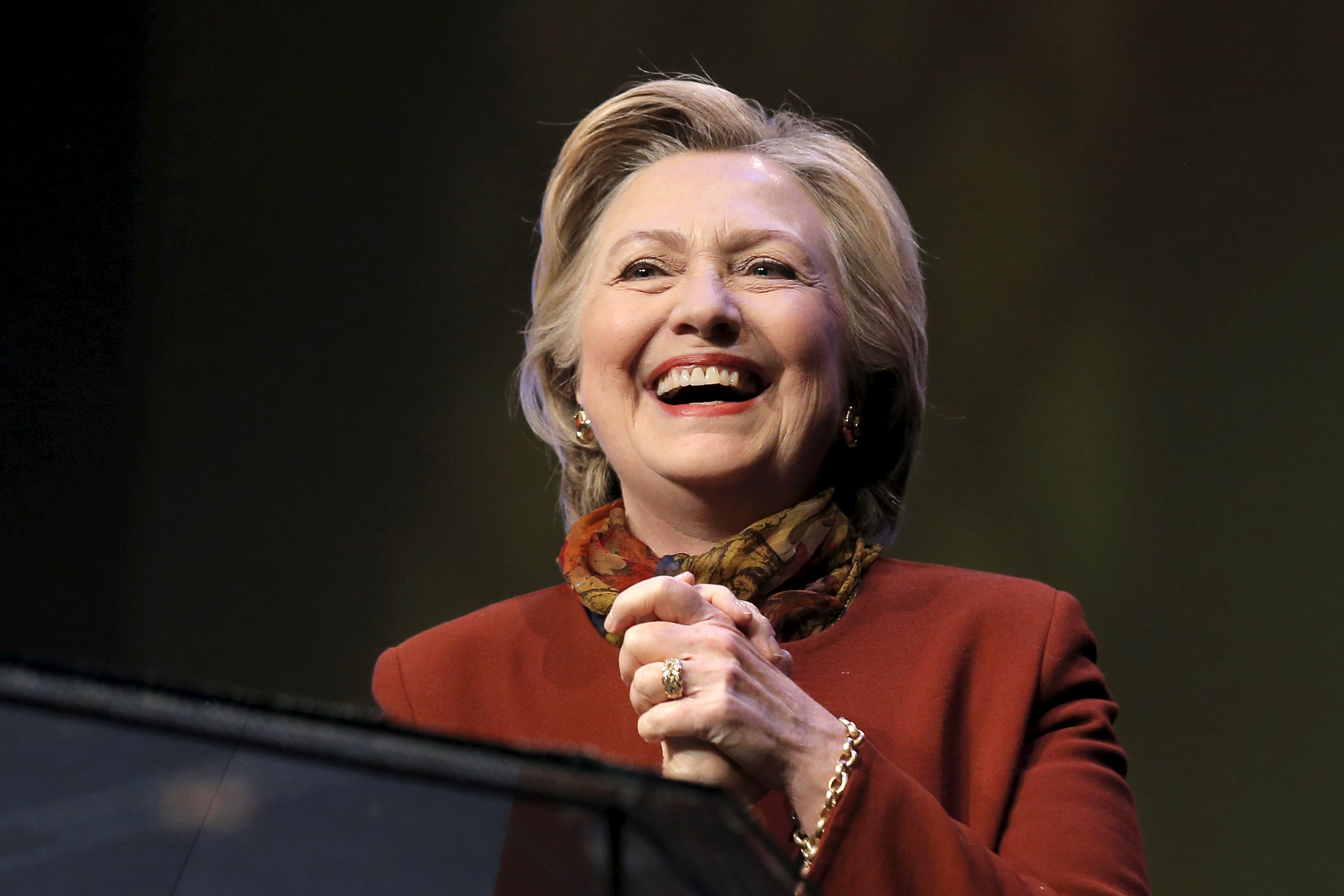 Hillary Clinton said Sunday that she will attend a Democratic presidential debate that is being planned for New York this month.

In a brief interview with NY1 News, political reporter Josh Robin said he hopes Clinton will join the channel for a debate that it's organizing with CNN and potentially the New York Daily News.

Clinton, however, said the same thing in an interview that will air Monday on ABC News' "Good Morning America."

"GMA offered a debate during GMA on Friday the 15th. I'll be there," she said. "I think it's a great opportunity to reach an audience that may not always be able because of other obligations to tune in to debates."

On NBC's "Meet the Press" on Sunday, host Chuck Todd told Clinton that Bernie Sanders has proposed Sunday, April 17 for a debate.

"I'm not negotiating, Chuck," Clinton said. "We've proposed Thursday the 14th which gives people more time to digest what happens in the debate. Is he in?"

On CNN's "State of the Union" on Sunday morning, Sanders didn't seem to be in quite yet.

"I'm not quite sure how that works on our schedule. We may have a major rally being scheduled. We have been talking, I think, to NBC and to CNN, and we're working on a number of dates. First, I'm very glad that the secretary has accepted the challenge to debate in New York. I think we can work out a date that works for her schedule, that works for my schedule," said the independent senator who has been pushing for a debate in Brooklyn.

Sanders' campaign released a press release Sunday afternoon that said he has accepted an invitation from NBC News for a debate on April 10 and said it hopes the Clinton campaign accepts.

"The April 10 debate date is one of four dates that the Sanders campaign had proposed for a debate with Secretary Clinton before the New York primary election. He is available on April 10, 11, 12 or 13. He looks forward to a debate on any of those days," Sanders spokesman Michael Briggs said.

It's not exactly clear where in New York the debate would be held. Clinton's headquarters is based in Brooklyn, which is also where Sanders has opened up a campaign office.

The state holds its primary on April 19. Sanders hopes he can perform well in New York, which is where the Clinton and the former president live and where Clinton served as U.S. senator from 2001 to 2009.

The back-and-forth debate over the debate schedule Sunday is part of an ongoing passive-aggressive fight between the two campaigns.

On Saturday, Clinton's campaign said that it had suggested three potential dates for an additional Democratic debate in New York, but the dates were rejected by Sanders and his aides. One of the dates offered was this Monday, which is when the NCAA championship game will air. As of Saturday, the night of April 14 and the morning of April 15 were still on the table.

Last week, Sanders' campaign manager Jeff Weaver sent a letter to Clinton's campaign manager Robby Mook requesting a debate in New York. After that, a Clinton campaign official warned that Clinton would only consider debating Sanders in New York if he changes his "tone."

Clinton campaign spokesman Brian Fallon said last week that they always intended to participate in the process that would lead to additional debates, but that it would be organized through the Democratic National Committee.