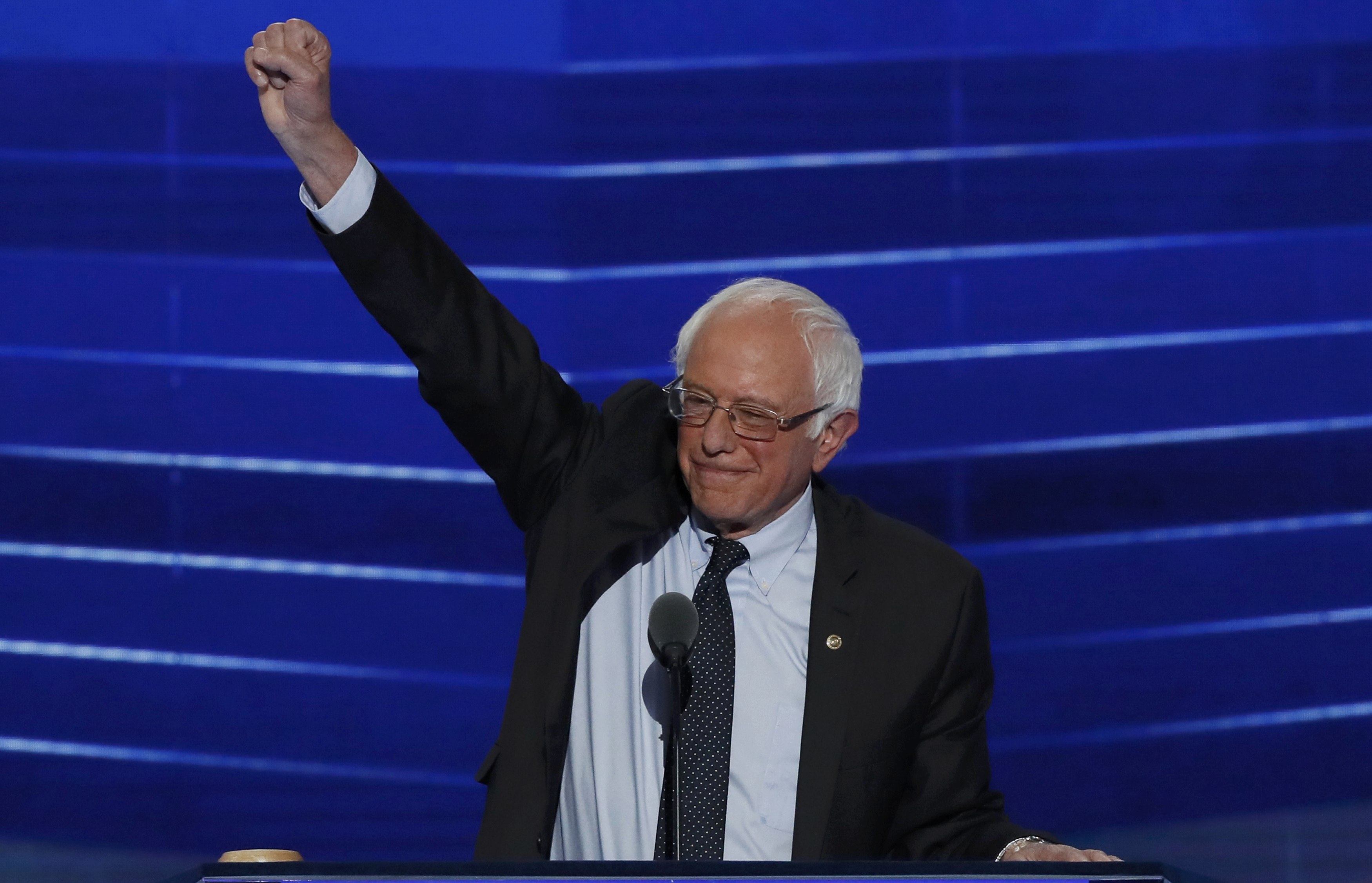 Bernie Sanders stole the search spotlight Monday night on Google, according to highlights of trends released by the search engine.

The Vermont senator was searched about the most and first lady Michelle Obama was the second most searched speaker, Google said. Sen. Elizabeth Warren, D-Massachusetts, came in third, followed by Sen. Cory Booker, D-New Jersey and singer Paul Simon.

Google said there was a 650-percent spike in searches for "Citizens United" after Sanders' speech, which amounted to more searches than those done for the Trans Pacific Partnership.

Both Sanders and Hillary Clinton have vowed to appoint Supreme Court justices who would be prepared to overturn Citizens United, which is a Supreme Court ruling from 2010 that allows corporations and wealthy to donate unlimited amounts of money on direct advocacy for candidates in federal campaigns.

The questions over who built the White House were spurred by the first lady's speech when she said it was built by slaves. According to The White House Historical Association, D.C. commissioners in the 1790s turned to black people who were both enslaved and free "to provide the bulk of the labor that built the White House, the United States Capitol and other early government buildings."