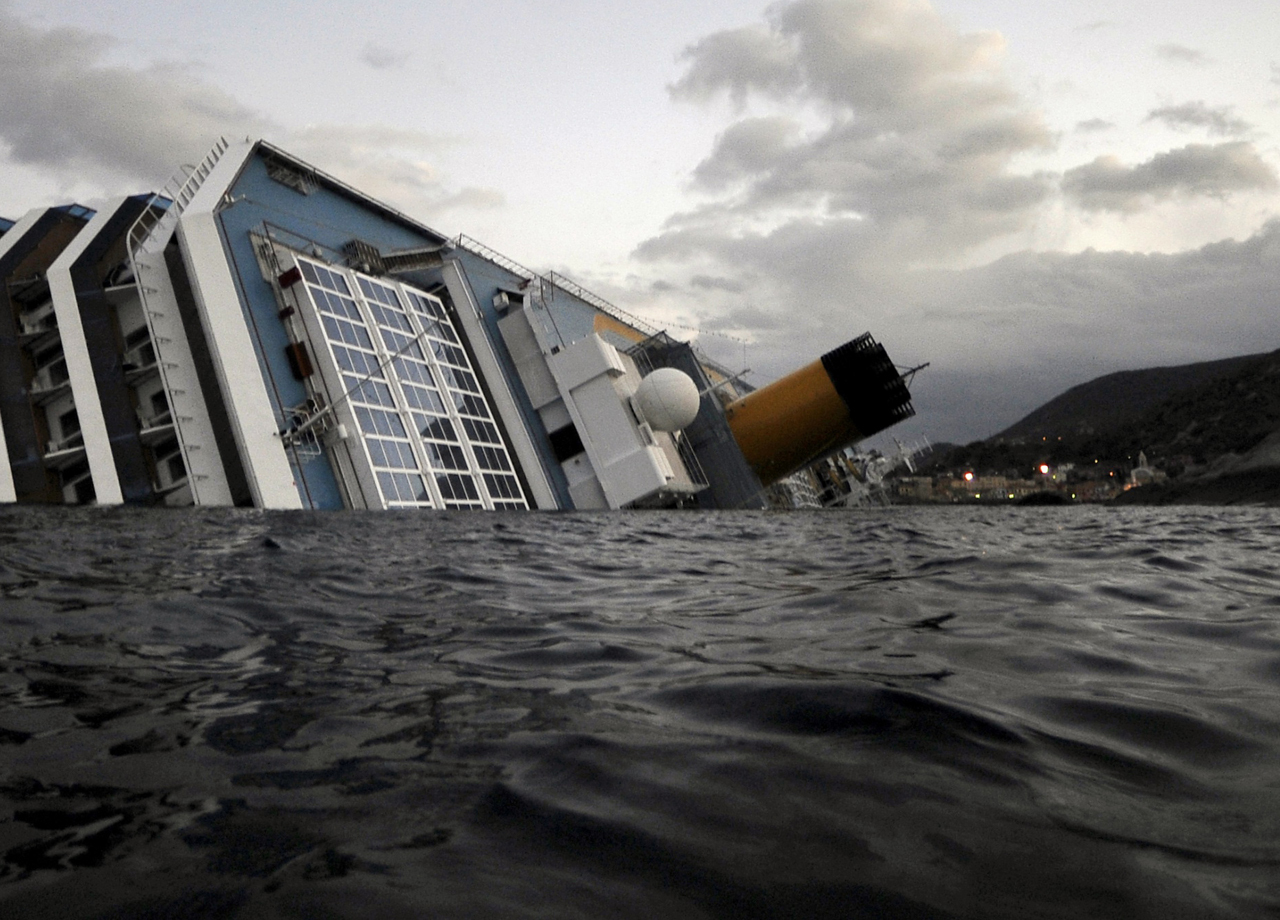 Costa Cruises suggested Sunday that the accident which scuttled the Costa Concordia cruise ship off the Italian coast, resulting in at least five deaths, may be attributed to actions by the ship's captain.

In a statement, the cruise line said that it was working with investigators to find out how the accident occurred. "While the investigation is ongoing, preliminary indications are that there may have been significant human error on the part of the ship's master, Captain Francesco Schettino, which resulted in these grave consequences.

"The route of the vessel appears to have been too close to the shore, and in handling the emergency the captain appears not to have followed standard Costa procedures."

The "black box" recorded detailing communications and navigation data is been examined by Italian authorities.

Schettino was detained for questioning by Italian police on Saturday.

"In light of these accusations and the continuing investigation, it would be inappropriate for us to comment further at this time," the company said.

Schettino joined the cruise line Costa Crociere in 2002 as a safety officer and was appointed captain in 2006.

By Sunday 15 people remain unaccounted for following the late Friday accident, which led to a panicked evacuation of more than 4,000 people to the island of Giglio. Three people have been rescued from within the hulk of the ship, which is resting on its side close to shore.

"We at Costa Cruises are deeply saddened by this tragedy, and our hearts and prayers go out to everyone affected," the company said.

Costa Cruises said its immediate priority is to account for all passengers and crew, and to secure the vessel, ensure no environmental impacts.