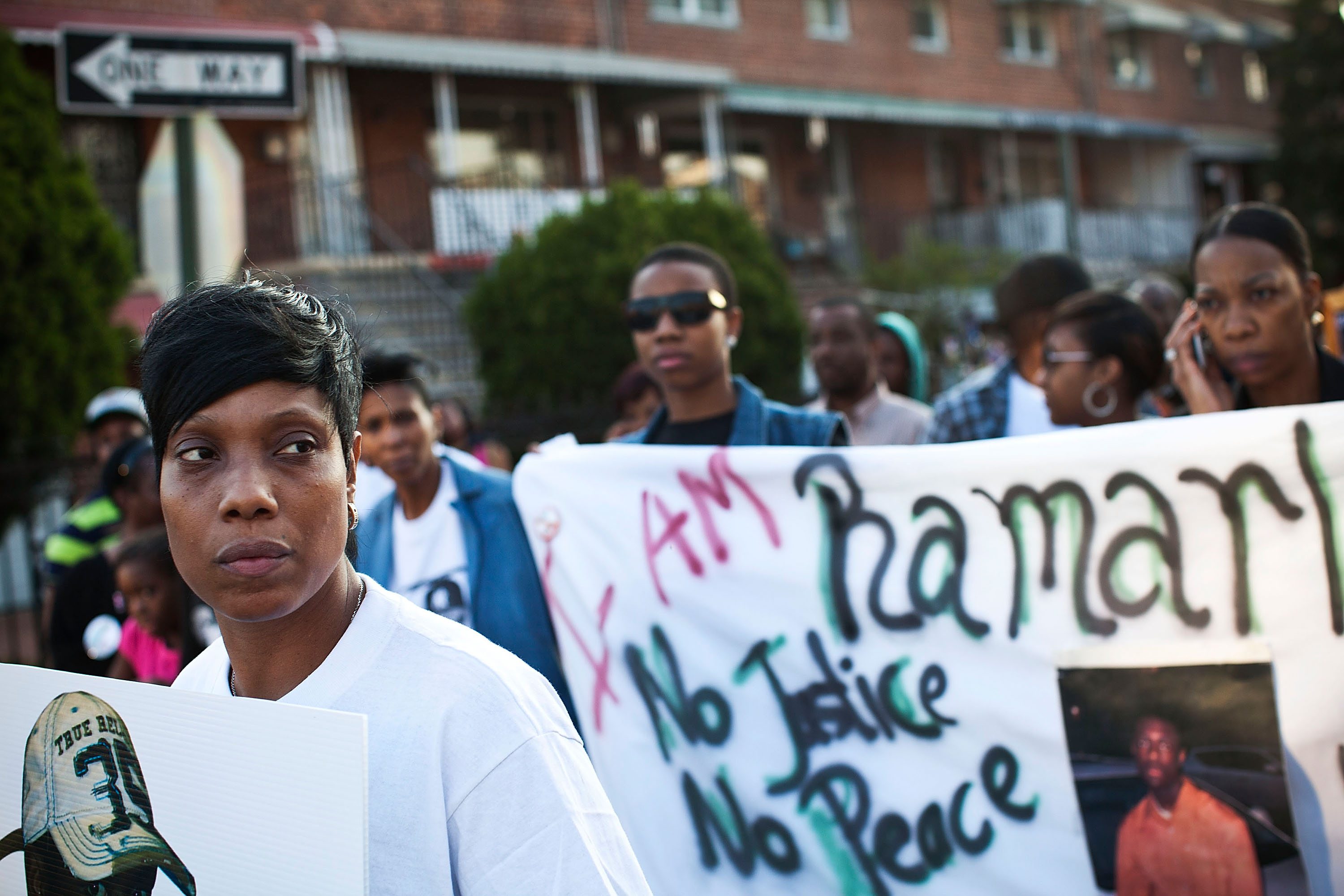 NEW YORK -- New York City agreed Friday to pay $3.9 million to the family of a black Bronx teenager shot to death by a white police officer in 2012.

The deal settled a federal lawsuit brought by the family of 18-year-old Ramarley Graham.

"This was a tragic case," said New York Law Department spokesman Nicholas Paolucci. "After evaluating all the facts, and consulting with key stakeholders such as the NYPD, it was determined that settling the matter was in the best interest of the city."

Graham died after he was shot once in the chest on Feb. 2, 2012, in a tiny bathroom in the three-family home where he lived with his grandmother and other relatives.

According to CBS New York, police said narcotics officers spotted Graham on the street adjusting his waistband and thought he had a gun. When the officers approached, Graham took off running toward his home, authorities said.

Police said officers confronted Graham in the bathroom as he tried to flush marijuana down the toilet. Graham's family said the teen's grandmother and 6-year-old brother were inside the house at the time of the shooting.

Richard Haste, the officer who shot him, said he fired his weapon because he thought he was going to be shot. No weapons were found in the apartment.

Authorities previously said Graham had at least two prior arrests for marijuana and burglary.

Haste was indicted on manslaughter charges in the summer of 2012, but charges were dismissed by a judge who said prosecutors improperly instructed grand jurors to imply they should disregard testimony from police officers that they radioed Haste in advance to warn him that they thought Graham had a pistol. A second grand jury declined to re-indict the officer.

The Graham shooting has been cited during recent demonstrations against police violence after grand juries in Missouri and New York declined to indict police officers in the deaths last year of 18-year-old Michael Brown in the St. Louis suburb of Ferguson and 43-year-old Eric Garner on a Staten Island sidewalk after he was put in a chokehold after he was stopped on suspicion of selling loose, untaxed cigarettes. The deaths fueled a national conversation about policing and race.

The Graham deal adds to a series of settlements in high-profile civil rights claims against police, jail officers and the city under first-term Mayor Bill de Blasio.

His administration reached a $41 million settlement with the "Central Park Five," men wrongly convicted in the vicious 1989 rape and beating of a Central Park jogger; a $10 million pact with a Brooklyn man who spent 15 years in prison after being wrongfully convicted of killing a rabbi, and a $2.75 million settlement with the family of a city jail inmate who died after what his lawyers described as a beating in which jail officers kicked him in the head.

Meanwhile, City Comptroller Scott Stringer's office has pursued a strategy of settling major civil rights claims before lawsuits are filed, CBS New York reported. They include a $6.4 million agreement with David Ranta, whose murder conviction was overturned after he spent 23 years in prison, and a $2.25 million settlement with the family of Jerome Murdough, a mentally ill former Marine who died after being left unattended for hours in a sweltering city jail cell.

In Decmber, Stringer said he would attempt to negotiate a settlement of a $75 million civil rights claim from Garner's family.