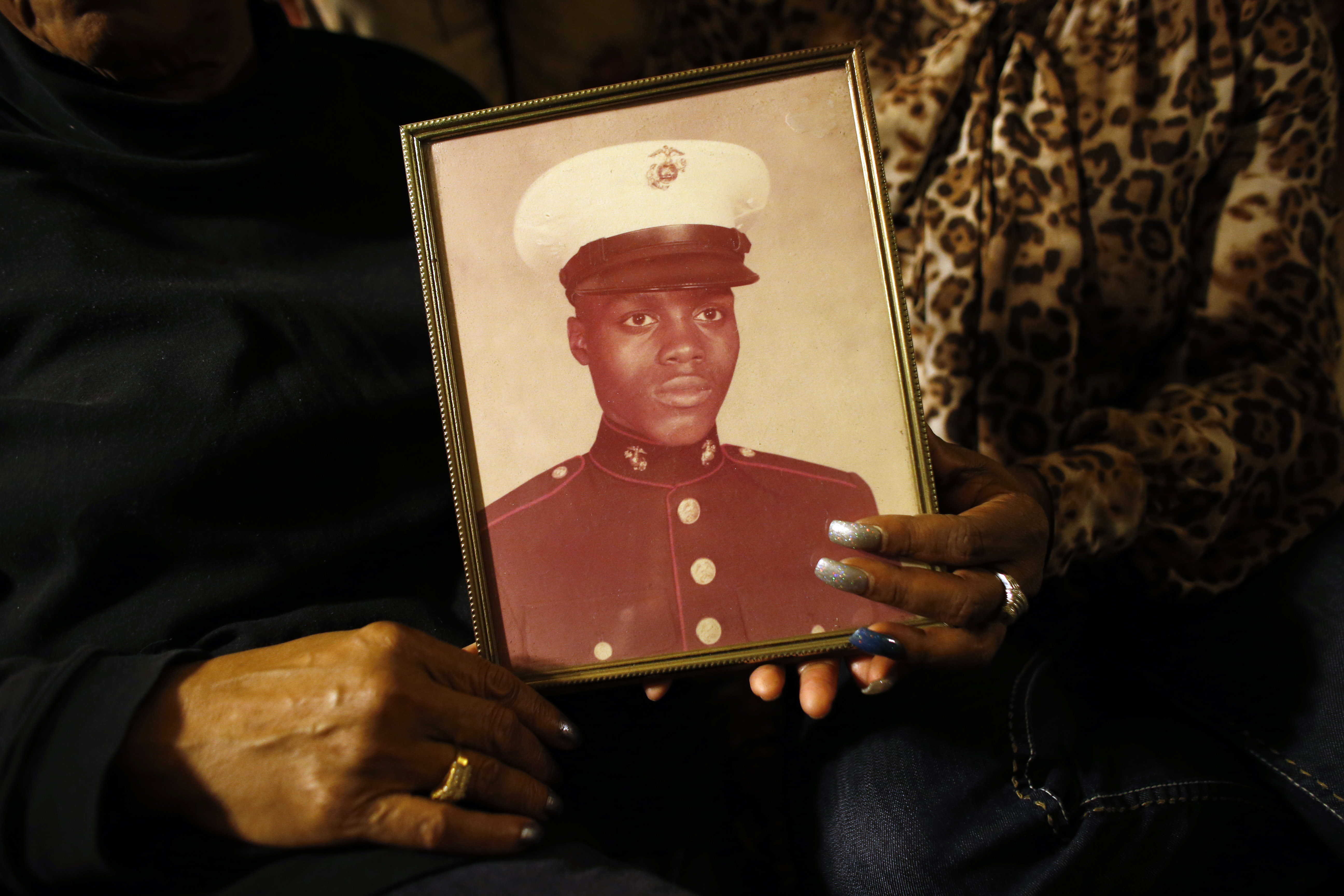 NEW YORK - A jail guard has been arrested in connection with the death of a homeless ex-Marine inside a 101-degree Fahrenheit jail cell in a special Rikers Island unit for mentally ill inmates, prosecutors said Monday.

Carol Lackner, who surrendered to authorities, faces multiple counts of falsifying business records and official misconduct for making logbook entries indicating she toured every half hour to check on 56-year-old Jerome Murdough and other inmates in his unit even though video didn't show her doing so, according to prosecutors in the Bronx.

She faces up to four years if convicted on all counts. Her next court date is Feb. 17. Her lawyer didn't immediately return a request for comment.

The Associated Press first reported the Feb. 15 death of Murdough in the overheated cell, after a city official, speaking on condition of anonymity, said Murdough "basically baked to death" when he was left unchecked for at least four hours as malfunctioning equipment caused his cell to overheat.

Lackner, 34, was suspended for 30 days following Murdough's death after the investigation found she left her post 20 minutes before Murdough was discovered unresponsive in a pool of his own blood and vomit in the hot cell.

Documents obtained by the AP showed she was disciplined by jail officials four years earlier for abandoning her post, leaving Rikers entirely without permission while working in the women's facility of the massive jail complex near LaGuardia International Airport. The AP also reported then that Lackner couldn't be seen making the required tours on surveillance footage despite the logbook entries.

Her attorney, Damond Carter, told the AP in May that Lackner denied accusations that she left her post without permission. He said she had been brought in that night as a relief guard after effectively working three straight shifts and, while she felt the excessive heat, wasn't informed of any complaints regarding it.

Murdough, who suffered from bipolar disorder and schizophrenia, was on psychotropic drugs, which experts say can make a person more sensitive to heat. The medical examiner ruled his death an accident.

His mother, Alma Murdough, had intended to sue over her son's death, but city officials agreed to a $2.25 million settlement before her lawsuit was filed.

Murdough had been arrested on a misdemeanor trespassing charge for sleeping in an enclosed stairwell in a Harlem public housing building and sent to Rikers after being unable to make $2,500 bail. His family didn't learn about his death until they were contacted nearly a month later by the AP.