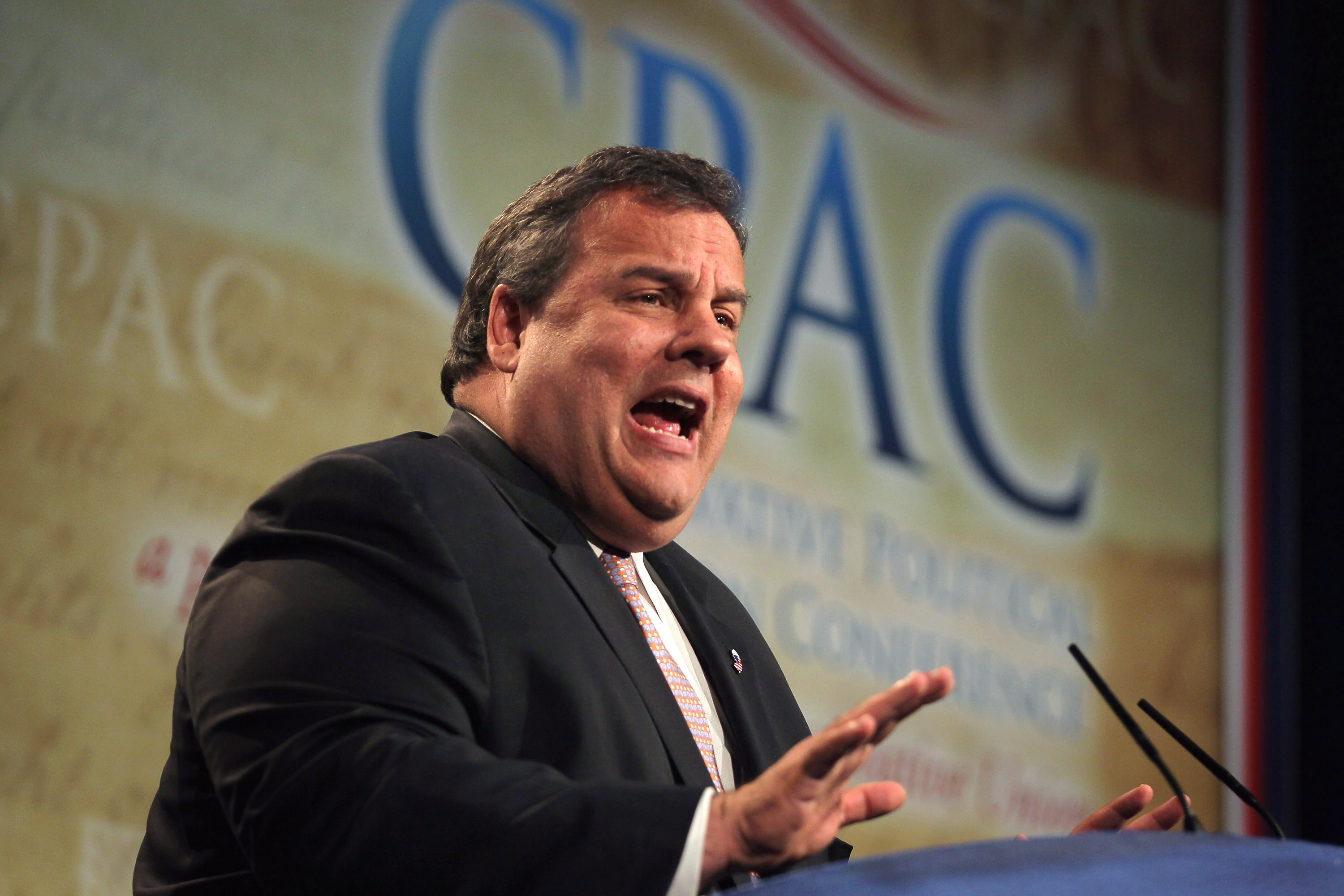 The Conservative Political Action Conference (CPAC) in Washington, D.C. kicks off Thursday, the annual proving ground for Republican up-and-comers to take stock of their position among the party's most ardent members.

For some of the 2016 hopefuls, like Sen. Rand Paul, R-Ky., the conference will reaffirm their popularity among the party's right flank. But for one in particular, New Jersey Gov. Chris Christie, his speech will offer a critical reality check on where he stands with the party faithful.

Christie, at odds with the party in 2013 over his decision to appear with President Obama in the wake of Superstorm Sandy, wasn't even invited to CPAC last year. But this year, even though he's embroiled in a scandal over lane closures on the George Washington Bridge, he has prime speaking slot where the enthusiasm will help show whether the scandal has dashed his hopes for a presidential campaign.

As the head of the Republican Governors Association, Christie will tap into the natural success stories of conservative governors around the country who have had wide berths to legislate compared to their counterparts in Washington. The message is inherently critical of Washington, and he'll also call on conservatives to stop the infighting in the party - which may rankle supporters of Sen. Ted Cruz, R-Texas, who has been a thorn in the side of his colleagues many times this year.

Christie will aim to win points by urging Republicans to stop letting the media define the party, and echo many of his colleagues in calling for the party to build broader alliances.

Though New Jersey residents have seemed content to focus on Sandy recovery and budget priorities in recent months, the scandal has taken a toll. In a McClatchy-Marist poll released in February, he trailed former Secretary of State Hillary Clinton in a head-to-head matchup by a margin of 58 to 37 percent -- a contest where he was in a dead heat as recently as November.

And, in the most recent CBS News/New York Times poll, Christie trailed Paul and former Gov. Jeb Bush, R-Fla., among Republicans who were asked which potential candidates they would like to see run. In fact, more (41 percent) said they would not like Christie to run for president than said they would (31 percent).

The event also stands to be a test for Sen. Marco Rubio, R-Fla., who has seen his popularity decline over the last year after he worked on a bipartisan immigration bill in the Senate that was firmly rejected by the House and then largely stayed out of the public eye. At an unscientific straw poll of attendees in 2013, he received 23 percent of the votes, a mere two percent behind Paul. Rubio has been a vocal critic of the president's foreign policy recently, however, a topic that will undoubtedly win him favor with the audience. The question is whether he can come anywhere close to replicating last year's results.

Paul appeared in 2013 on the heels of his famous 13-hour filibuster of CIA nominee John Brennan, helping secure his 25 percent victory in the straw poll. He's had a good year, with few visible slip ups (evidence of plagiarism in his work and speeches doesn't appear to have left any lasting damage), but there will be other rising stars nipping at his heels.

Sen. Ted Cruz, R-Texas, was already a popular conservative figure when he spoke at least year's gathering, and has only raised his profile further in the past year with a 21-hour filibuster of a spending bill and aggressive efforts to defund the health care law that led to a government shutdown. He got just four percent at the 2013 straw poll last year, but nine percent of Republicans in the much broader Quinnipiac survey earlier this year.

Several of the failed 2012 hopefuls will make an appearance, including Texas Gov. Rick Perry, former Pennsylvania Sen. Rick Santorum, and former House Speaker Newt Gingrich, as well as 2008 candidate and former Arkansas Gov. Mike Huckabee. But perhaps the biggest question mark for the 2016 Republican field won't be there: Jeb Bush.

Bush commands substantial interest among self-identified Republicans, 41 percent of whom said they'd like to see him make a run at the White House in a CBS News/New York Times poll. His mother, former first lady Barbara Bush, has said that the country has had enough of her family and that she hoped her second son wouldn't try for the White House. But on Wednesday, she softened her tone a bit.