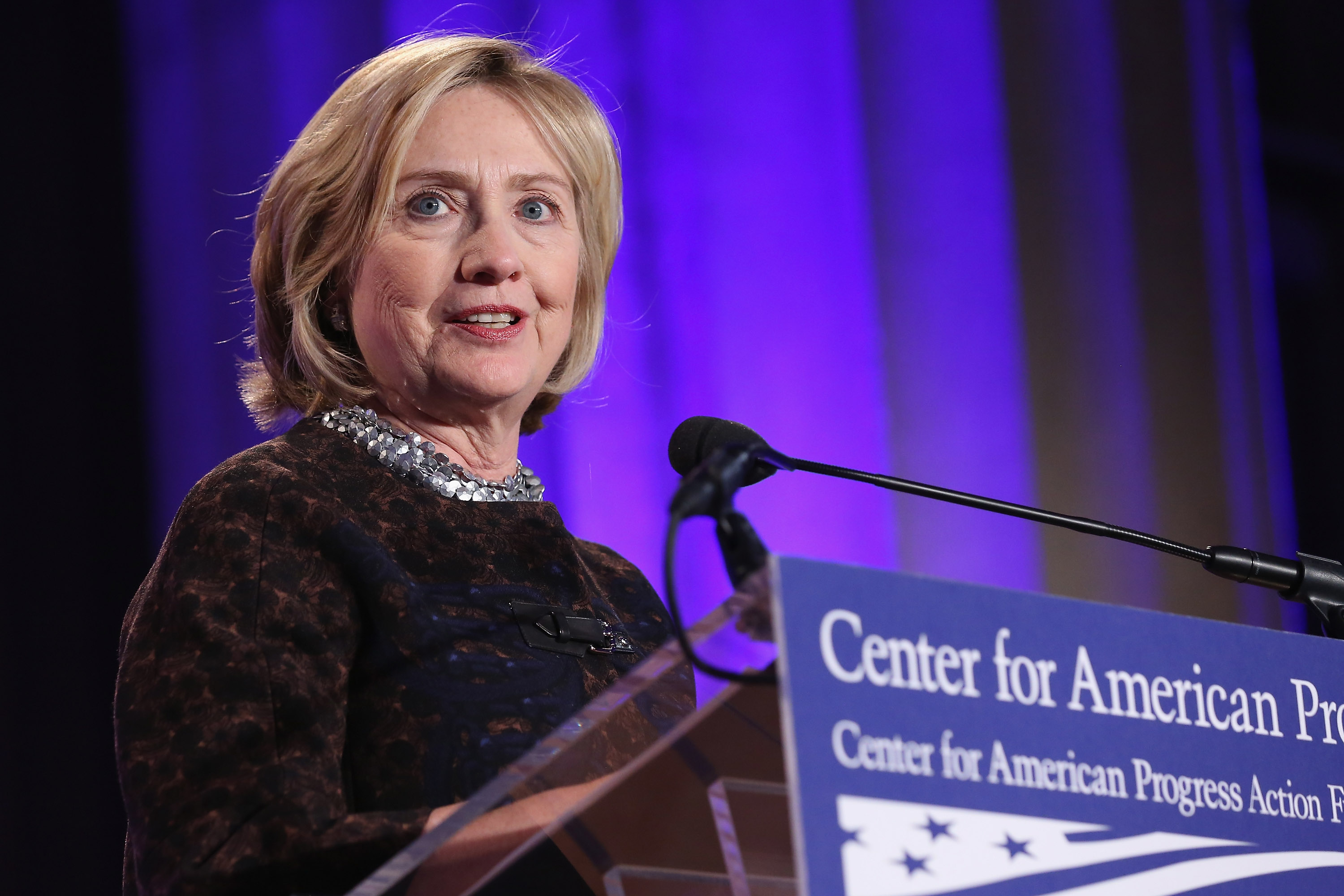 If Republicans are looking for a presidential nominee who could wage a competitive bid against the potential Hillary Clinton juggernaut in 2016, they may have little choice but to nominate New Jersey Gov. Chris Christie, who is fresh off a boffo reelection victory last week.

That's the takeaway from a Quinnipiac poll released Wednesday that showed Clinton handily besting all prospective GOP challengers save Christie, who narrowly edged out the former secretary of state, 43 to 42 percent, among registered voters nationwide.

Before Christie fans get carried away, however, it should be noted that an NBC poll released on Tuesday showed Clinton dispatching Christie in a hypothetical matchup by a margin of 44 to 34 percent.

Pitted against other Republicans in the Quinnipiac poll, Clinton easily came out ahead: She defeated Sen. Rand Paul, R-Ky., and Rep. Paul Ryan, R-Wis., by 49 to 40 percent, and she crushed Sen. Ted Cruz, R-Texas, by a 15 point margin (51 to 36 percent.)

"It's a long way off and no one is officially a candidate yet, but the Hillary Clinton-Chris Christie race to the White House is neck-and-neck before the campaign even saddles up," said Tim Malloy, assistant director of the Quinnipiac University Polling Institute. "Sen. Rand Paul, Vice President Joseph Biden, those other guys better get cracking or they might as well head back to the stables."

Voters also offered yet another damning appraisal of Congress. By a margin of 73 to 20 percent, respondents disapproved of Republicans in Congress. Democrats fared only slightly better, with 62 percent disapproval, and only 30 percent approval.

Despite their slightly better standing among the public, Democrats were tied with Republicans on the generic congressional ballot at 39 percent, down from their 43 to 34 percent advantage in an October 1 poll.

Voters also signaled broad support for a pair of initiatives that some Republicans in Congress have recently vowed to blockade. 66 percent of respondents voiced support for a bill banning workplace discrimination against gay men, lesbians, and transgendered individuals, while only 25 percent were opposed.

Such a bill recently cleared the Senate, and while House GOP leaders have said they're unlikely to take up the measure, their opposition isn't matched by their party faithful: 53 percent of Republican respondents said they supported the measure, and only 34 percent were opposed.

And on immigration reform, a measure that key House Republicans have recently said is unlikely to come up for a vote in 2013, a majority of respondents supported a path to legalization for undocumented immigrants - the keystone of comprehensive immigration reform efforts and the component most hated by foes.

This Quinnipiac poll, based on a survey of 2,545 registered voters nationwide between November 6 and 11, carries a margin of error of plus or minus 1.9 percent.