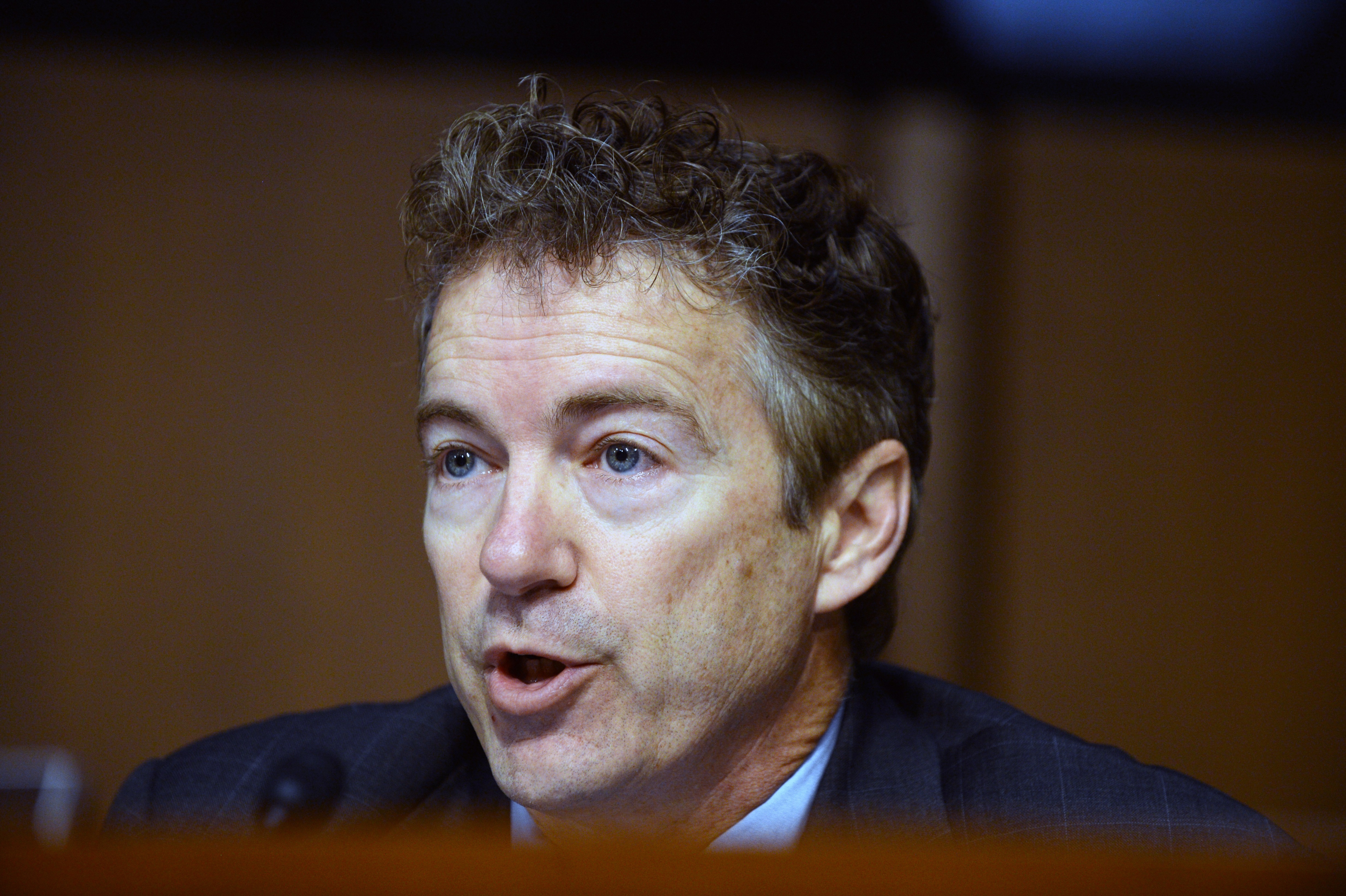 Sen. Rand Paul, R-Ky., is filibustering the nomination of John Brennan to be director of the CIA, delivering a protracted speech on the Senate floor in protest of the Obama administration's controversial drone program, of which Brennan has been a key architect.

Paul, speaking during the debate surrounding Brennan's nomination on the Senate floor, said he would "speak until I can no longer speak" in order to get his point across.

"I rise today to begin to filibuster John Brennan's nomination for the CIA. I will speak until I can no longer speak. I will speak as long as it takes, until the alarm is sounded from coast to coast that our Constitution is important, that your rights to trial by jury are precious, that no American should be killed by a drone on American soil without first being charged with a crime, without first being found to be guilty by a court," he said.

Even though Paul started his speech just before noon ET, he was not technically filibustering Brennan's nomination: In order to do that, he'd have to object to calls for unanimous consent for a full Senate vote, which would then force Senate Majority Leader Harry Reid, D-Nev., to file for cloture. At just after 4:45 p.m. ET, Paul objected to Reid's call for unanimous consent. Once Reid files for cloture, the vote would be delayed by a full day - at this point, the vote would be on Friday morning - and would subsequently require a 60-vote threshold. It is likely that Brennan would draw that support.

Yesterday, Attorney General Eric Holder clarified to Paul in a letter that the U.S. drone policy does authorize the use of military force on against Americans on U.S. soil in cases of "extraordinary circumstance."

Paul, a longstanding opponent of the administration's controversial targeted killing policy, expressed his outrage in a statement following his receipt of the letter and continued that tirade on the floor today.

"That Americans could be killed in a cafe in San Francisco or in a restaurant in Houston or at their home in bowling green, Kentucky, is an abomination," Paul said. "I object to people becoming so fearful they gradually give up their rights."

"I don't rise to oppose John Brennan's nomination simply for the person," he said. "I rise today for the principle."